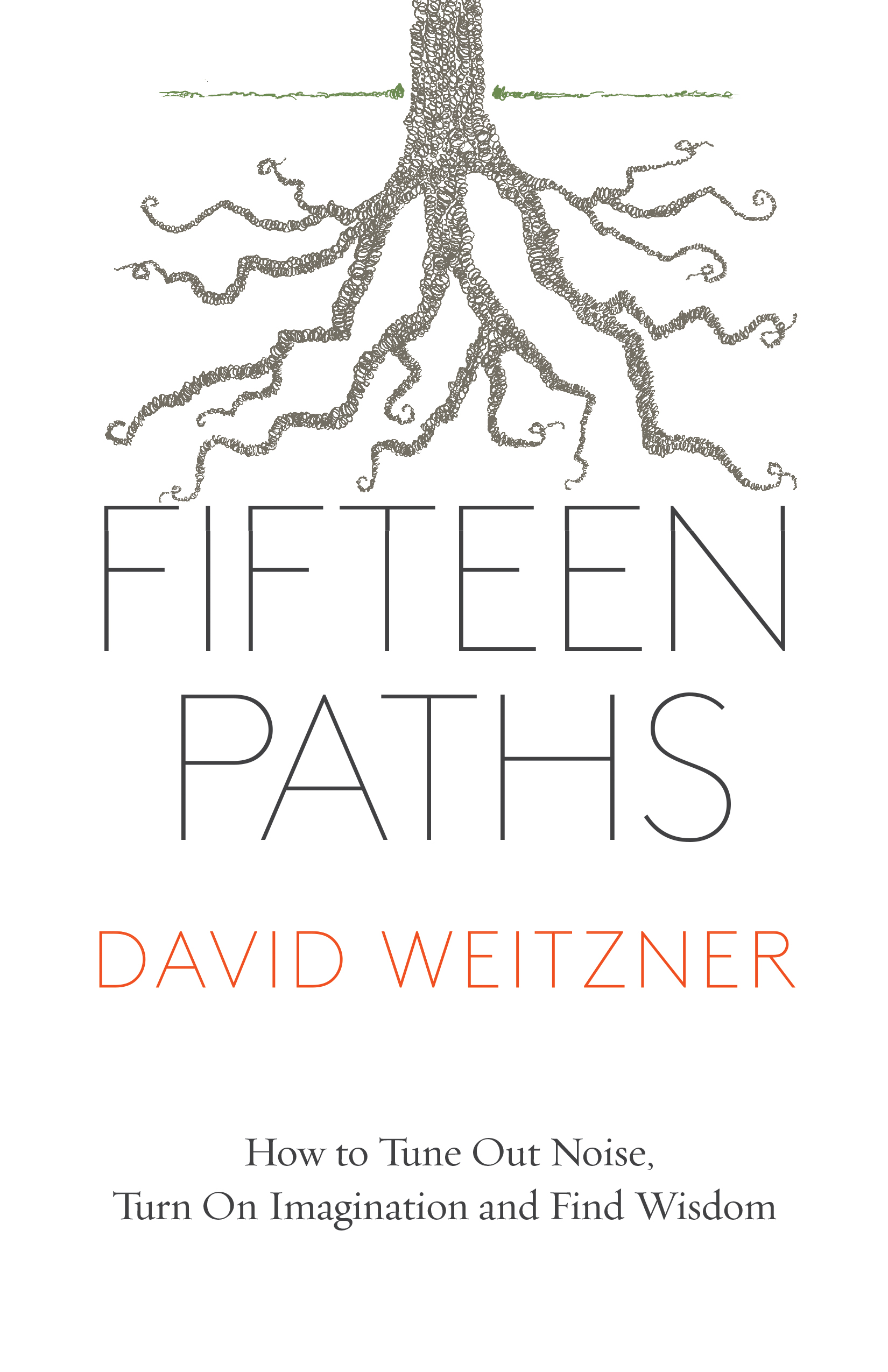 How to Tune Out Noise, Turn On Imagination and Find Wisdom

Prescriptions for imaginative living in today’s noisy and ever-narrowing world Our social conversation has gone awry. We have allowed the wrong people to lay claim to substantial amounts of social, political and economic power, leaving many of us to feel left out, left behind or left alone. We need to rethink what it means to listen, to think, to create and to be democratically engaged citizens. But how? Fifteen Paths is a book of hope. Documenting a year of searching, a disillusioned business professor gave up on old arguments and set out to learn about the power of imagination with iconoclastic visionaries of dissonant rock, punk shamanism, ecstatic dance, poetic rap, fantastical comics, magical clowning and mystical channeling. The men and women David Weitzner sought out shared life-altering thoughts. Lee Ranaldo (Sonic Youth): a romantic spirit bolsters focus and spurs the quest for ideas; Nels Cline (Wilco): the trust of a wordless consensus is more life-affirming than winning an argument; Slava Polunin: rule-breaking unlocks untapped capacity for innovation; Jeff Coffin (Dave Matthews Band): how to change the way we listen; Sunshine Jones (Dubtribe Sound System): what it means to trade fairly; Mike Doughty (Soul Coughing): the secret of creative entrepreneurs; Jill Cunniff (Luscious Jackson): the foundations of a more inclusive business model for creativity; Del the Funky Homosapien: why there is power in laughter; Angelo Moore (Fishbone): curiosity is inseparable from optimism; Mike Mignola (Hellboy): creative minds embrace fairy-tale logic; Sonic Boom (Spacemen 3): we have a responsibility to play in the spaces left open for us; Tzvi Freeman: there is spiritual power in surprising ourselves — and God; Dany Lyne: overcome trauma by connecting with elders; Lydia Lunch: we need to recreate ourselves to claim power in oppressive times. Fifteen Paths concludes that there are no passive observers: this is an indispensable guide on how we can improve civic participation politically, expand inclusiveness in the world of economics, express our hopes and fears in the spiritual realm and build a shared culture of wisdom.

David Weitzner (PhD, MBA) is at heart a philosopher who briefly became a music industry executive and has now spent over a decade as a professor of strategy. David’s research takes a critical stance on decision making in capitalist environments, leading to publication in top academic journals like the Academy of Management Review, Organization Studies and the Journal of Business Ethics. David has presented at a host of international conferences, including Business as an Agent of World Benefit co-sponsored by the U.N. Global Compact. His work has appeared in popular media outlets as diverse as Tablet Magazine, The Forward and Quillette. David lives in Toronto, Ontario, with his wife and three kids.