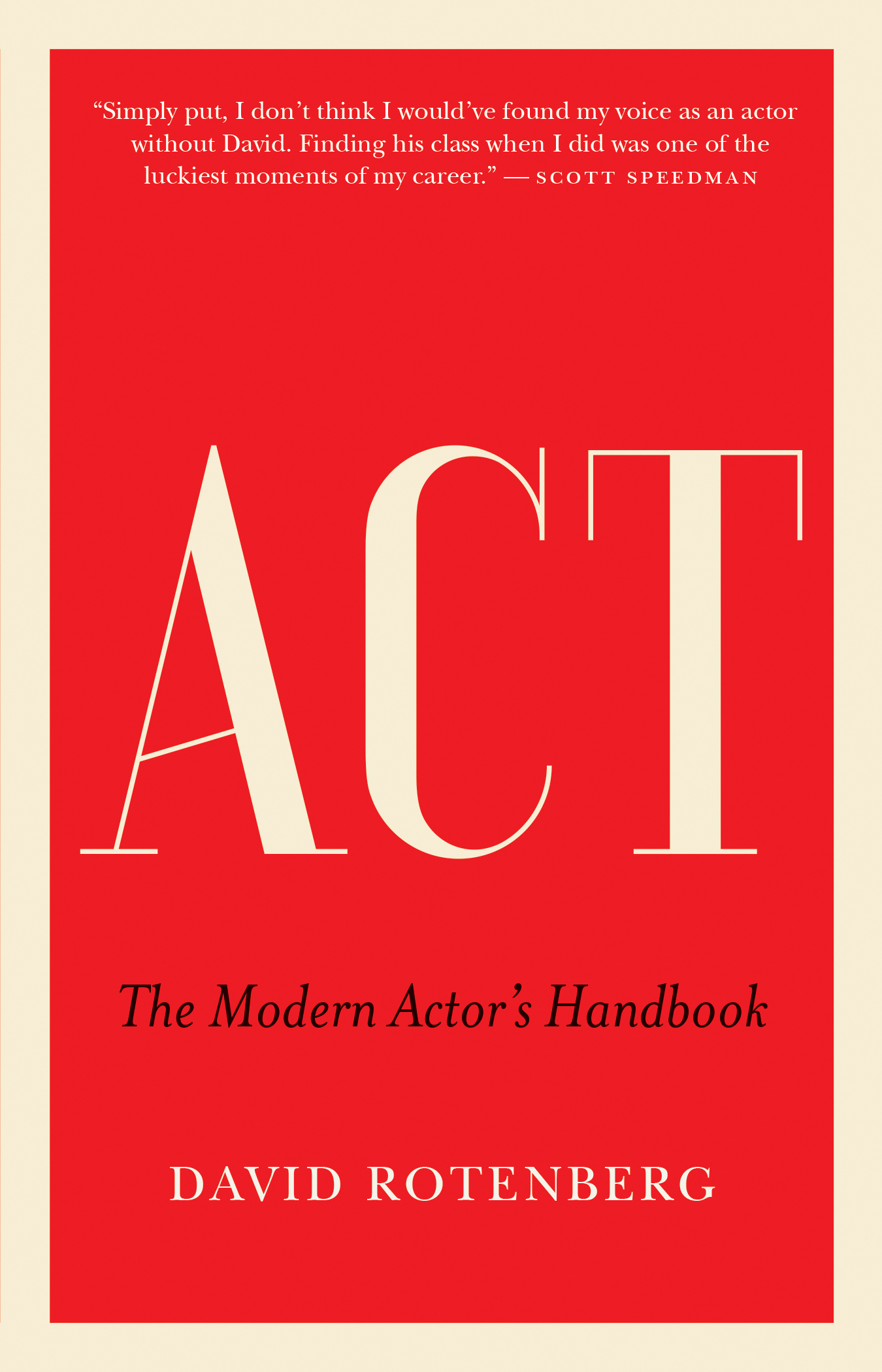 “Simply put, I don’t think I would’ve found my voice as an actor without David.” — Scott Speedman, actor “Act has the roadmap for the most crucial task of an actor: getting present.” — Shawn Doyle, actor A lively, conversational textbook dedicated to the art of acting from a master teacher. Act: The Modern Actor’s Handbook is the result of 30 years of one of North America’s most renowned acting teachers teaching some of the world's most talented screen actors. This is a full tour through the concepts at the heart of Rotenberg’s techniques: states of being, primaries and secondaries, images that you elaborate up or distill down, modifiers, actions and beats, and more. Although his methods loosely draw on the great acting teachers like Hagen and Meisner back to Stanislavski, he teaches new techniques suited to the best of today’s screen actors. This is a major new work in the actor’s library and will be pulled off the shelf time and again to find that key into a scene, to prepare for an audition, or to find that right technique to make the art come alive again.

David Rotenberg has been a master acting teacher for more than 30 years. He has directed on Broadway, in major regional theaters, for television, and has an MFA in directing from the Yale School of Drama. David has taught at York University, the National Theatre School of Canada, the Shanghai Theatre Academy, the University of Cape Town, and Princeton. He regularly teaches professional classes in Toronto, Vancouver, and Los Angeles, plus Zoom classes with actors from four continents. His students included Tatiana Maslany, Rachel McAdams, Scott Speedman, Sarah Gadon, Ennis Esmer, Patrick Adams, David Hirsh, Jonas Chernick, and Shawn Doyle. He is also the author of 11 novels, including the Dream Chronicles, the Junction Chronicles, the Zhong Fong Mysteries, and the novel Shanghai. He directed the first Canadian play in the People’s Republic of China — in Mandarin. He lives in Toronto, Canada, where he is the artistic director of the internationally known studio The Professional Actors Lab.