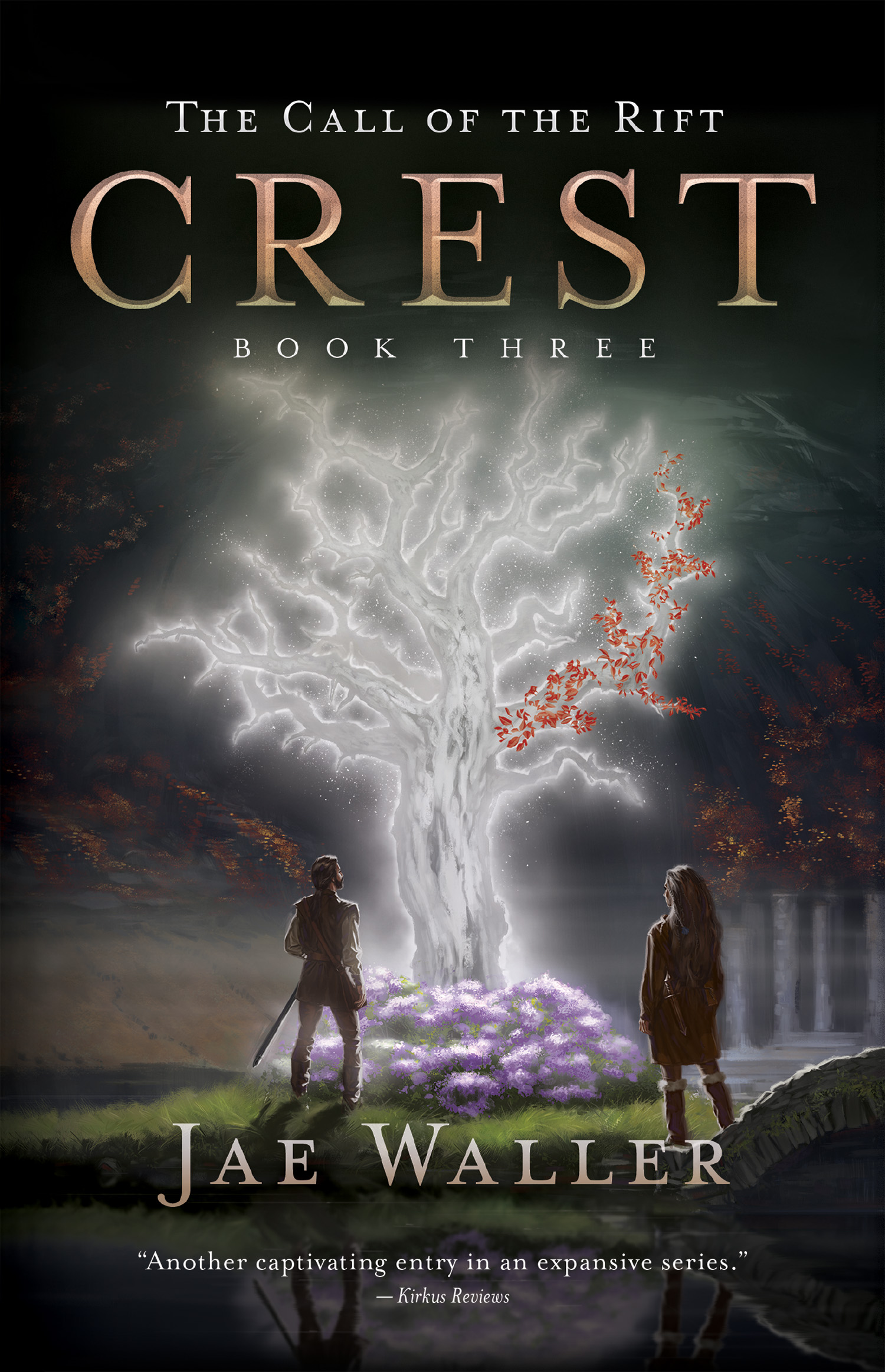 The Call of the Rift: Crest

Step through the portal into a world ravaged by chaotic spirits and corrupted magic in the third book of The Call of the Rift high fantasy series. Kateiko Rin lives a quiet life with her parents and her people in the coastal rainforest. Everything changes when her estranged uncle washes up on their shores, harried and half-dead, trailed by two blue-eyed children no one knew existed. To protect her family, Kateiko secrets away her young cousins. Caring for them includes hiding their ties to the Rúonbattai, a warlike cult trying to claim the land for themselves along with as many lives as they can. With the immigrant mage Tiernan and his companions Jorumgard and Nerio, Kateiko enters into the fray, facing strange, dangerous magic that unwinds the fabric of time. She must end the war before it tears the land, and her family, apart. In the third book in The Call of the Rift series, Jae Waller invites us into another dimension and introduces an alternate version of her captivating heroine in a world full of familiar and unknown faces, including many we thought long dead.