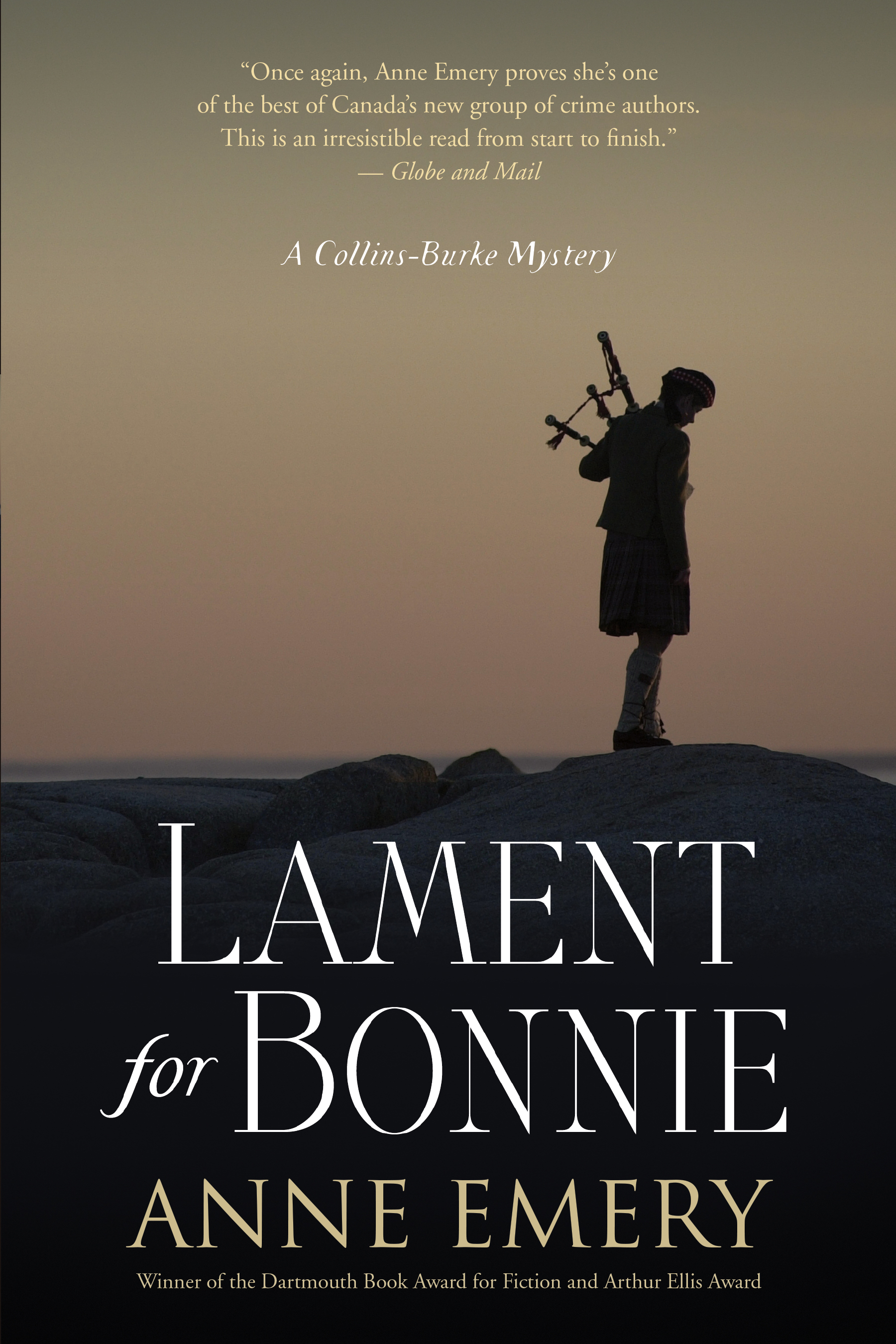 “This story is irresistible.” — Publishers Weekly The ninth book in Emery’s Collins-Burke Mystery series follows the famed Clan Donnie in light of their youngest member, twelve-year-old Bonnie MacDonald’s, strange disappearance. Twelve-year-old Bonnie MacDonald — the beloved stepdancing, fiddling youngest member of Cape Breton’s famed Clan Donnie band — vanishes after a family party. No one thinks Bonnie ran away. Maura MacNeil, cousin to Clan Donnie, offers her husband’s legal services to the family as the police search for the missing girl. But fame attracts some strange characters, and Clan Donnie has its groupies. So, it turns out, does lawyer and bluesman Monty Collins. Monty and Maura’s daughter, Normie, is much closer to the action and, as she gets to know her cousins, learns things she wishes she never had. She has nightmares — visions? — that bring her no closer to finding Bonnie. Her spooky great-grandmother senses the presence of evil in their village — the kind of evil RCMP Sergeant Pierre Maguire left the big city to escape. But he finds a vein of darkness running beneath the beauty and vibrant culture of Cape Breton. And he learns that this isn’t the only dark passage in the Clan Donnie family history. About the Collins-Burke Mysteries This multi-award-winning series is centred around two main characters who have been described as endearingly flawed: Monty Collins, a criminal defence lawyer who has seen and heard it all, and Father Brennan Burke, a worldly, hard-drinking Irish-born priest. The priest and the lawyer solve mysteries together, but sometimes find themselves at cross-purposes, with secrets they cannot share: secrets of the confessional, and matters covered by solicitor-client confidentiality. The books are notable for their wit and humour, and their depiction of the darker side of human nature ? characteristics that are sometimes combined in the same person, be it a lawyer, a witness on the stand, or an Irish ballad singer who doubles as a guerrilla fighter in the Troubles in war-torn Belfast. In addition to their memorable characters, the books have been credited with a strong sense of place and culture, meticulous research, crisp and authentic dialogue, and intriguing plots. The novels are set in Nova Scotia, Ireland, England, Italy, New York, and Germany. The series begins with Sign of the Cross (2006) and continues to the most recent installment, Postmark Berlin (2020).

Named “one of Canada’s finest novelists” (Ottawa Review of Books), Anne Emery is a lawyer and the author of the Collins-Burke mystery series. She has won an Arthur Ellis Award, an Independent Publisher Book Awards silver medal, and a Dartmouth Book Award. She lives in Halifax, Nova Scotia.