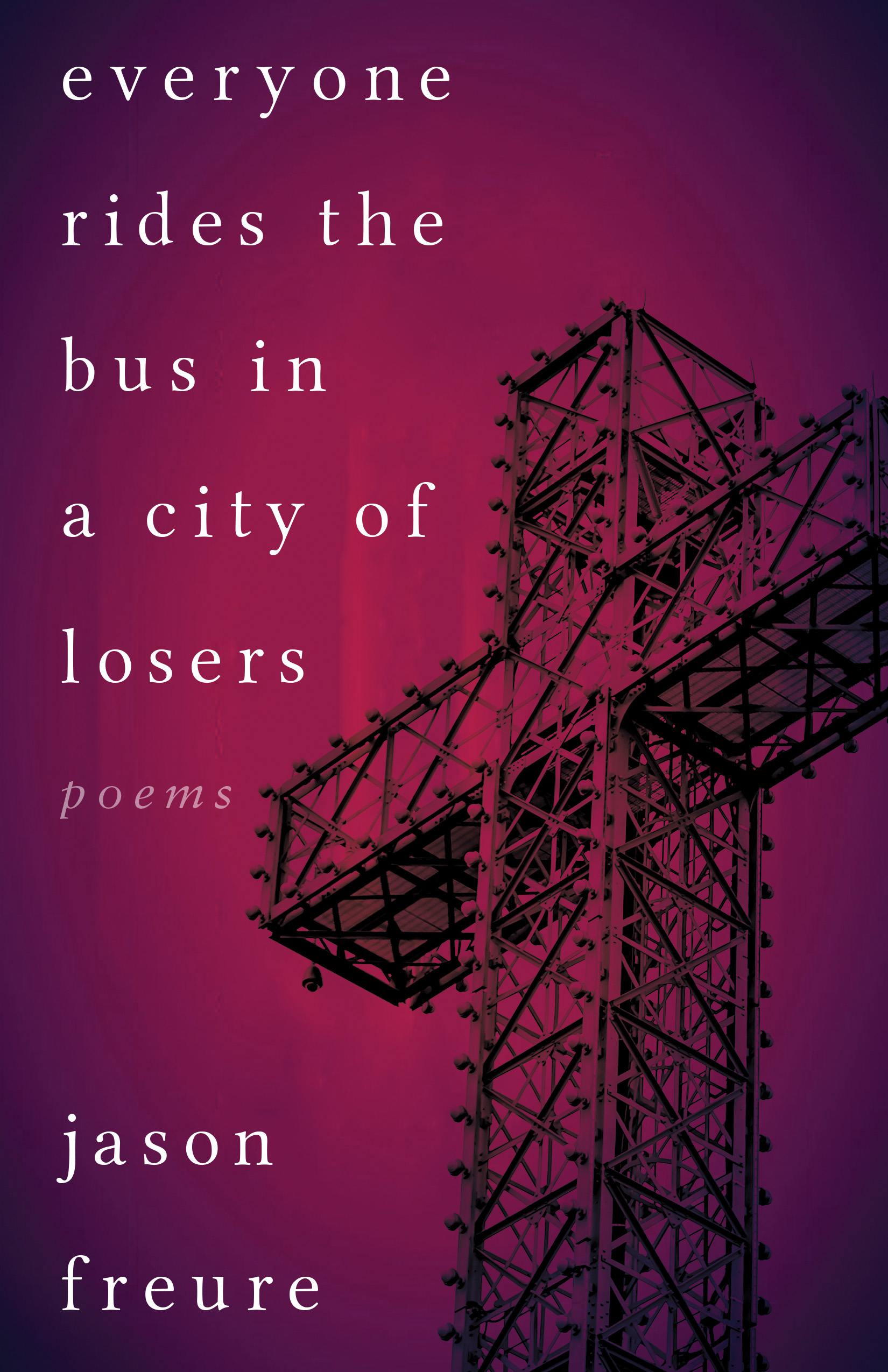 Everyone Rides the Bus in a City of Losers

In the words of Margaret Thatcher, “A man who, beyond the age of 26, finds himself on a bus can count himself as a failure.” Everyone Rides the Bus in a City of Losers is about wandering Montreal’s streets, with an eye on the storefronts and alley cats, and one foot already in the nearest dive bar. From a series of poems about every station on the Metro to music venues long shut down, it’s sometimes fantastical, nostalgic, funny, and even joyful — a sucker for landmarks, always looking out for glimpses of the Farine Five Roses sign, the Jacques Cartier Bridge, the cross on Mont-Royal, and anything still neon. Montreal’s rich literary tradition is celebrated: A.M. Klein, Leonard Cohen, Heather O’Neill, Gail Scott, Richard Suicide, and Gaston Miron all make their way into the poems. The book also ventures from the hip hot spots of The Plateau and Mile End to Verdun, Côte-des-Neiges, NDG, St-Henri, Petite-Patrie, and Ahuntsic. A restless spirit propels the text further and further into new neighborhoods, but always returns downtown. This is a book about those who’ve seen the city turn its back on them and leave them out in the cold. Who get lost in boroughs east and west. Who get lonely, garble their French, and never manage to find a seat at their favorite coffee shop. In Jason Freure’s psychogeography, everyone’s a flaneur. And everyone rides the bus.

Jason Freure’s poems have appeared in publications like Vallum, Epiphany, and Show Thieves: An Anthology of Contemporary Montreal Poetry. He also writes essays about Montreal, which have been published in Canadian Notes and Queries and Carte Blanche. He is an editor at The Puritan. After years in Montreal, he now lives in Toronto.