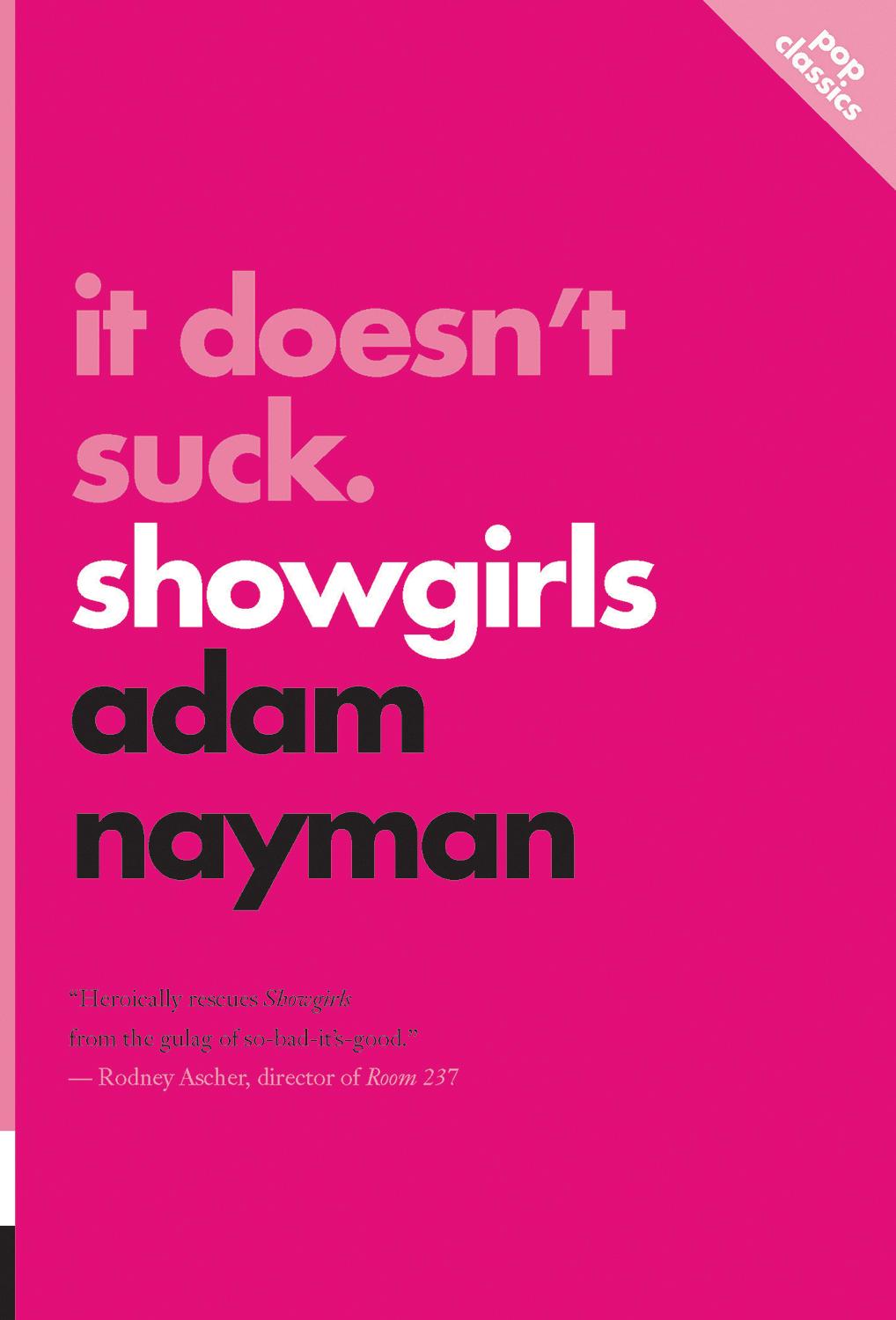 A new edition of the first book in the acclaimed Pop Classics series The Worst. Movie. Ever. is a masterpiece. Seriously. Enough time has passed since Showgirls flopped spectacularly that it’s time for a good hard look back at the sequined spectacle. A salvage operation on a very public, very expensive train wreck, It Doesn’t Suck argues that Showgirls is much smarter and deeper than it is given credit for. In an accessible and entertaining voice, the book encourages a shift in critical perspective on Paul Verhoeven’s Showgirls, analyzing the film, its reception, and rehabilitation. This in-depth study of a much-reviled movie is a must-read for lovers and haters of the 1995 Razzie winner for Worst Picture. This expanded edition includes an exclusive interview between the author and Showgirls director Paul Verhoeven, as well as a new preface.

Adam Nayman is a film critic and lecturer in Toronto. He is a contributing editor to Cinema Scope and writes regularly for Reverse Shot, Quill & Quire and The Ringer. He is one of the writers of the Viceland television series The Vice Guide to Film and has taught classes on film at the University of Toronto and Ryerson. He is the author of two books: Showgirls: It Doesn’t Suck and Ben Wheatley: Confusion and Carnage.