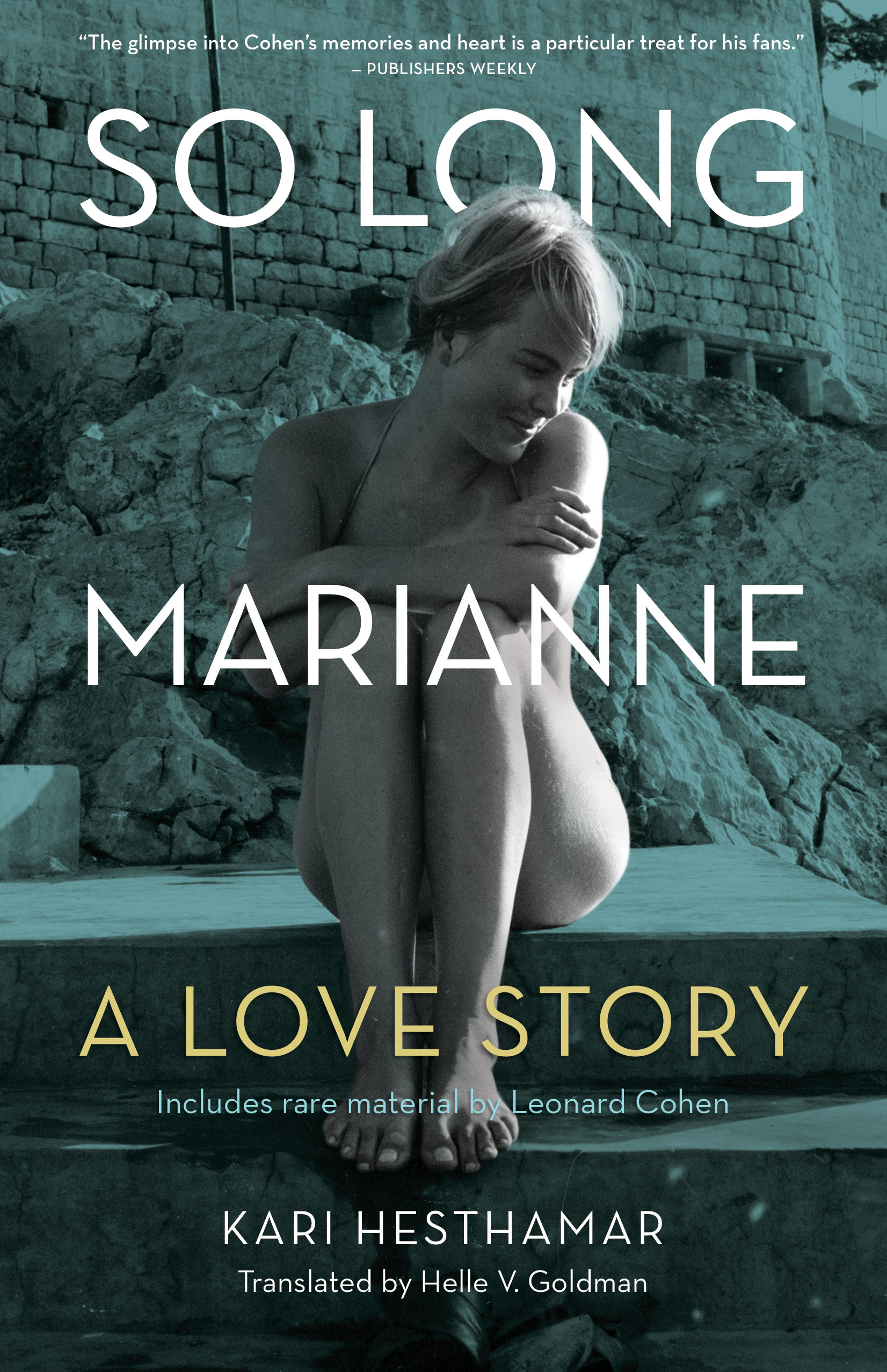 The story of the enigmatic woman who captured the hearts of two extraordinary artists — now in trade paper At 22, Marianne Ihlen travelled to the Greek island of Hydra with writer Axel Jensen. While Axel wrote, Marianne kept house, until Axel abandoned her and their newborn son for another woman. One day while Marianne was shopping in a little grocery store, in walked a man who asked her to join him and some friends outside at their table. He introduced himself as Leonard Cohen, then a little-known Canadian poet. Complemented by previously unpublished poems, letters, and photographs, So Long, Marianne is an intimate, honest account of Marianne’s life story — from her youth in Oslo, her romance with Axel, to her life in an international artists colony on Hydra in the 1960s, and beyond. The subject of one of the most beautiful love songs of all time, Marianne Ihlen proves to be more than a muse to Axel and Leonard; her journey of self-discovery, romance, and heartache is lovingly recounted in So Long, Marianne.

Award-winning journalist Kari Hesthamar wrote this book based on lengthy conversations with Marianne Ihlen before her death in 2016 and supplemented by interviews with Leonard Cohen. Kari lives in Norway. Helle V. Goldman spent her childhood on the Greek island of Hydra and in Providence, Rhode Island. She resides with her husband and daughter on yet another island, this time in Norway — above the Arctic Circle — where she is the chief editor of an international scientific journal.