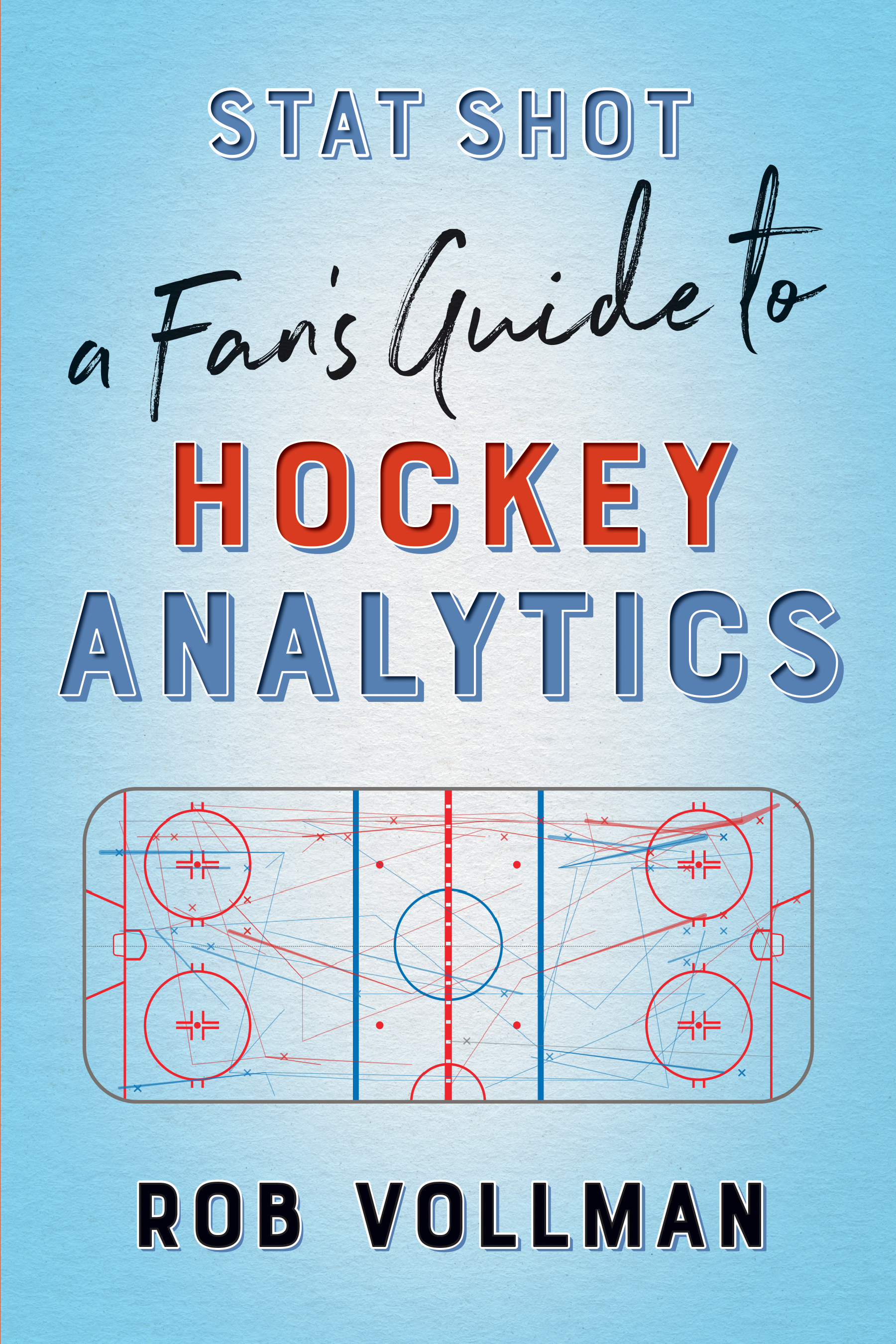 With every passing season, statistical analysis is playing an ever-increasing role in how hockey is played and covered. Knowledge of the underlying numbers can help fans stretch their enjoyment of the game. Acting as an invaluable supplement to traditional analysis, Stat Shot: A Fan’s Guide to Hockey Analytics can be used to test the validity of conventional wisdom and to gain insight into what teams are doing behind the scenes — or maybe what they should be doing! Inspired by Bill James’s Baseball Abstract, Rob Vollman has written a timeless reference of the mainstream applications and limitations of hockey analytics. With over 300 pages of fresh analysis, it includes a guide to the basics, how to place stats into context, how to translate data from one league to another, the most comprehensive glossary of hockey statistics, and more. Whether A Fan’s Guide to Hockey Analytics is used as a primer for today’s new statistics, as a reference for leading edge research and hard-to-find statistical data, or read for its passionate and engaging storytelling, it belongs on every serious fan’s bookshelf. A Fan’s Guide to Hockey Analytics makes advanced stats simple, practical, and fun.

A former member of the Professional Hockey Writers Association, Rob Vollman was first published in the Fall 2001 issue of the Hockey Research Journal. He has since co-authored all six Hockey Prospectus books, two McKeen’s magazines, and has authored four books in his own Bill James– inspired Hockey Abstract series, including the highly popular 2016 book, Stat Shot. Rob is one of the field’s most trusted and entertaining voices, and he has helped bring what was once a niche hobby into the mainstream. He lives in Calgary, AB.