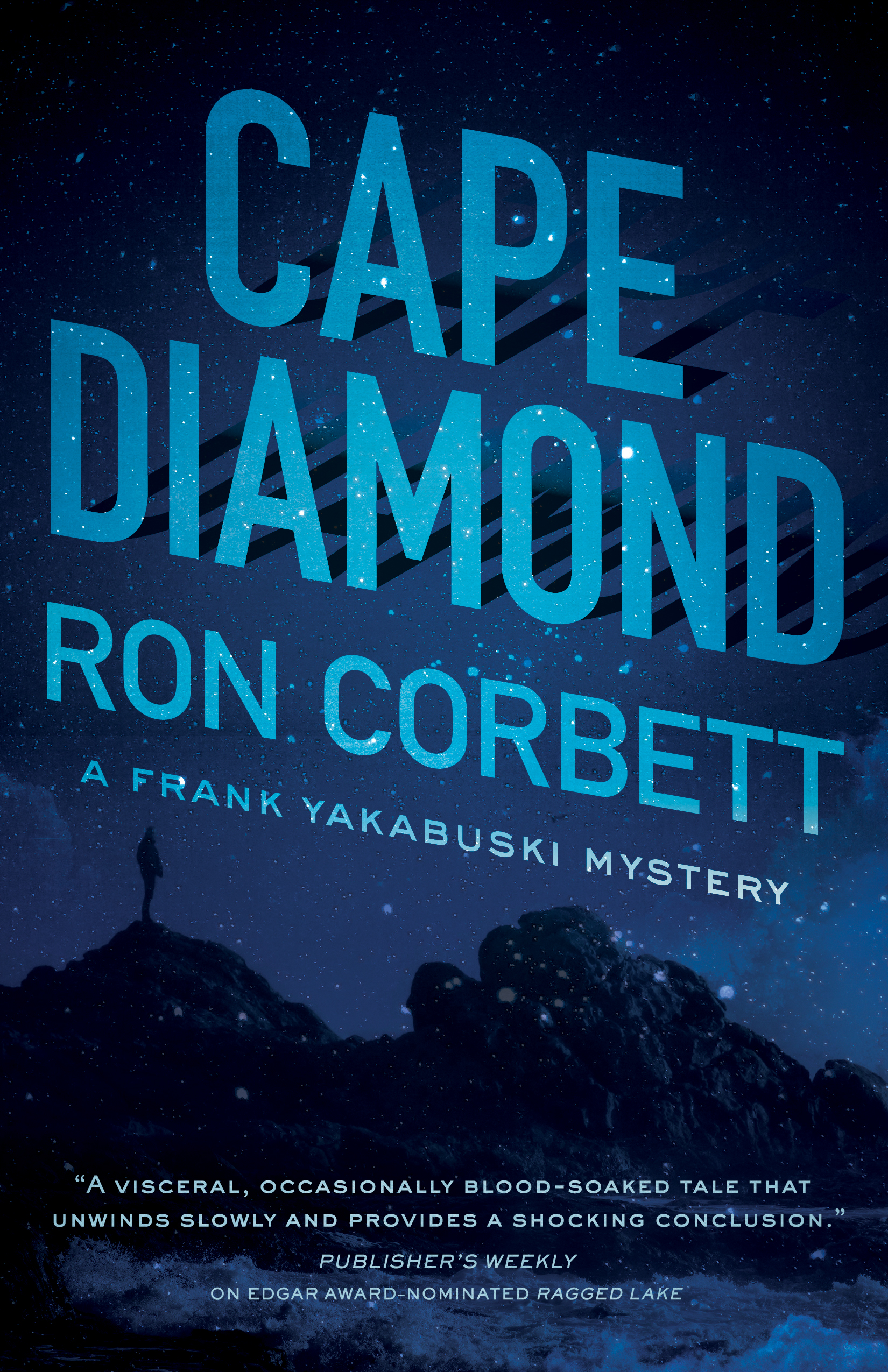 Cape Diamond, the second book in the Frank Yakabuski Mystery series, is atmospheric and action-packed. Set near the Northern Divide — as was the first installment, Edgar Award nominee (Best Paperback Original), Ragged Lake — the book opens with Yakabuski called to investigate a gruesome crime scene. A body has been left hanging from a schoolyard fence. On closer inspection, Yak finds a large diamond in the murder victim’s mouth. Two criminal gangs — the Shiners and the Travellers — are fighting with each other, and Yakabuski turns to his father, a now-retired detective who has a long history with the gangs, for advice in the interrogation. Is the conflict over the murder of two men? The kidnapping of a little girl? Or, possibly, the diamond found in Augustus Morrissey’s mouth? As if this weren’t enough for one detective, a serial killer is taking a deadly road trip through the United States, heading towards the Northern Divide. Ron Corbett weaves the various strands together with ingenuity, making Cape Diamond a brooding, suspense-filled story of hubris, betrayal, and evil deeds; his writing is sparse and taut, compelling the reader to follow the action and gang conflict to a surprise ending.

Ron Corbett is an author, journalist, and broadcaster living in Ottawa. He is the author of seven nonfiction books; his first novel, Ragged Lake, the first book in the Frank Yakabuski Mystery series, received rave reviews and an Edgar Allan Poe nomination by the Mystery Writers of America for Best Original Paperback. He is married to award-winning photojournalist Julie Oliver.