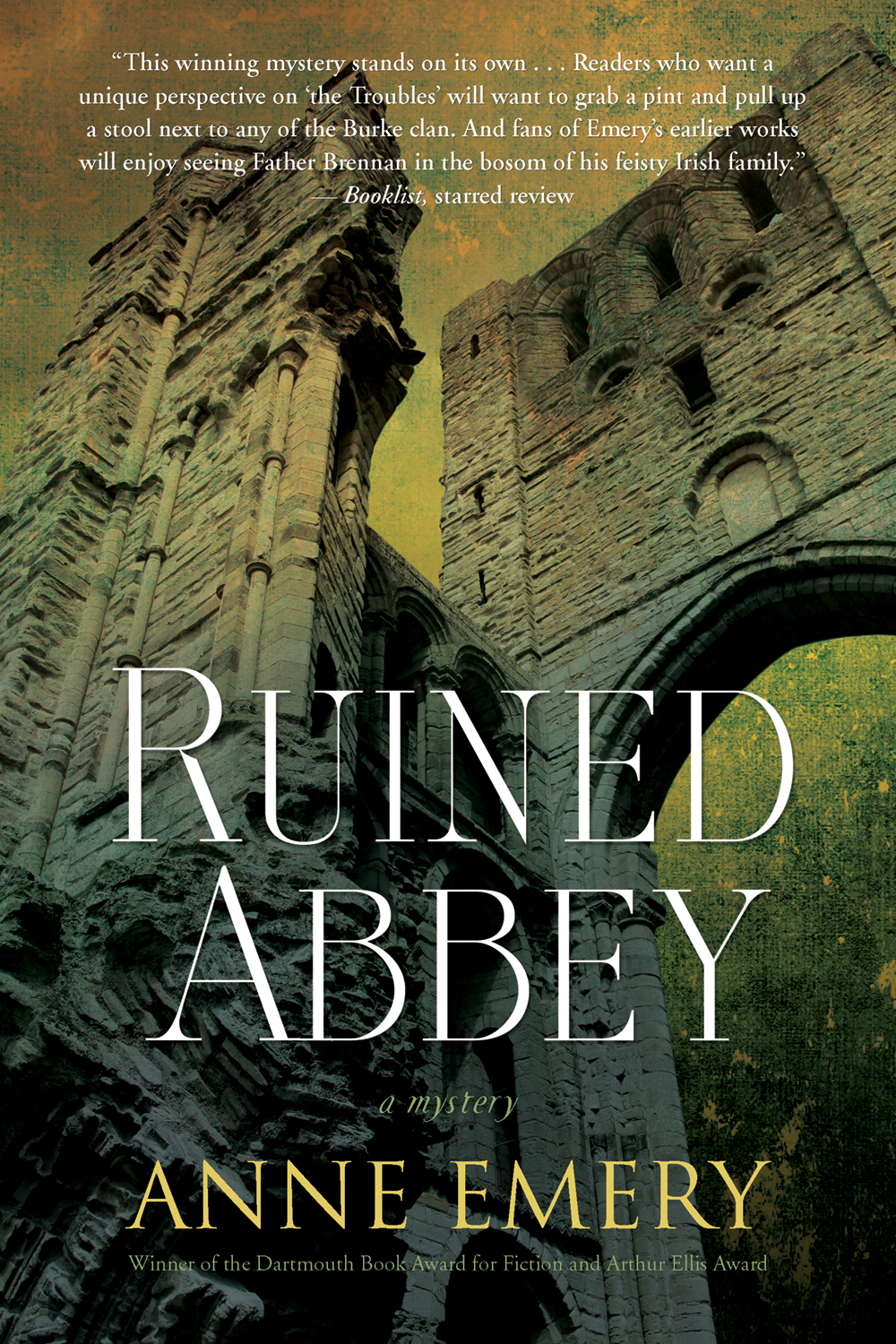 From Arthur Ellis Award–winning author Anne Emery comes a “winning mystery [that stands] on its own.” — Booklist It’s 1989. The Troubles are raging in Ireland, bombs exploding in England. In this prequel to the Collins-Burke series, Father Brennan Burke is home in New York when news of his sister’s arrest in London sends him flying across the ocean. The family troubles deepen when Brennan’s cousin Conn is charged with the murder of a Special Branch detective and suspected in a terrorist plot against Westminster Abbey. The Burkes come under surveillance by the murdered cop’s partner and are caught in a tangle of buried family memories. From the bullet-riddled bars of Belfast to an elegant English estate, Ruined Abbey combines a whodunit with a war story, love story, and historical novel, while exploring the eternal question: what is fair in love and war? It all starts with a ruined abbey. About the Collins-Burke Mysteries This multi-award-winning series is centred around two main characters who have been described as endearingly flawed: Monty Collins, a criminal defence lawyer who has seen and heard it all, and Father Brennan Burke, a worldly, hard-drinking Irish-born priest. The priest and the lawyer solve mysteries together, but sometimes find themselves at cross-purposes, with secrets they cannot share: secrets of the confessional, and matters covered by solicitor-client confidentiality. The books are notable for their wit and humour, and their depiction of the darker side of human nature ? characteristics that are sometimes combined in the same person, be it a lawyer, a witness on the stand, or an Irish ballad singer who doubles as a guerrilla fighter in the Troubles in war-torn Belfast. In addition to their memorable characters, the books have been credited with a strong sense of place and culture, meticulous research, crisp and authentic dialogue, and intriguing plots. The novels are set in Nova Scotia, Ireland, England, Italy, New York, and Germany. The series begins with Sign of the Cross (2006) and continues to the most recent installment, Postmark Berlin (2020).

Named “one of Canada’s finest novelists” (Ottawa Review of Books), Anne Emery is a lawyer and the author of the Collins-Burke mystery series. She has won an Arthur Ellis Award, an Independent Publisher Book Awards silver medal, and a Dartmouth Book Award. She lives in Halifax, Nova Scotia.