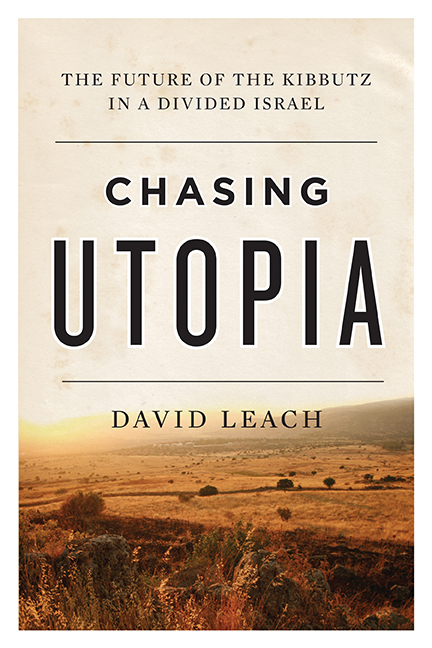 The Future of the Kibbutz in a Divided Israel

A fascinating, non-partisan exploration of an incendiary region Say the word “Israel” today and it sparks images of walls and rockets and a bloody conflict without end. Yet for decades, the symbol of the Jewish State was the noble pioneer draining the swamps and making the deserts bloom: the legendary kibbutznik. So what ever happened to the pioneers’ dream of founding a socialist utopia in the land called Palestine? Chasing Utopia: The Future of the Kibbutz in a Divided Israel draws readers into the quest for answers to the defining political conflict of our era. Acclaimed author David Leach revisits his raucous memories of life as a kibbutz volunteer and returns to meet a new generation of Jewish and Arab citizens struggling to forge a better future together. Crisscrossing the nation, Leach chronicles the controversial decline of Israel’s kibbutz movement and witnesses a renaissance of the original vision for a peaceable utopia in unexpected corners of the Promised Land. Chasing Utopia is an entertaining and enlightening portrait of a divided nation where hope persists against the odds.

David Leach is the chair of the Department of Writing at the University of Victoria in British Columbia. His award-winning feature writing has appeared in Canadian Geographic, Financial Post Business, Communities, Explore Magazine, and other publications. His first book, Fatal Tide: When the Race of a Lifetime Goes Wrong, investigated our modern appetite for “extreme” experiences. He lives in Victoria, B.C.