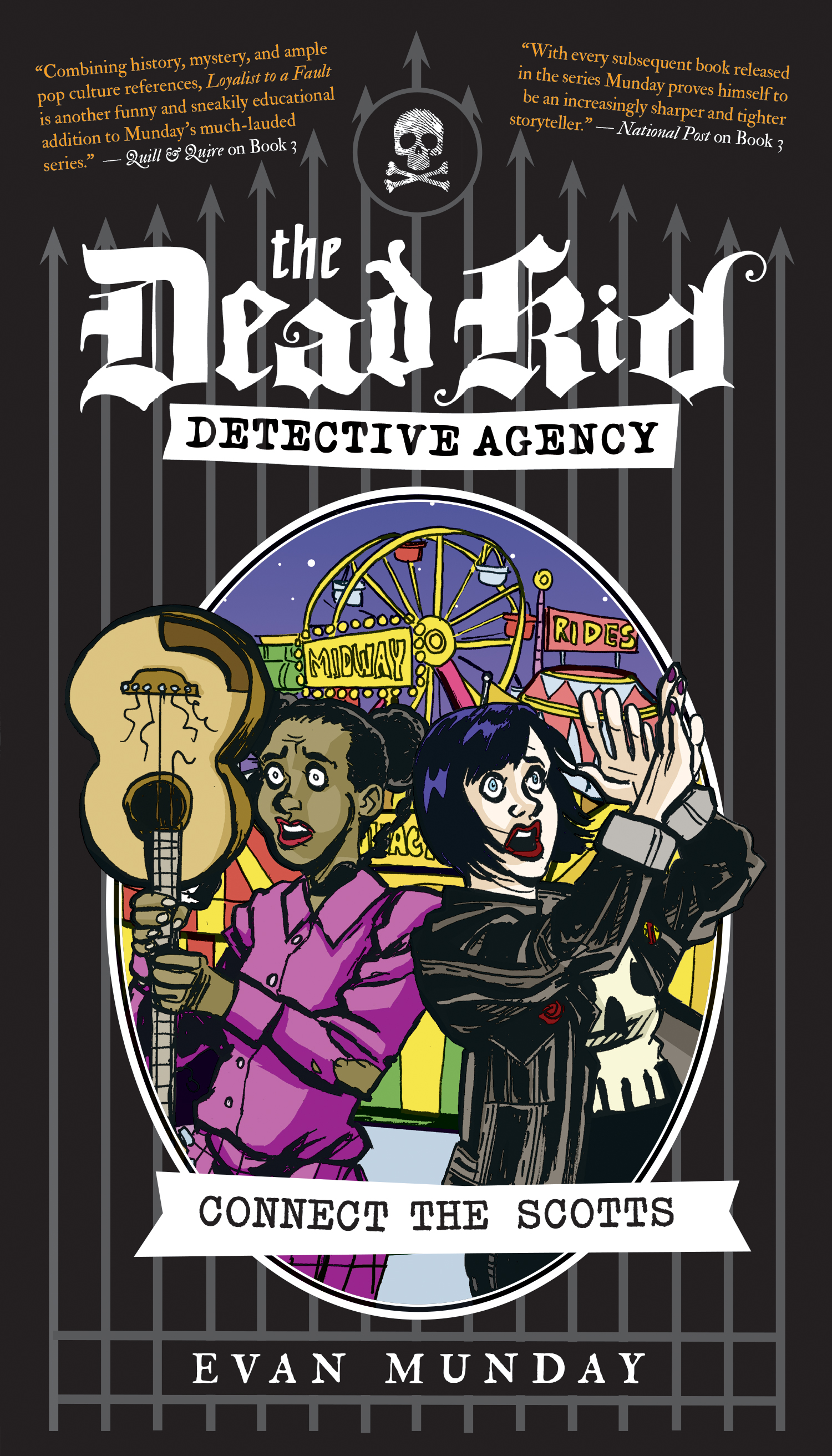 Is the fourth time a charm for October and her ghost detective friends? While investigating the cause of the long-dead Tabetha Scott’s death way back in the 1860s, October and the Dead Kids discover that Sticksville, Ontario, served as an endpoint for the Underground Railroad, the secret network by which enslaved people escaped to free states and Canada. But October Schwartz finds herself with more detective work than she can handle after some new musically inclined chums are incriminated in a robbery at a school concert. Fraudulent occult psychics, funeral home ambushes, band wars, the spooky Sticksville fairgrounds, and a history of prejudice all converge in a climactic conclusion that hints a secret society might be behind all manner of catastrophes in October Schwartz’s not-so-boring little town.