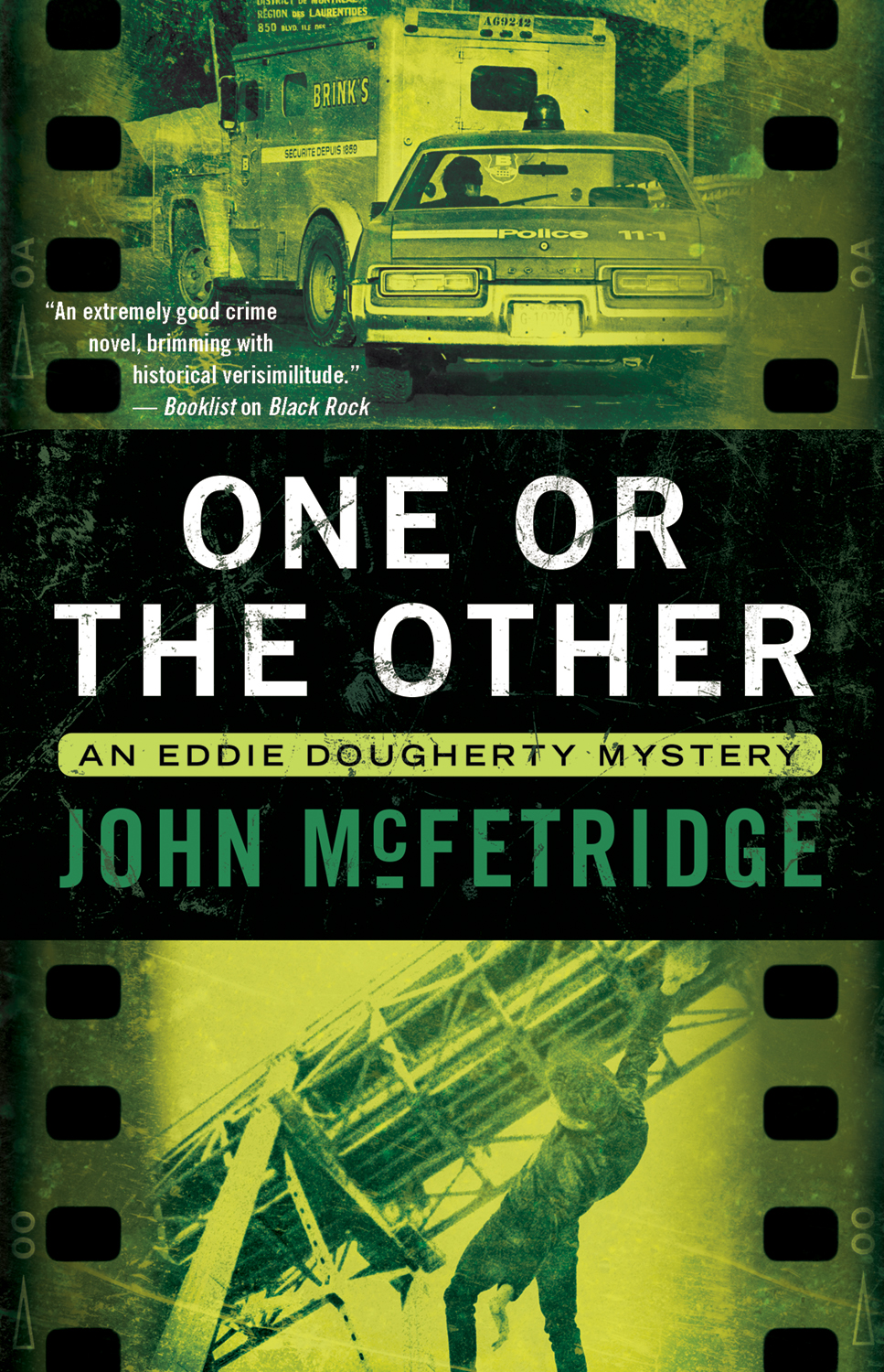 One or the Other

“An extremely good crime novel, brimming with historical verisimilitude . . . with a richly detailed protagonist and a seriously compelling mystery.” — Booklist on Black Rock In the weeks before hosting the 1976 Summer Olympics, the Montreal police are tightening security to prevent another catastrophe like the ’72 games in Munich. But it isn’t tight enough to stop nearly three million dollars being stolen in a bold daytime Brink’s truck robbery. As the high-profile heist continues to baffle the police, Constable Eddie Dougherty gets a chance to prove his worth as a detective when he’s assigned to assist the suburban Longueuil force in investigating the deaths of two teenagers returning from a rock concert across the Jacques Cartier Bridge. Were they mugged and thrown from the bridge? Or was it a murder-suicide? With tensions running high in the city and his future career at stake, Dougherty faces the limits of the force and of his own policing, and has to decide when to settle and when justice is the only thing that should be obeyed.

John McFetridge has enjoyed wide critical acclaim for his six novels. Everybody Knows This Is Nowhere was named a book of the year by Quill & Quire and Tumblin’ Dice was an Amazon Editors’ Pick. He lives in Toronto with his wife and two sons.