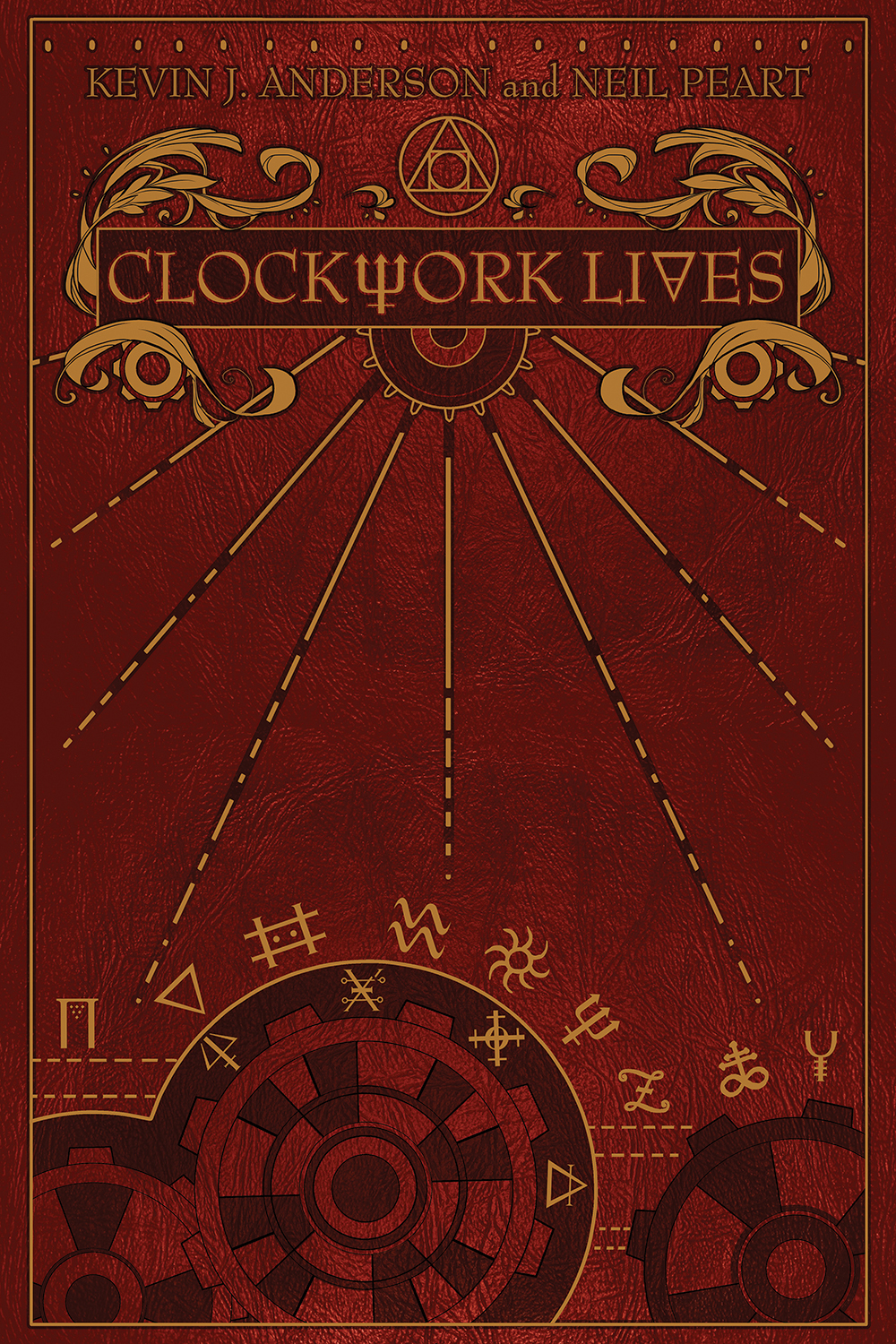 Some lives can be summed up in a sentence or two. Other lives are epics. In Clockwork Angels, #1 bestselling author Kevin J. Anderson and legendary Rush drummer and lyricist Neil Peart created a fabulous, adventurous steampunk world in a novel to accompany the smash Rush concept album of the same name. It was a world of airships and alchemy, clockwork carnivals, pirates, lost cities, a rigid Watchmaker who controlled every aspect of life, and his nemesis, the ruthless and violent Anarchist who wanted to destroy it all. Anderson and Peart have returned to their colourful creation to explore the places and the characters that still have a hold on their imagination. Marinda Peake is a woman with a quiet, perfect life in a small village; she long ago gave up on her dreams and ambitions to take care of her ailing father, an alchemist and an inventor. When he dies, he gives Marinda a mysterious inheritance: a blank book that she must fill with other people’s stories — and ultimately her own. Clockwork Lives is a steampunk Canterbury Tales, and much more, as Marinda strives to change her life from a mere “sentence or two” to a true epic.

Kevin J. Anderson is the bestselling science fiction author of over 120 novels. He has written spin-off novels for Star Wars, DC Comics, and The X-Files and, with Brian Herbert, is the co-author of 14 novels in the Dune universe. His original works include the Saga of Seven Suns series; Terra Incognita; Resurrection, Inc.; Hopscotch; and the Dan Shamble, Zombie P.I. series. He lives in Colorado. Neil Peart was the drummer and lyricist of the legendary rock band Rush and the author of Ghost Rider, The Masked Rider, Traveling Music, Roadshow, Far and Away, Far and Near, Far and Wide, and, with Kevin J. Anderson, Clockwork Angels.