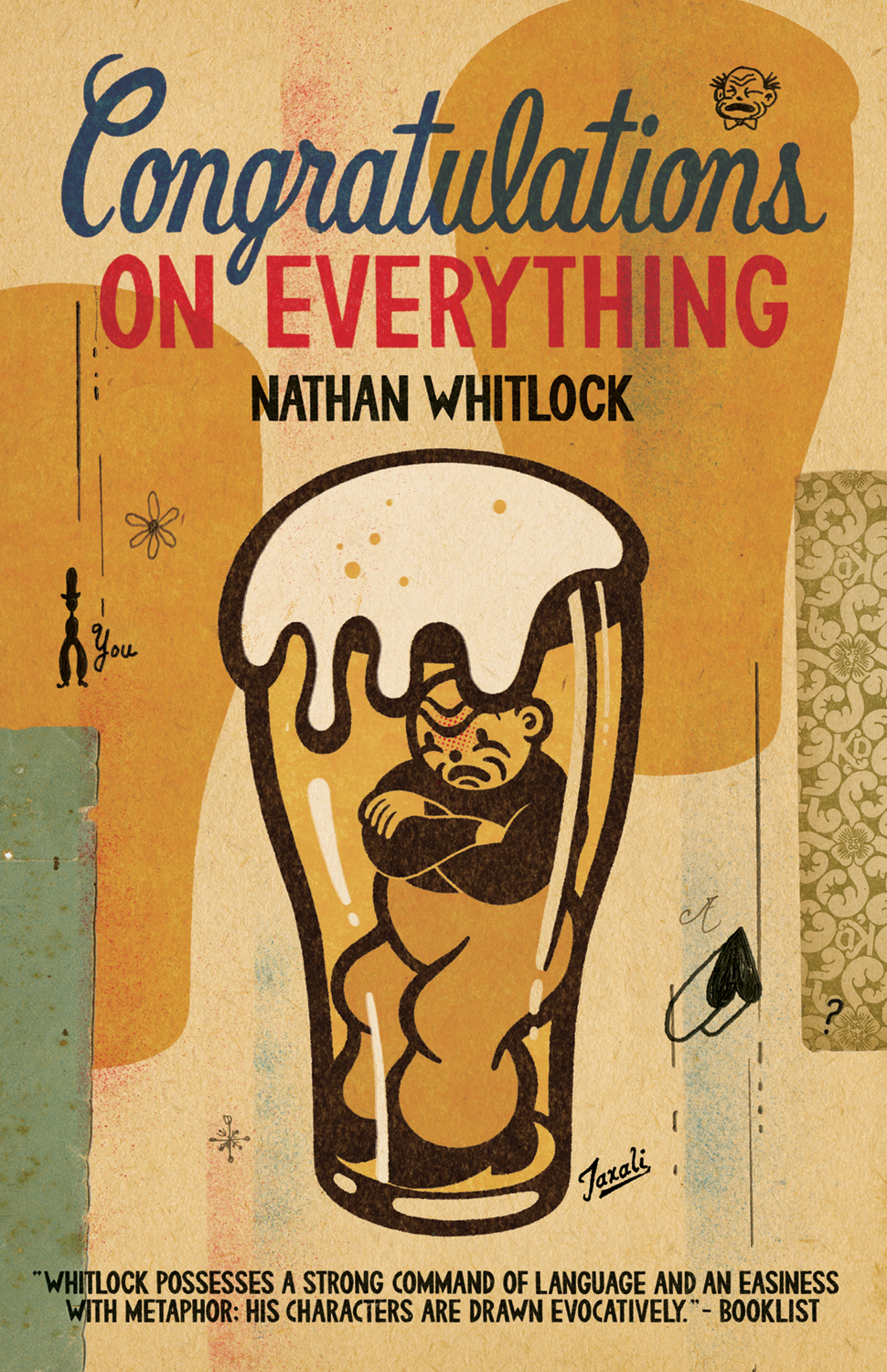 Ambition, failure, sex, and the service industry A dark and comic novel, Congratulations On Everything tracks the struggles, frailties, and cruelly pyrrhic victories of the middle-aged owner of a bar-restaurant and a 30ish lunch-shift waitress. Jeremy has bought into the teachings of an empowerment and success guru, hook, line, and sinker. A Toronto service industry lifer, he’s risen through the ranks until he finally takes the keys to his destiny and opens his own place, The Ice Shack. Everyone assumes Ice Shack daytime waitress Charlene is innocent and empathetic, but in reality she’s desperately unhappy and looking for a way out of her marriage to her high-school sweetheart. A drunken encounter sends Charlene and her boss careening. The Ice Shack stops being an oasis of sanity and, as Jeremy struggles to keep his business afloat, he’ll stop at nothing to maintain his successful, good guy self-image. In an era when the gourmand rules and chefs become superstars, Congratulations On Everything is a hilarious and occasionally uncomfortable dose of anti-foodie reality that reveals what goes on when the customers and Instagrammers aren’t around — and even sometimes when they are.

Nathan Whitlock’s award-winning fiction and non-fiction has appeared in the Globe and Mail, Toronto Star, National Post, Toronto Life, Report on Business, Flare, Fashion, Geist, Maisonneuve, and Best Canadian Essays, and he has appeared on radio and television discussing books and culture. Heather O’Neill called A Week of This, Whitlock’s first novel, “a portrait of people in a small town so intimate that it feels like you are under the covers with them.” He is a contributing editor for Quill & Quire. He lives in Toronto with his wife and children.