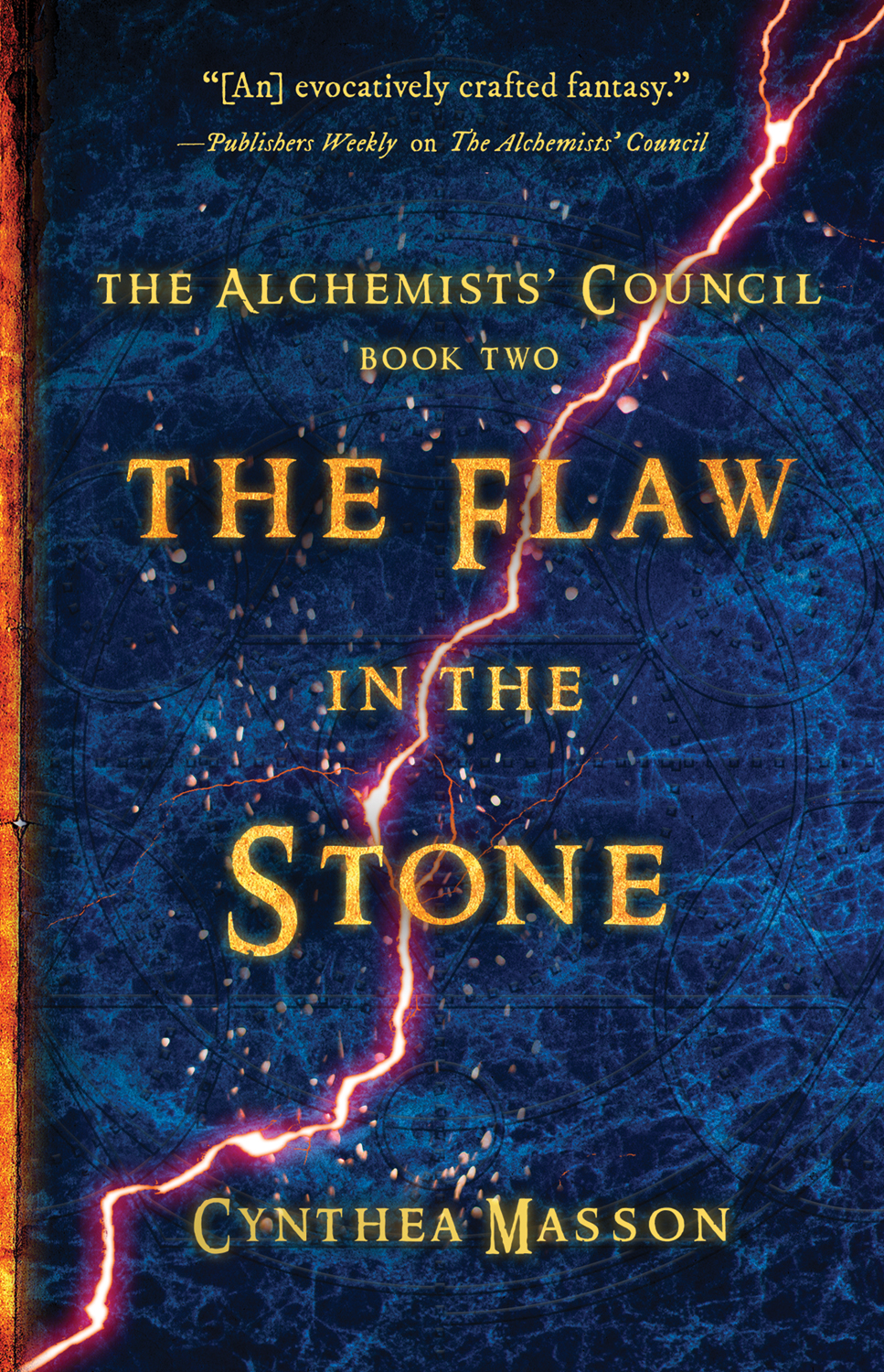 The Flaw in the Stone

Move back through time into the alluring worlds of the Alchemists’ Council The anticipated second book in Cynthea Masson’s series takes readers to Flaw Dimension, centuries before the events of book one. Rebel scribe Genevre, exploring secreted libraries with Dragonsblood pulsing through her young veins, accidentally discovers a 5th-Council manuscript with a long-forgotten alchemical formula whose implications could permanently transform both the Alchemists’ Council and the Rebel Branch. A revolution looms as High Azoth Dracaen strengthens the power of the Rebel Branch, Cedar and Saule take treacherous steps against fellow alchemists, and the unprecedented mutual conjunction of Ilex and Melia changes the fate of all dimensions. With insurgents gathering, Ilex and Melia’s attempt to open a forbidden breach through time could bring salvation — or total destruction — to the elemental balance of the world. The battle over free will for all of humanity continues in The Flaw in the Stone, the remarkable second instalment of this epic fantasy trilogy.

Cynthea Masson is a professor in the English department at Vancouver Island University. After completing a Ph.D. in English with a focus on medieval mysticism, she was awarded a postdoctoral fellowship, which included work with alchemical manuscripts at the British Library. Her award-winning academic work includes the co-edited book Reading Joss Whedon. The first novel in the Alchemists’ Council series was shortlisted for the Kobo Emerging Writer Prize and won the Gold Medal for Fantasy in the 2017 Independent Publisher Book Awards. She lives in BC.