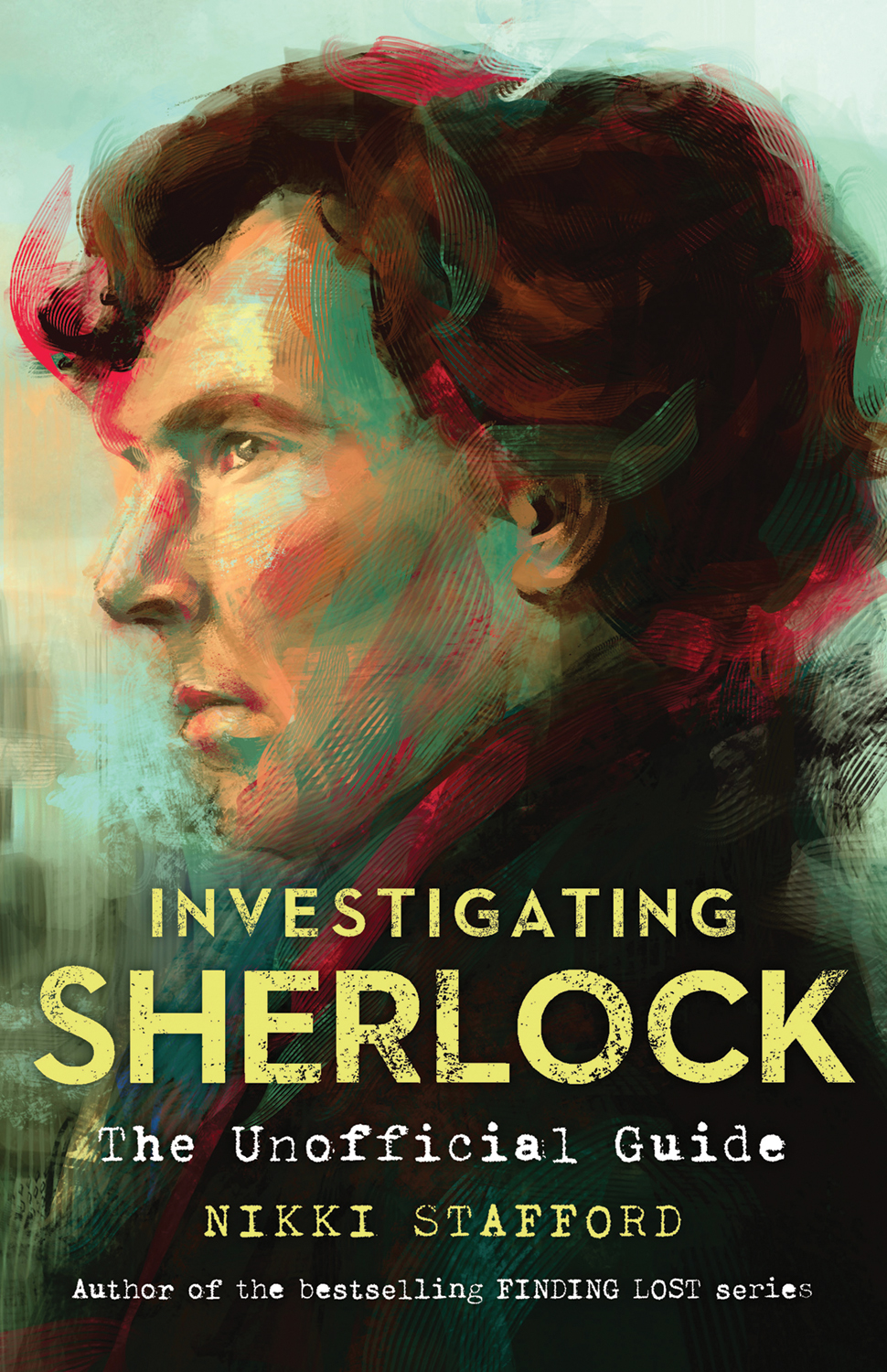 “One of the best-researched books out there on the BBC Show, with great interviews of the show’s creators and primary actors.” — GeekDad

He’s been depicted as a serious thinker, a master of deduction, a hopeless addict, and a bare-knuckle fighter. His companion is a bumbler, a sympathetic equal, someone helpless in the face of his friend’s social inadequacies. Sherlock Holmes and John Watson remain the most-adapted fictional characters of all time. In 2010, when Benedict Cumberbatch and Martin Freeman stepped into the roles, they managed to meld many previous incarnations into two glorious performances.

Over Sherlock’s first three seasons, the Emmy Award–winning series has brought new life to stories over a century old and, with its Holmes and Watson for the twenty-first century, created a worldwide phenomenon. Investigating Sherlock examines each episode through in-depth and fun analysis, exploring the character development and cataloguing every subtle reference to the original stories. With biographies of Cumberbatch and Freeman, as well as Arthur Conan Doyle, Investigating Sherlock is great fun, and the ultimate guide to the great detective.

Nikki Stafford is the author of the acclaimed Finding Lost series, as well as companion guides to Buffy the Vampire Slayer, Alias, Angel, and Xena: Warrior Princess. Nikki blogs regularly on her site, Nik at Nite (nikkistafford.blogspot.com). She lives in London, Ontario.