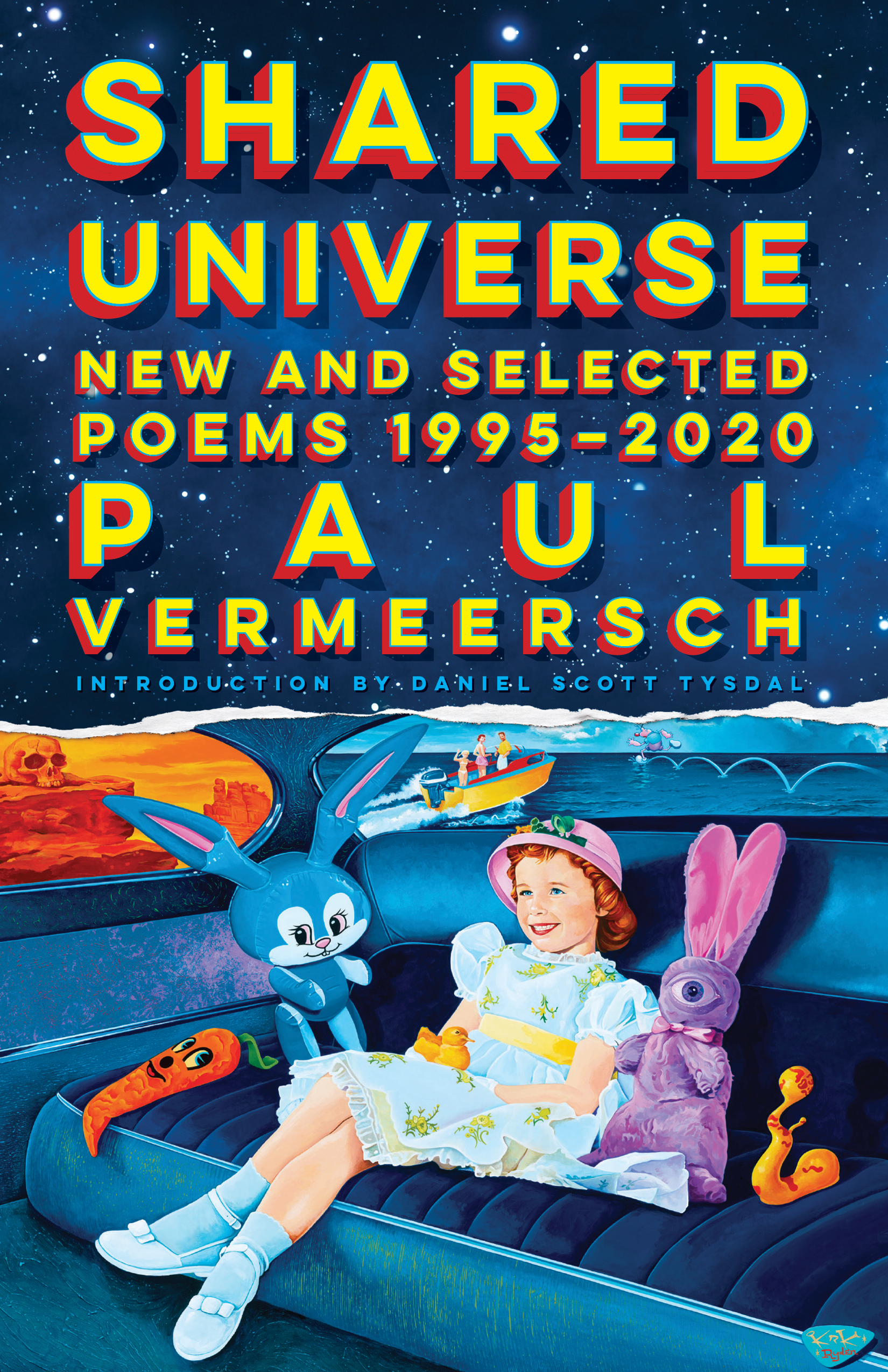 “An invaluable aid in this time of troubled spirits, muddled truths, and convoluted thinking.” — Mark Mothersbaugh, Devo Paul Vermeersch has reinvented the “new and selected.” Bringing together the very best of his poetry from the last quarter century with new and never-before-published works, Shared Universe is a sprawling chronicle of the dawn of civilizations, the riddles of 21st-century existence, and any number of glorious, or menacing, futures. Selected poetry collections are traditionally organized according to the books in which the poems first appeared, but these poems are arranged by prophecy and mythos, corresponding to the human (or trans-human) body, or as dictated by animal speech. In this universe, time is thematic instead of chronological, and space is aesthetic rather than voluminous. Here, alongside popular favourites, are recently unearthed gems and visionary new poems that reveal the books hidden within the books of one of Canada’s most distinctive and imaginative poets.

Paul Vermeersch is a poet, multimedia artist, creative writing professor, and literary editor. He is the author of several poetry collections, including the Trillium Award-nominated The Reinvention of the Human Hand and, most recently, Self-Defence for the Brave and Happy. He holds an MFA in creative writing from the University of Guelph for which he received the Governor General’s Gold Medal. His poems have been translated into Polish, German, Spanish, and French and have appeared in international anthologies. He teaches at Sheridan College and is the founding editor of Buckrider Books, an imprint of Wolsak & Wynn Publishers Ltd. He lives in Toronto, Ontario.