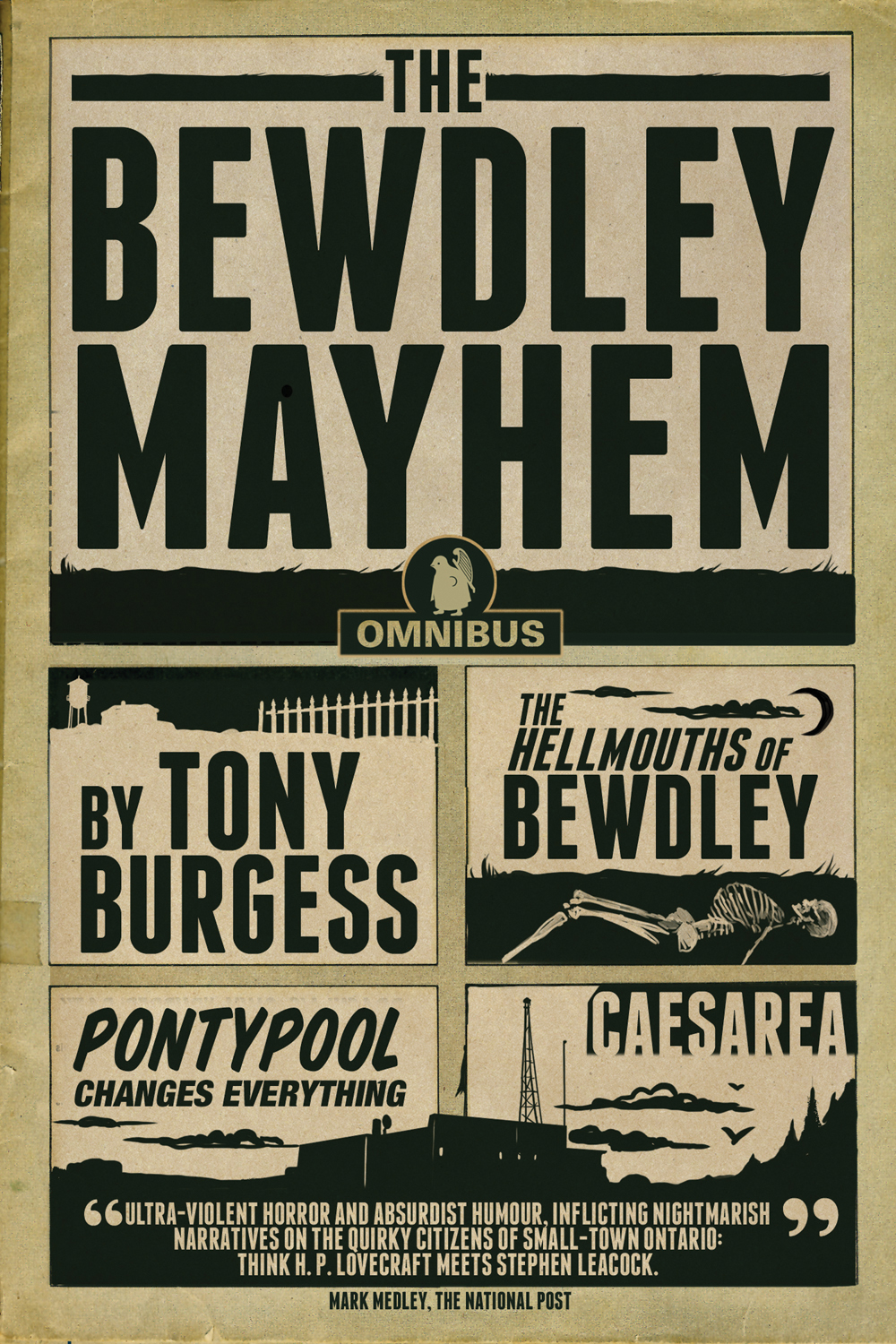 Three celebrated books — all of which harbour a twisted ambition to physically alter your imagination — together for the first time.The Hellmouths of Bewdley is a series of 16 stories hiding in a novel about a small town in Ontario’s cottage country. Navigating through drunk and dead men, prisons and suicides and mad doctors, these short stories act as a halfway house for literary delinquents.Pontypool Changes Everything is the terrifying story of a devastating virus. Caught through conversation, once it has you, it leads you into another world where the undead chase you down the streets of the smallest towns and largest cities.In Caesarea, everybody's embarrassed and nobody is mentioning the mess. Caesarea, you see, is the town that can’t get to sleep at night. Only Burgess demands answers to the really big question: Who’s been sleeping in your bed?

Tony Burgess lives in Stayner, Ontario. His novel Fiction for Lovers won the ReLit Award. In 2008, acclaimed director Bruce McDonald adapted Pontypool Changes Everything into film, and Tony was nominated for a Genie Award and won a Chlotrudis Award for best-adapted screenplay.