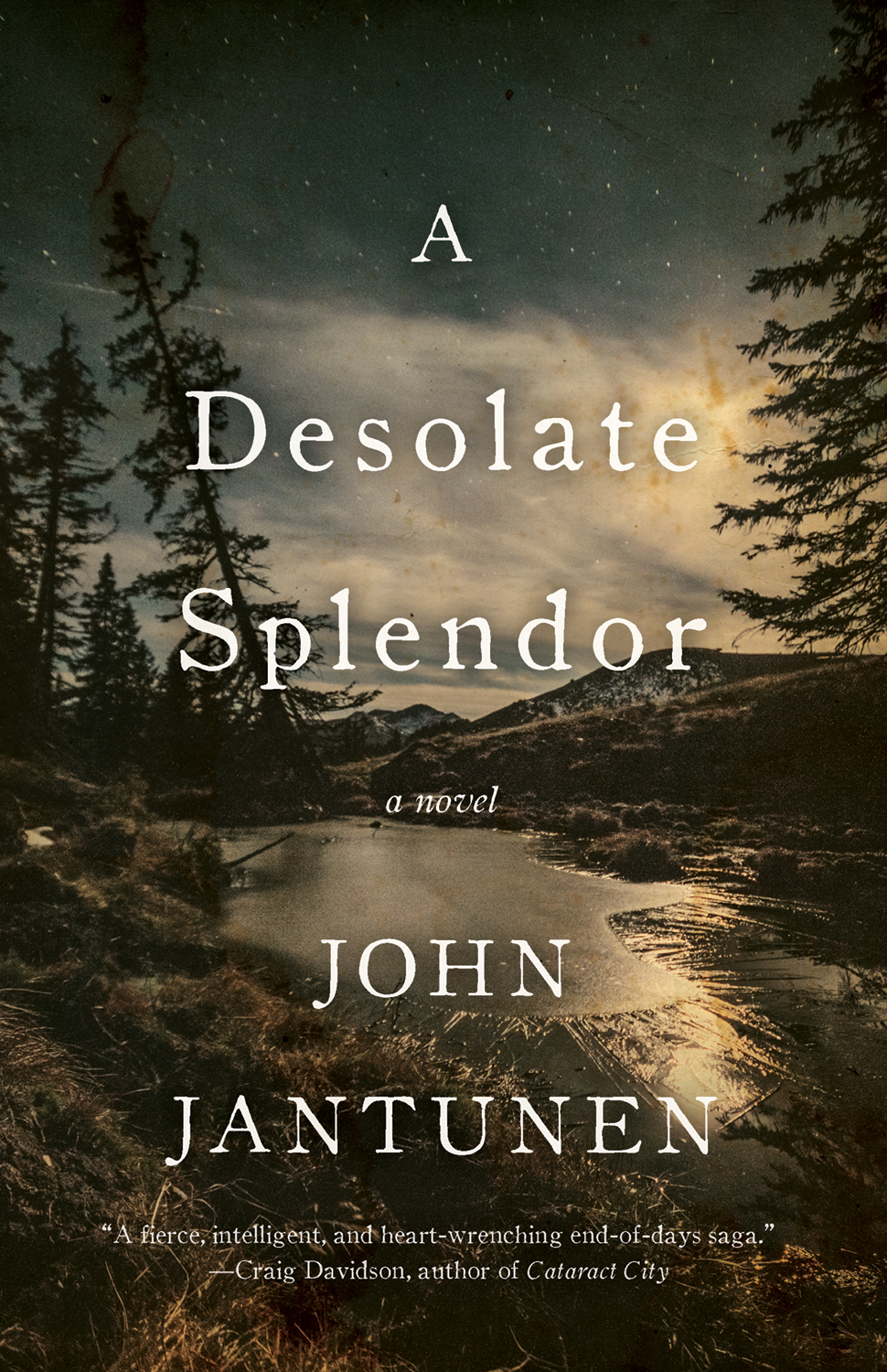 A chilling portrait of a family fighting to preserve their humanity in a cruel and merciless world The collapse of civilization has left the survivors scattered amongst a few settlements along the wilderness fringe of a land ravaged by war. Preyed upon by roving bands of sadistic ex-soldiers and ever at the mercy of a natural world that has turned against them, a family is facing their final days. Hope appears in the guise of their young son. Raised in isolation and taught by his father to survive at any cost, he is thrust headlong into a battle for the future of humankind after rescuing a girl fleeing from a savage and relentless cult bent on burning the world back to Eden. Raw and unflinching, A Desolate Splendor weaves a stark, and eerily familiar, portrayal of life on the brink of extinction and heralds the rise of an exciting new voice in apocalyptic fiction.

John Jantunen lives with his wife and two sons in Guelph, Ontario. One of his short stories appeared in Fractured: Tales From the Canadian Post-Apocalypse and his debut novel, Cipher, was shortlisted for the Kobo Emerging Writer Prize. He is currently working on his third book.