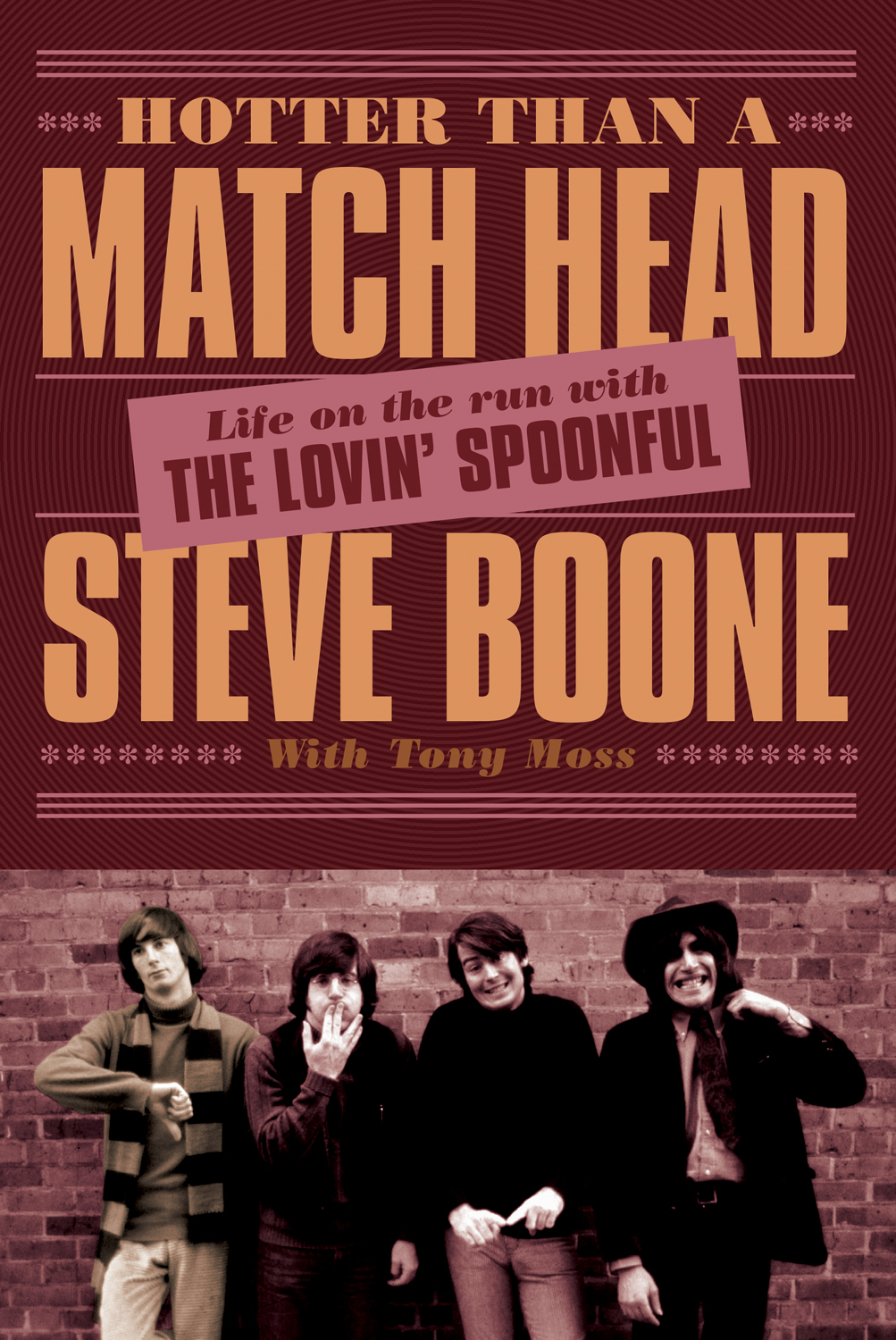 Life on the Run with The Lovin’ Spoonful

On October 15, 1967, bass player Steve Boone took the Ed Sullivan Show stage for the final time, with his band The Lovin’ Spoonful. Since forming in a Greenwich Village hotel in early 1965, Boone and his bandmates had released an astounding nine Top 20 singles, the first seven of which hit the Billboard Top 10, including the iconic Boone co-writes “Summer in the City” and “You Didn’t Have to Be So Nice.”Little did Steve Boone know that the path of his life and career would soon take a turn for the bizarre, one that would eventually find him looking at the world through the bars of a jail cell. From captaining a seaworthy enterprise to smuggle marijuana into the U.S. from Colombia, to a period of addiction, to the successful reformation of the band he’d helped made famous, Hotter Than a Match Head tells the story of Boone’s personal journey along with that of one of the most important and enduring groups of the 1960s.

Steve Boone is a member and owner of The Lovin’ Spoonful and performs regularly at concerts across Canada and the U.S. He lives on the northeast coast of Florida. Tony Moss is a senior editor at CBSSports.com in Fort Lauderdale and is the author of A Season in Purgatory: Villanova and Life in College Football’s Lower Class (2007). He lives in Boca Raton, Florida.