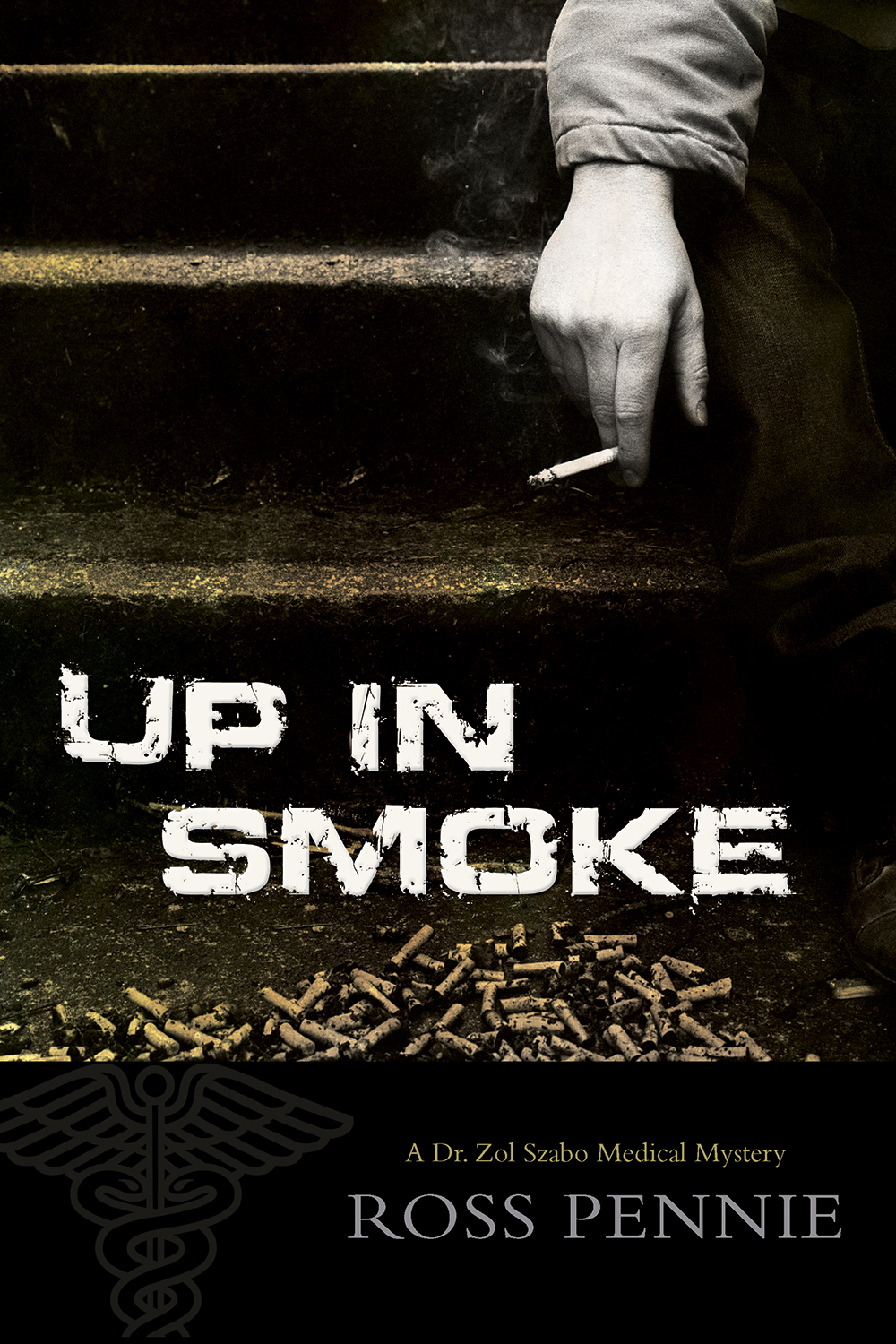 Suspense and corruption light up the third Dr. Zol Szabo offering Epidemic investigator Dr. Zol Szabo and his team are called to a panic’stricken high school in the heart of Ontario’s tobacco country, where teens are dying from liver failure. The team suspects a link with contaminated, cut-price cigarettes manufactured on nearby Grand Basin Indian Reserve. When Zol confronts The Badger, the multi-millionaire kingpin of the illicit Native tobacco trade, he is ordered to shut down his investigation when rebuffed by high-level government authorities. The Badger’s contaminated tobacco spreads across the country, and key witnesses and Zol’s family are put in the crosshairs of a ruthless criminal. Can Zol dig deep enough to find a creative solution before it’s too late?

Ross Pennie was an infectious disease specialist and university professor for two decades before turning his hand to writing fiction. His two previous Dr. Zol Szabo novels (Tainted, 2009, and Tampered, 2011) both won the Arts Hamilton Literary Award. A father of two grown children, he lives with his wife near Hamilton, Ontario.