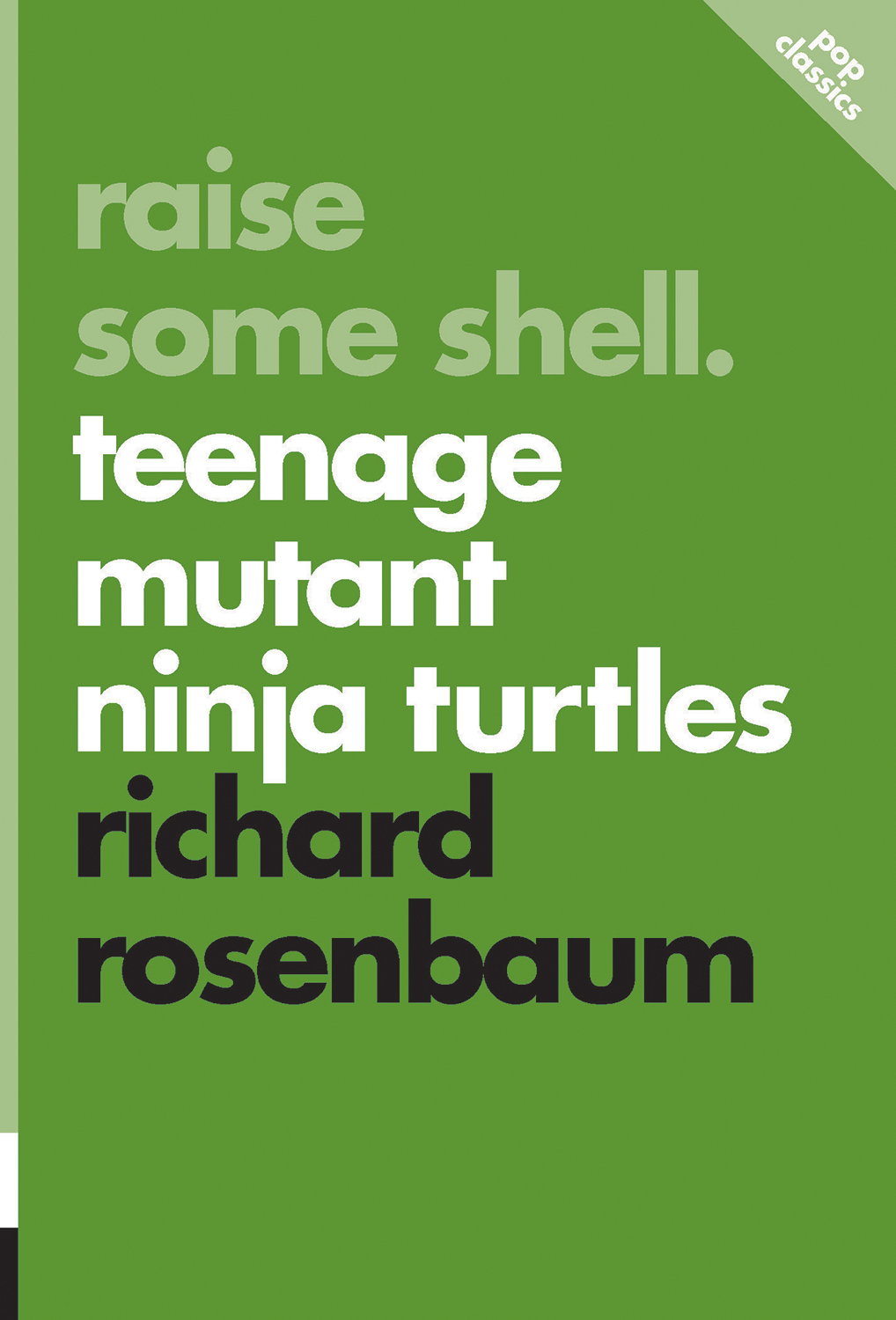 Celebrating the persistence of Turtle Power Raise Some Shell critically and cleverly examines the origins, evolution, and impact of the Ninja Turtles phenomenon — from its beginning as a self-published black-and-white comic book in 1984, through its transformation into a worldwide transmedia phenomenon by the middle of the 1990s, and up to the sale of the property to Nickelodeon in 2009 and relaunch of the Turtles with new comics, cartoons, and a big-budget Hollywood film. With the eye of contemporary cultural studies and the voice of a true lifelong Turtles fan, Rosenbaum argues that the Turtles’ continuing success isn’t mere nostalgia, but rather the result of characters, and a franchise, that mutated in a way that allowed the to survive and thrive in a post-modern world.

Richard Rosenbaum is a fiction editor at Broken Pencil (Canada’s magazine of the underground arts and independent culture) and a regular contributor to overthinkingit.com. He received his Master’s degree in communication and culture from Ryerson University, and this is what he’s doing with it. He lives in Toronto, Ontario. His favourite Turtle is Donatello.