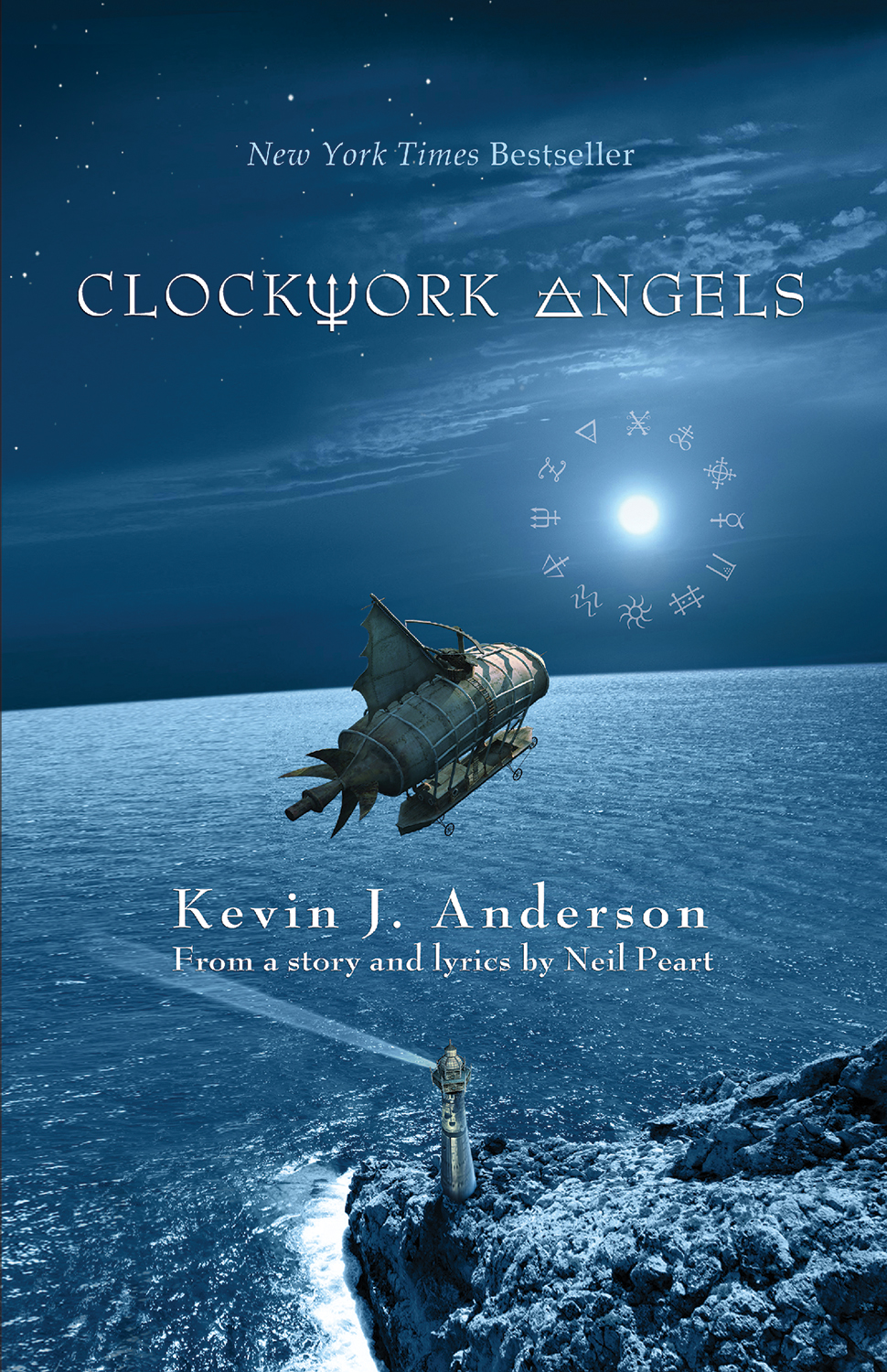 For more than two centuries, the land of Albion has been ruled by the supposedly benevolent Watchmaker, who imposes precision on every aspect of life. Young Owen Hardy from the village of Barrel Arbor dreams of seeing the big city and the breathtaking Clockwork Angels that dispense wisdom to the people, maybe even catching a glimpse of the Watchmaker himself.

He watches the steamliners drift by, powered by alchemical energy, as they head towards Crown City — never dreaming that he is already caught between the grandiose forces of order and chaos, between the Watchmaker and his nemesis, the Anarchist. Owen’s journeys begin at a fabulous carnival with clockwork wonders beyond his imagination and take him aboard airships, far into the Redrock Desert to seek lost cities, through storms at sea to encounters with pirates … and give him a chance at love.

Kevin J. Anderson is the bestselling science fiction author of over 120 novels. He has written spin-off novels for Star Wars, DC Comics, and The X-Files and, with Brian Herbert, is the co-author of 12 novels in the Dune universe. His original works include the Saga of Seven Suns series; Terra Incognita; Resurrection, Inc.; Hopscotch; and the Dan Shamble Zombie P.I., series. He lives in Colorado. Neil Peart was the drummer and lyricist of the legendary rock band Rush and the author of Ghost Rider, The Masked Rider, Traveling Music, Roadshow, Far and Away, Far and Near, and Far and Wide.