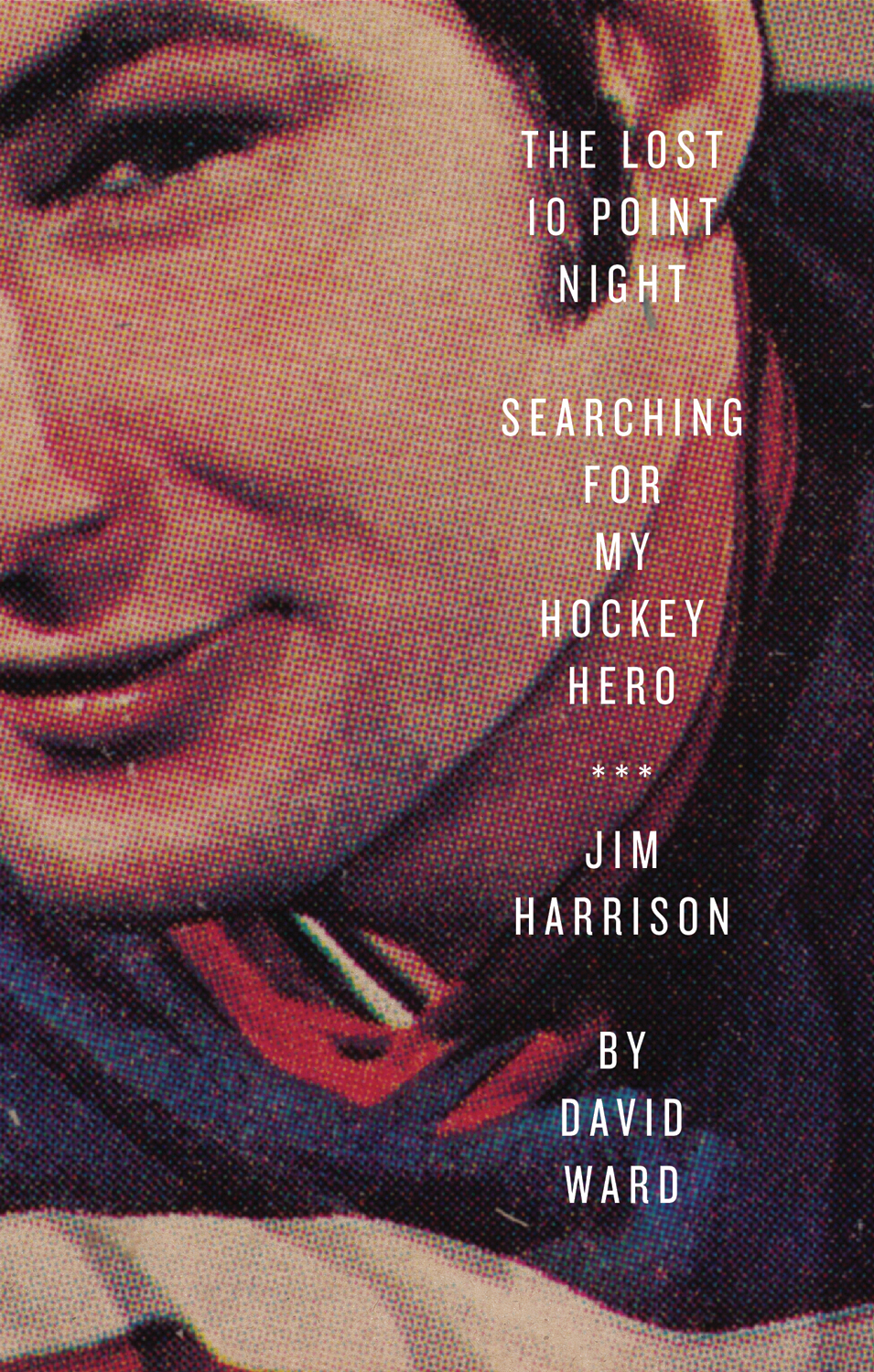 Jim Harrison grew up on the prairies, played Junior in Saskatchewan, and pro with the Bruins, Leafs, Hawks, and Oilers. Three years before a former teammate equaled the mark, Harrison set one of the most enduring and seemingly unbreakable records in professional hockey with three goals and seven helpers on January 30, 1973. And almost nobody remembers.This is Harrison’s story: the games he played, the agent who stole from him, the woman he mourned, the fights he fought, and the friends he made — and lost — including Bobby Orr and Darryl Sittler. It’s about the injuries he suffered, the pedophiles who preyed on him and other young players, and a Players Association that, he says, “wants me to die.”But The Lost 10 Point Night is also a response to Stephen Brunt’s Searching for Bobby Orr and Gretzky’s Tears — a book as much about Harrison as it is about author David Ward, a 50-year-old guy who went in search of his childhood hero.

Moving freely between his hometown of Kitchener, Ontario, and his adopted home of McCallum, Newfoundland, David Ward is an author, teacher, columnist, and part-time lobster fisherman.