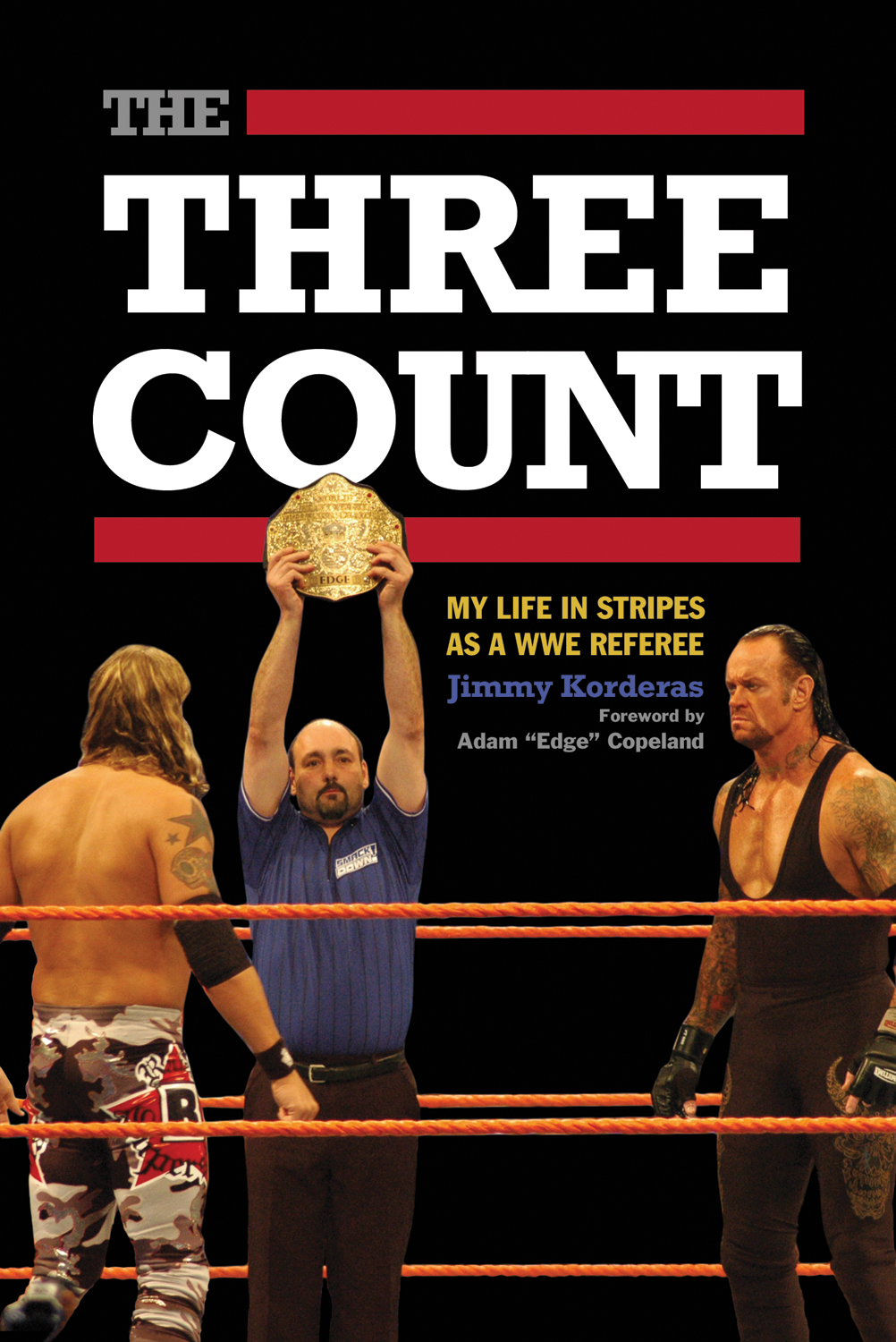 My Life in Stripes as a WWE Referee

The Three Count highlights the triumphs and tragedies Jimmy Korderas experienced over his storied career as a WWE ref, from humble beginnings with Jack Tunney in Toronto to being a part of the main event at WrestleMania. For the first time, Korderas talks about the harrowing experience of being in the ring during Owen Hart’s accident and about the horrific effects of the Chris Benoit tragedy — the most difficult moments of his life in wrestling. The book also includes untold stories from inside and outside the ring, highlighting the bonds Korderas formed with WWE superstars like Eddie Guerrero, Edge, John Cena, Stone Cold Steve Austin, Christian, and Chris Jericho. A fun read from a man who doesn’t have an axe to grind, but who wants to inspire wrestling fans and prove that dreams do come true, The Three Count shows that there’s much more to the entertainment industry than scandals and dirty laundry.

Jimmy Korderas was a World Wrestling Entertainment referee for over 20 years. He now works as a radio and television broadcast analyst. He lives in Toronto, Ontario. Adam “Edge” Copeland is a former wrestling star. He won the Tag Team Championship seven times — setting the record for a duo — then won an eighth championship in 2002 with Rey Mysterio as his partner. Edge officially became a force in the singles division when he won the King of the Ring in 2001. He has also won the Intercontinental Championship on four occasions.