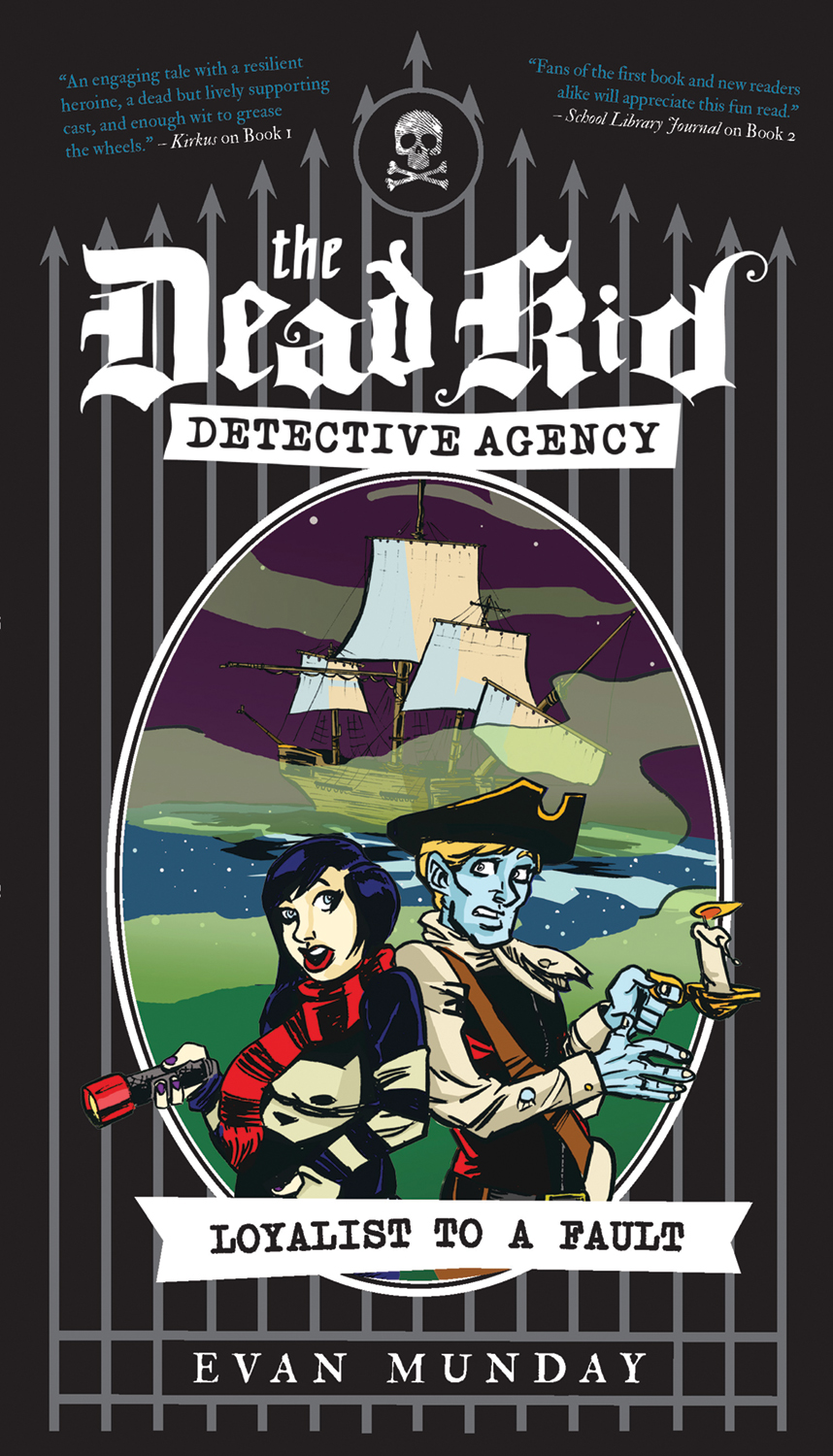 Loyalist to a Fault

October Schwartz and her five deadest pals are back for another crime-solving caper When October Schwartz raises her five dead friends to investigate the cause of Cyril Cooper’s death way back in 1783, she expects a dull research-based journey into the lives of Canada’s earliest British settlers, the United Empire Loyalists. You’d think our favourite teen detective would have the hang of this solving-mysteries thing by now, but when a ghost pirate appears on the scene, October may be in over her head. The ghost pirate — or someone in a very convincing costume — is thieving key evidence at every turn, beating October to the goods time and again. Worst of all, Valentine’s Day is looming, and October’s friends seem more concerned about secret admirers than secret conspiracies. As October digs deeper into the mystery, she starts to suspect the pirate may be someone very close to her, just as she uncovers facts regarding her long-missing mom and the meaning behind a cryptic message from a past case. The Dead Kid Detective Agency’s third quest is a veritable bouquet of misadventures that weaves the American Revolution, a beyond-chaotic school dance, a historic sea vessel, and a boatload of supernatural shenanigans into one unforgettable madcap adventure.

Evan Munday is the author and illustrator of the Silver Birch award finalists The Dead Kid Detective Agency and Dial M for Morna. He lives in Toronto, Ontario.