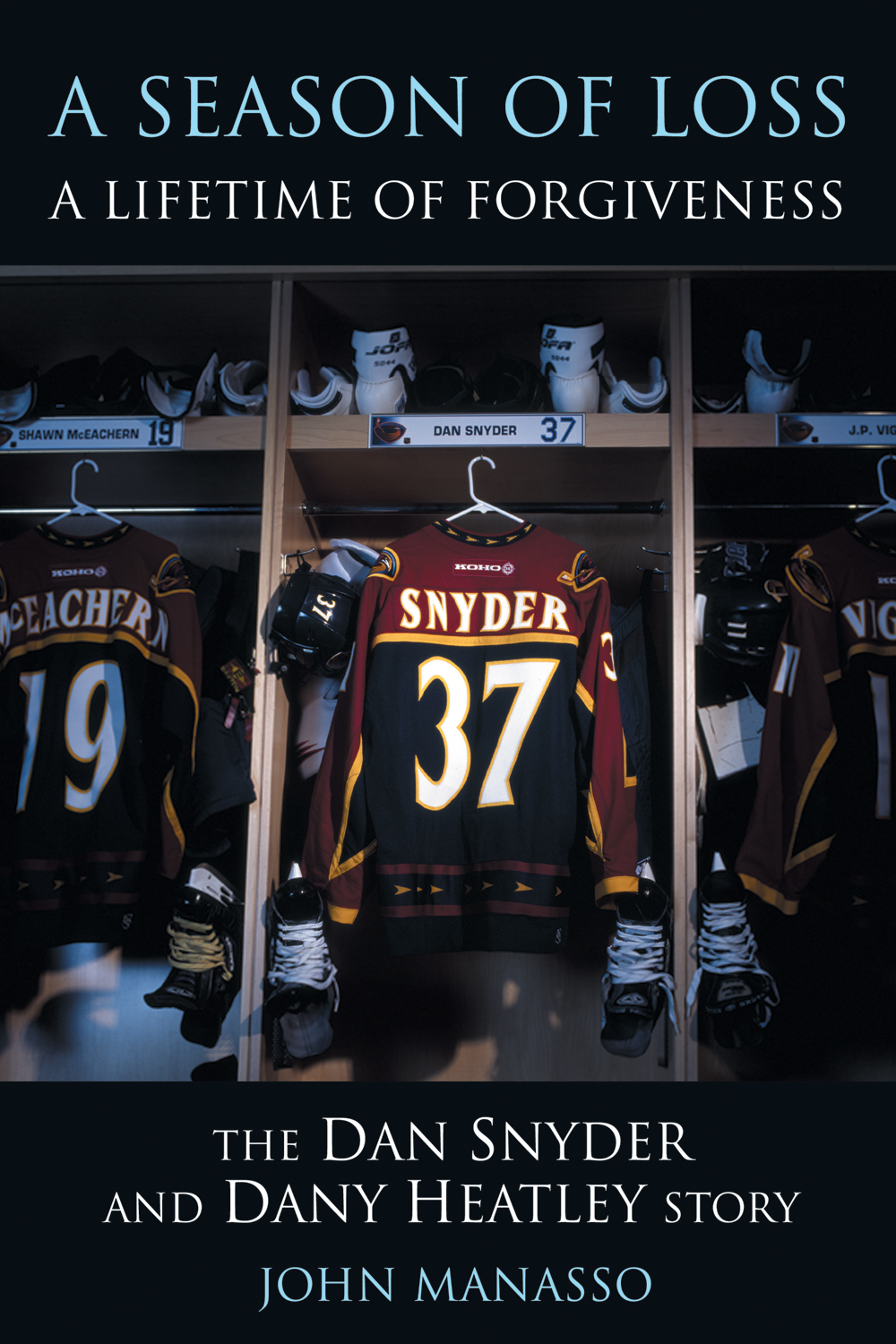 A Season of Loss, A Lifetime of Forgiveness

Dan Snyder narrowly escaped being cut from his junior hockey team for two years in a row. That’s hardly the stuff that nhl careers are made of. But Snyder earned his spot on the NHL’s Atlanta Thrashers roster through sheer force of will and strength of character, even though scouts thought the odds were against him.Those who knew Snyder describe him as the kind of person others naturally gravitated towards. One of those people was Dany Heatley, college star, All-Star, and marked one of the nhl’s next great players.On September 29, 2003, while driving down a treacherous Atlanta road with Snyder, Heatley lost control of his car. Snyder was injured, and died in hospital six days later. The lives of his family, friends, and teammates changed forever, as they searched for meaning and healing.Meanwhile, authorities in Atlanta charged Heatley with vehicular homicide. Snyder’s family, however, took a path of forgiveness and reconciliation—a path that is ingrained in the Mennonite tradition from which they hail. While some might lash out against an easy target, the Snyders invited Heatley and his parents into their lives in an effort to make peace with their grief.This paperback edition contains an afterword by the Snyder family.

John Manasso is a freelance writer for NHL.com and covers the NHL, NBA, and NFL for an affiliate website of FoxSports.com. He lives in Decatur, GA.