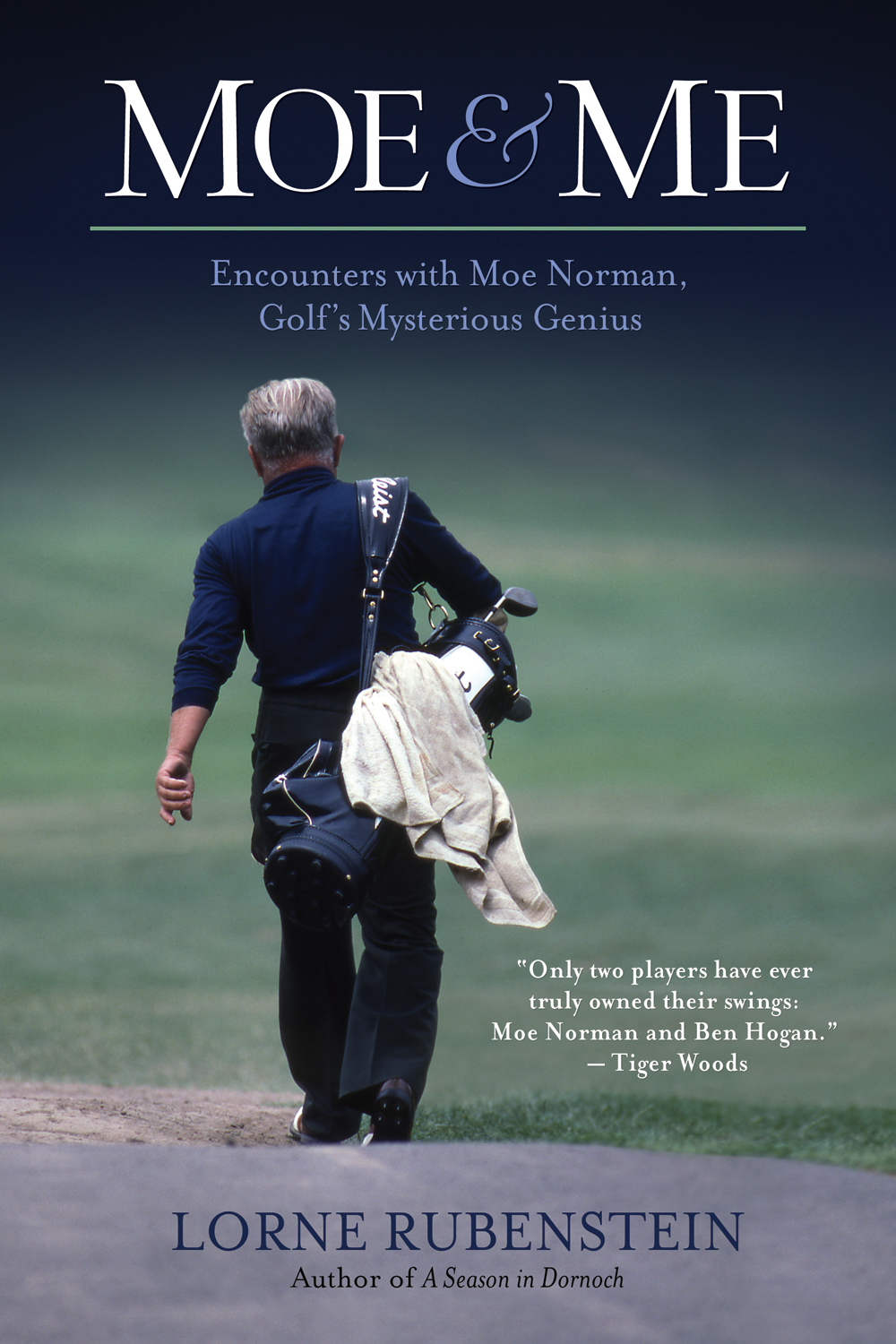 The unique life story of late golfer Moe Norman Moe Norman has been called “The Mysterious Genius of Golf.” His swing, his mannerisms, and his lifestyle were unusual to say the least: Moe played very quickly, never took a practice swing, often repeated phrases when talking, and lived in motel rooms most of this life. Moe, who died in 2004 at age 75, suffered from crippling insecurity and introversion, which kept him from succeeding at the highest levels of play. Yet Tiger Woods has said that only Moe and Ben Hogan actually “owned” their swings, and Moe described himself as “the happiest guy on two feet.” In Moe and Me, Lorne Rubenstein, a sports journalist who knew Moe for 40 years, examines Moe Norman’s unique swing, his character, and how he lived his life well, despite being limited in significant ways. Rubenstein also offers his views on what made Moe special and what this most sensitive and peculiar man meant to him and to others.

LORNE RUBENSTEIN is the golf columnist for The Globe and Mail and has contributed to magazines around the world, including Golf Digest, Golf World, Golf Magazine, and Esquire. He is the author of a number of bestselling books about golf and was inducted into the Canadian Golf Hall of Fame for journalism. He lives in Toronto, Ontario.