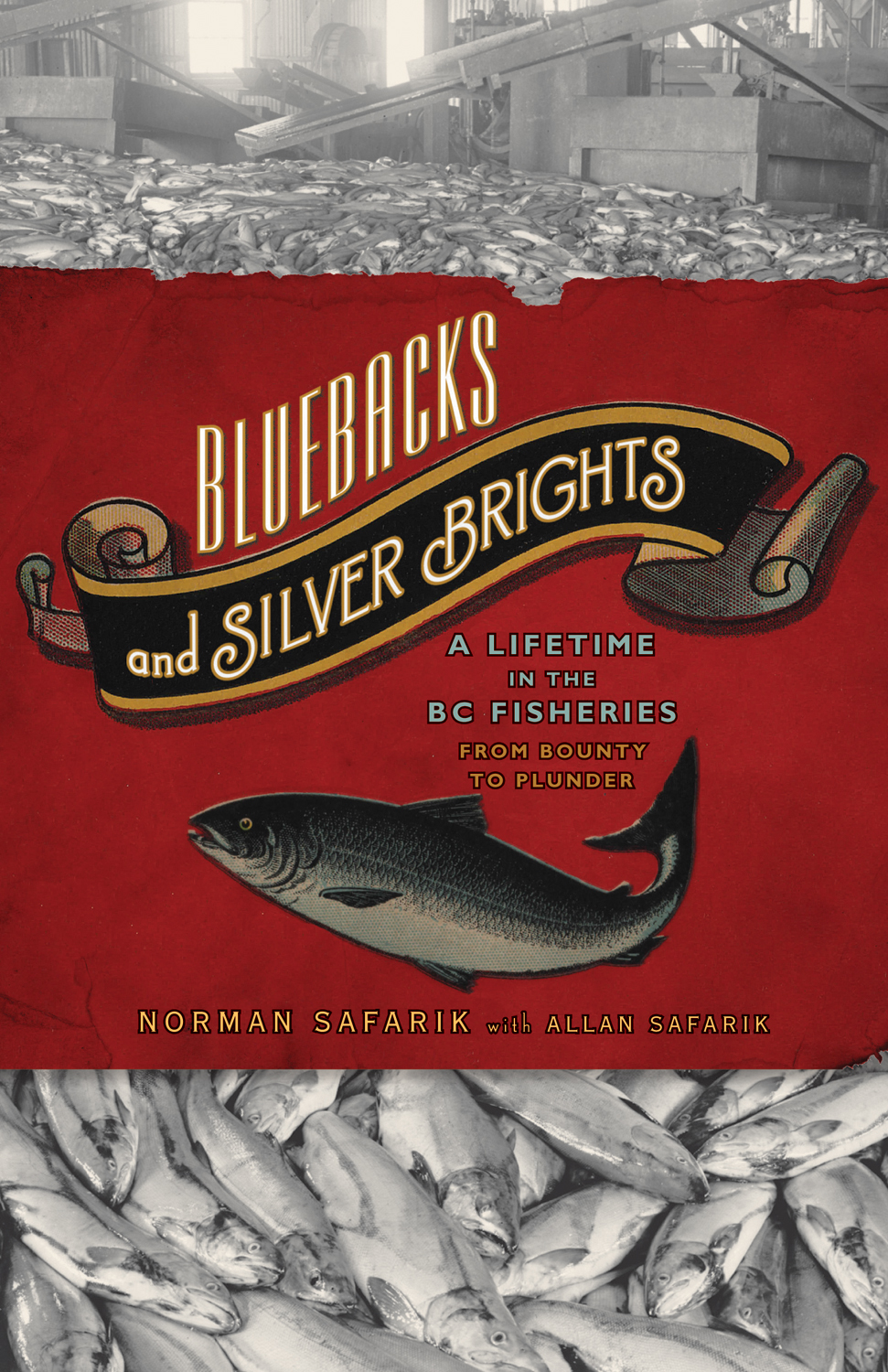 A Lifetime in the B.C. Fisheries from Bounty to Plunder

A captivating memoir set during the pinnacle of West Coast fishing More than a history of the Vancouver fishing industry, Bluebacks and Silver Brights is a collection of great adventures set on the Pacific coast. With dozens of salty tales of hardworking and hard-living fisherman and fish industry workers, this is Norman Safarik’s story of West Coast fishing from the Gulf of Georgia to Prince Rupert, with a detour to New York’s old-time fish markets. With wisdom and insight, Safarik’s story is also an ecological warning, recalling the lost bounty of Canada’s natural resources of a century ago, and their possible extinction today at the hands of government mismanagement and overfishing.

NORMAN SAFARIK has worked in the fish industry his entire life. He followed his father in this business and has been succeeded by his son. For 50 years, he knew every fisherman and wholesaler in British Columbia, and along the west coast of the United States. His reach extended to New York City, Montreal, Japan, and Cuba. Norman’s son, poet and editor ALLAN SAFARIK, was born and raised in B.C. Allan’s works include All Night Highway (1997), How I Know The Sky Is a River (1999), and Bird Writer’s Handbook (2003). In 2003, he won the John V. Hicks Manuscript Award for Literary Non-Fiction and in 2005 he won the Saskatchewan Book Award for poetry for When Light Falls from the Sun. Allan Safarik lives in Dundurn, Saskatchewan.