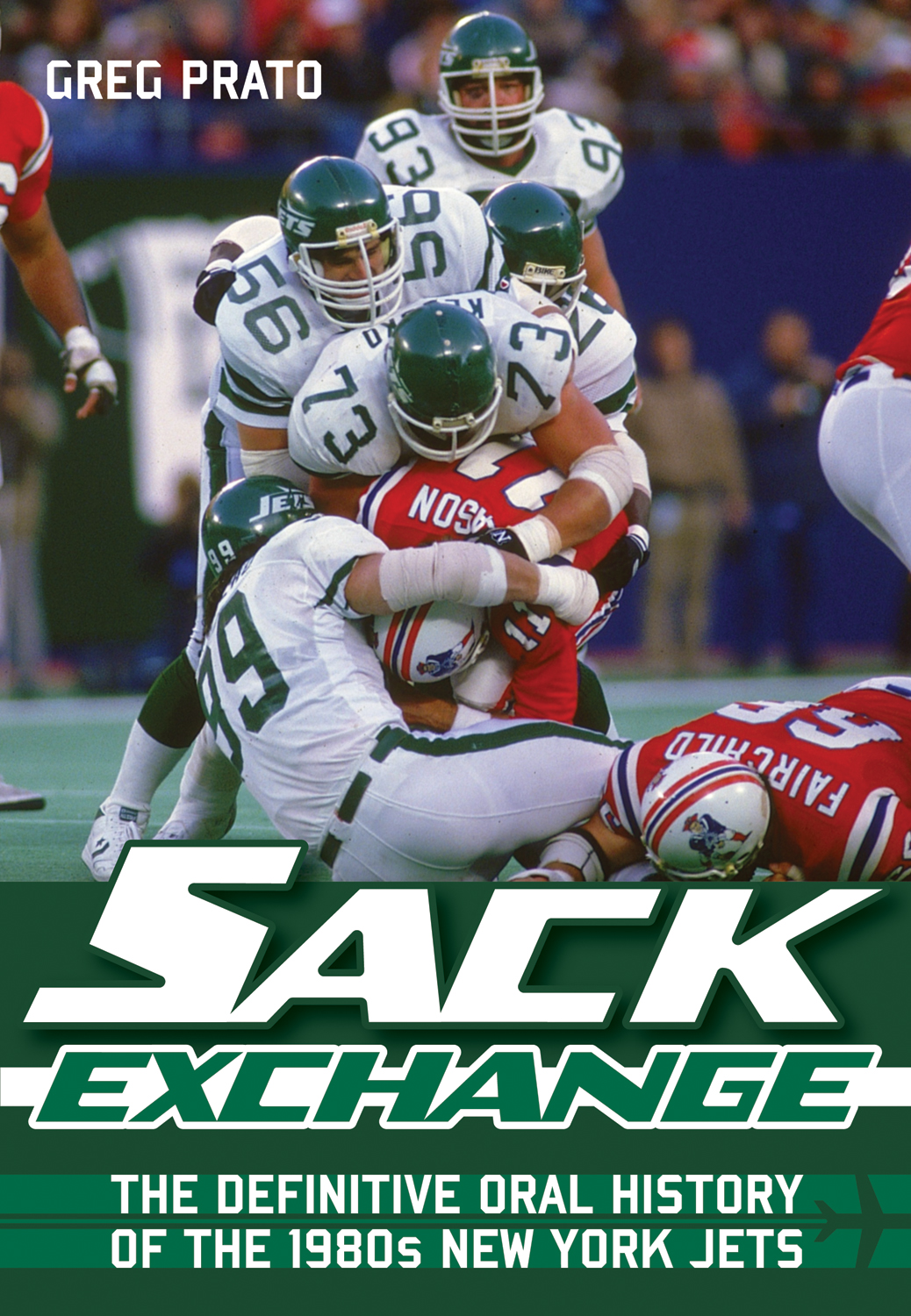 The Definitive Oral History of the 1980s New York Jets

Comprised of all-new, exclusive interviews with Jets players, head coaches, and those closest to the organization, Sack Exchange is not only an eye-opening account of the Jets from this time, but also of the National Football League as a whole. The New York Sack Exchange was the nickname given to the New York Jets defensive line of the early 1980s, consisting of Mark Gastineau, Joe Klecko, Marty Lyons, and Abdul Salaam. Examined are such topics as the beginning of the Jets-Dolphons rivalry, the controversial firing of head coach Walt Michaels and hiring of Joe Walton, the team’s relationships behind the scenes, the emergence of Joe Klecko, the rise and fall of Mark Gastineau, steroid use among the Jets and in the NFL, the legendary Shea Stadium as well as never-before-heard stories and insight into the legacy of Joe Namath.

Greg Prato is a Long Island, New York-based journalist, whose writing has appeared in such renowned publications as All Music Guide, Rolling Stone.com, Billboard.com, and Classic Rock Magazine, among others. He is also the author of six critically acclaimed and popular books, A Devil on One Shoulder and an Angel on the Other: The Story of Shannon Hoon and Blind Melon, Touched by Magic: The Tommy Bolin Story, Grunge is Dead: The Oral History of Seattle Rock Music (ECW Press, 2009), No Schlock . . . Just Rock!, The Eric Carr Story, and MTV Ruled the World: The Early Years of Music Video.