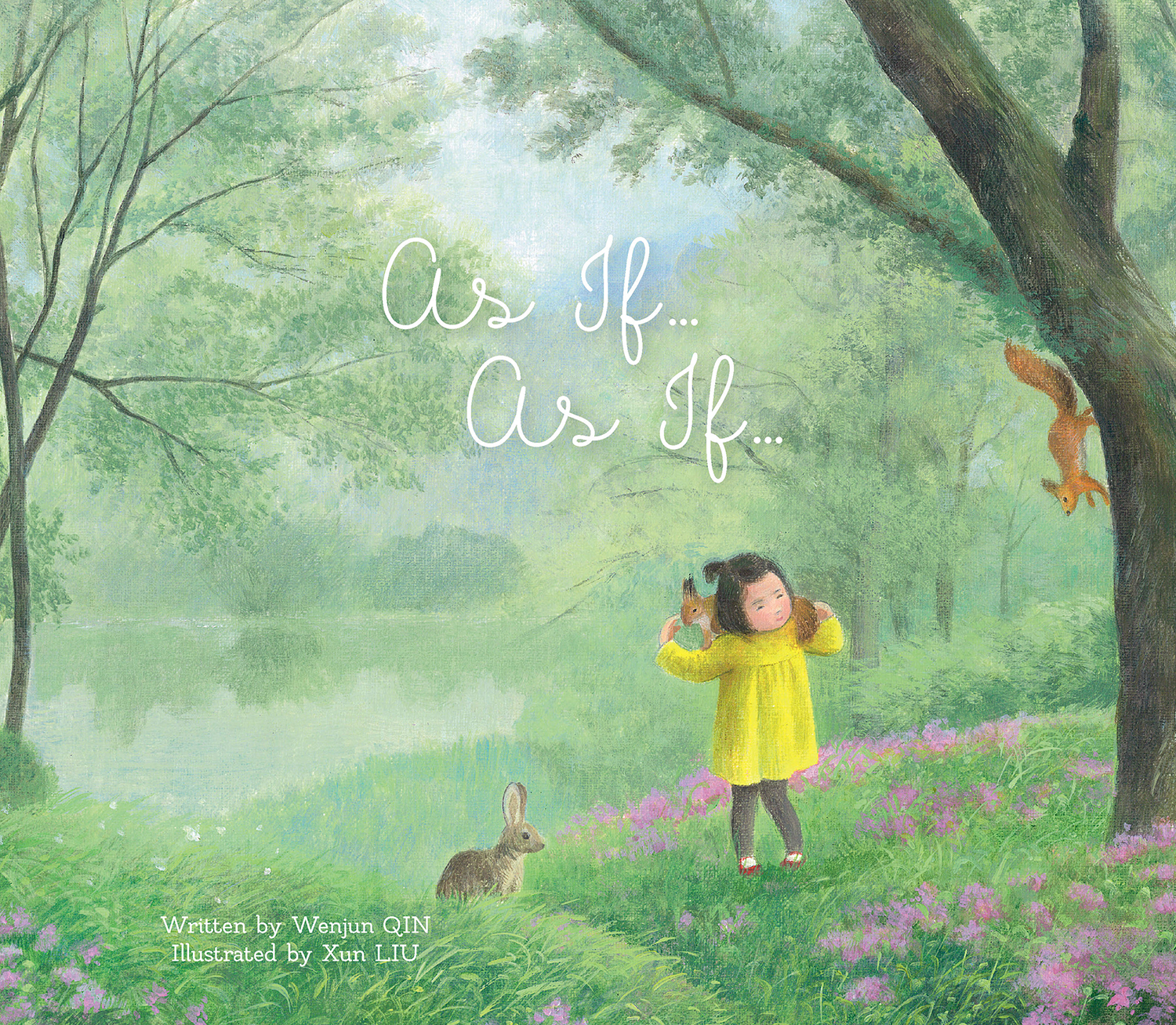 A little girl with a vivid imagination ventures into the garden after it has rained and discovers its beauty. Full of imagination, she enjoys a stroll and encounters many of the creatures that call the garden home. A smartly dressed earthworm, the lazy sun, a shy raccoon, a dancing butterfly. There is so much for her to see. This beautifully illustrated story will make readers appreciate the small wonders of nature.

Award-winning children’s book writer Wenjun Qin was born in Shanghai in 1954. In 2009, she became the first Chinese writer to be shortlisted for the Astrid Lindgren Memorial Award. In 2002, she was nominated for the Hans Christian Andersen Award.

Xun Liu, who resides in Nanjing, China, studied craft design and worked as a designer and animator. She went on to study classical painting techniques and began creating children’s picture books after her daughter was born.