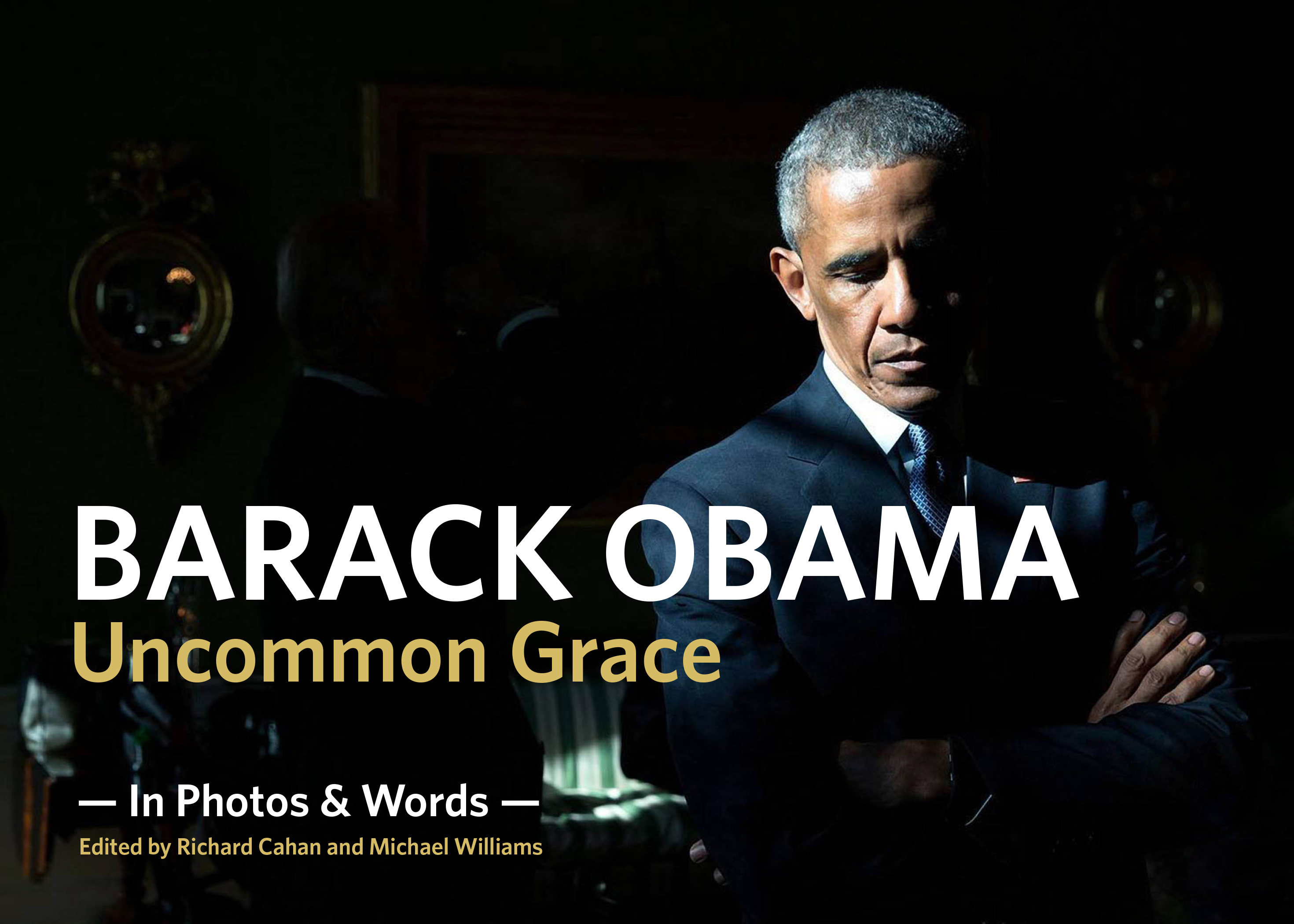 Barack Obama: Uncommon Grace is the first look at the Obama presidency through the eyes of all seven White House photographers who documented his years in office. The book tells the story of this essential time—from Obama’s joyous inauguration to his final bittersweet days in office—through nearly 300 photographs, many never published before. It focuses on Obama the man: his humility and his humanity. It looks at his love of family, his belief in America and his role as a world leader. In a sense, the book is narrated by Obama himself as it is filled with his enduring quotes from public addresses and his memorable recollections.

Uncommon Grace is a refreshing reminder that takes a close look at leadership, the presidency and America itself.

Richard Cahan and Michael Williams have teamed up to produce more than twelve books. Most are based on long-lost archives or photographic collections. Called “the eloquent archival sleuthing duo” by Booklist magazine, they have written award-winning books about photography, art and history, including the award-winning River of Blood: American Slavery from the People Who Lived It, Aftershock: The Human Toll of War and Un-American: The Incarceration of Japanese Americans during World War II.