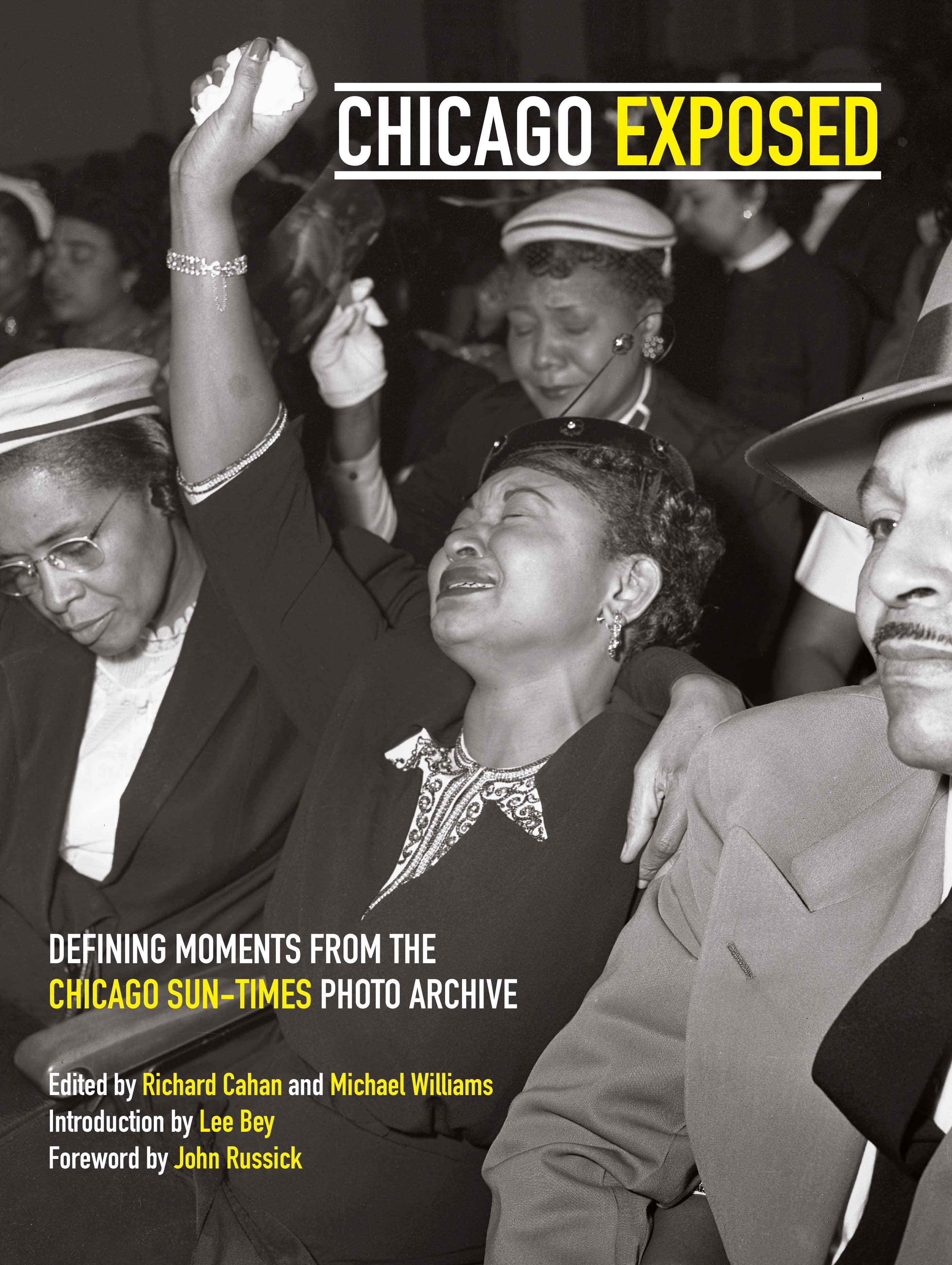 It is based on the most eye-opening photographs taken over the past eighty years by the staffs of the Chicago Sun-Times and Chicago Daily News. Pictures of labor strikes, racial unrest, immigration, crimes and catastrophes, renewal and resistance.

But what makes this book so powerful is its bold writing. Each of these iconic photographs is paired with text from varied and vital writers that bring the pictures alive. Their words offer insight into what the photograph, taken decades ago, means to Chicago now.

This book is about our recent past. It begins at the start of World War II and ends in the calamitous year of 2020. It covers Chicago: from Uptown to Pilsen, from the West, North, to the South Sides. And it includes the people who helped mold modern Chicago, mayors like the Daleys, Harold Washington and Jane Byrne, and outsiders such as Martin Luther King Jr. and Abbie Hoffman, who left their mark.

Chicago Exposed provides a detailed look at more than 100 photographs that have recently been archived at the Chicago History Museum. Pivotal moments—the funeral of Emmett Till, the 1968 Democratic National Convention, and even Disco Demolition Night—as well as pivotal places—such as Maxwell Street, the Garrick Theater and Cabrini-Green—are all here. But not in a nostalgic way. Here to reconsider.

The book is introduced by Sun-Times writer Lee Bey, whose recent award-winning book Southern Exposure takes a fresh look at Chicago's South Side. Richard Cahan and Michael Williams, the city's most prolific picture editors, write and edit the book. They are accompanied by dozens of contributing writers, both new and established, who share insights into photographs that capture the moment and speak to the future.

Lee Bey is an editorial writer at the Chicago Sun-Times. He has also worked at the paper as a reporter and architecture critic. He is the author of Southern Exposure: The Overlooked Architecture of Chicago's South Side.Michael Williams is the author and co-author of more than twelve books—many based on the photo archives. His most recent book is River of Blood: American Slavery from the People Who Lived It, a collection of portraits and excerpts from formerly enslaved men and women.Richard Cahan, former picture editor of the Chicago Sun-Times, is the author or co-author of more than a dozen award-winning books, including books about slavery, World War II and Barack Obama.