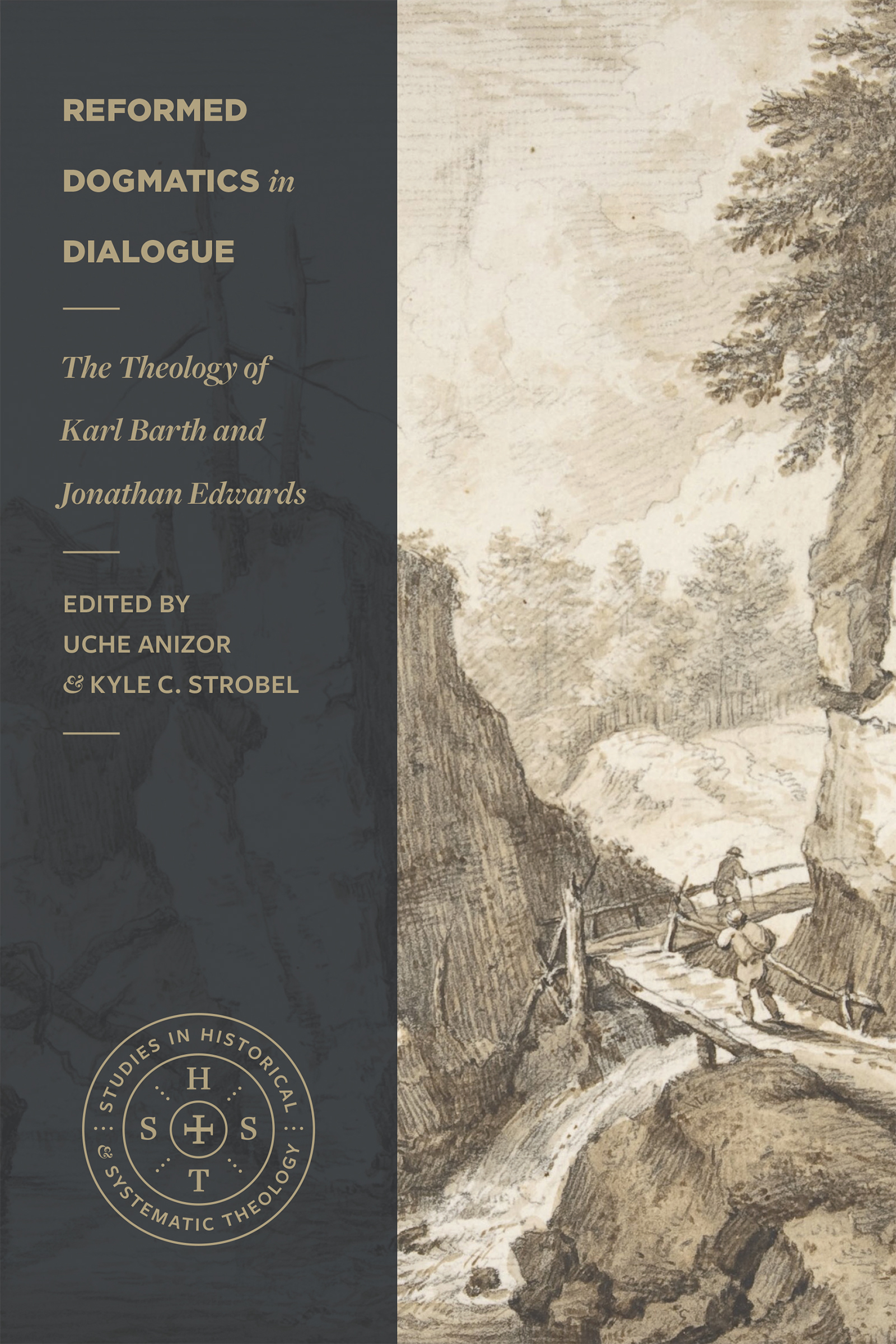 The Theology of Karl Barth and Jonathan Edwards

Jonathan Edwards and Karl Barth are widely considered to be the greatest North American and Swiss theologians, respectively. Though situated in vastly different contexts and separated by nearly two hundred years, they shared intriguing similarities. Both employed exegesis, theology, and philosophy with ease. Both reasoned with unique quality, depth, and timelessness. Both resisted liberal shifts of their day while remaining creative thinkers. And both were Reformed without uncritically assuming the tradition.

Edited by Uche Anizor and Kyle Strobel, ReformedDogmatics in Dialogue engages Edwards and Barth for constructive dogmatics. Each chapter brings these theologians into conversation on classic theological categories, such as the doctrine of God, atonement, and ecclesiology, as well as topics of particular interest to both, such as aesthetics and philosophy. As with all great theologians, Edwards and Barth continue to illuminate Christian doctrine. Readers will appreciate their rigor of thought and devotion to Christ.

Uche Anizor (PhD, Wheaton College) is associate professor of theology at Talbot School of Theology, Biola University, and author of Trinity and Humanity: An Introduction to the Theology of Colin Gunton.

Kyle Strobel (PhD, University of Aberdeen) is associate professor of spiritual theology at Talbot School of Theology, Biola University, and author of several books on Jonathan Edwards, including Jonathan Edwards's Theology: A Reinterpretation.