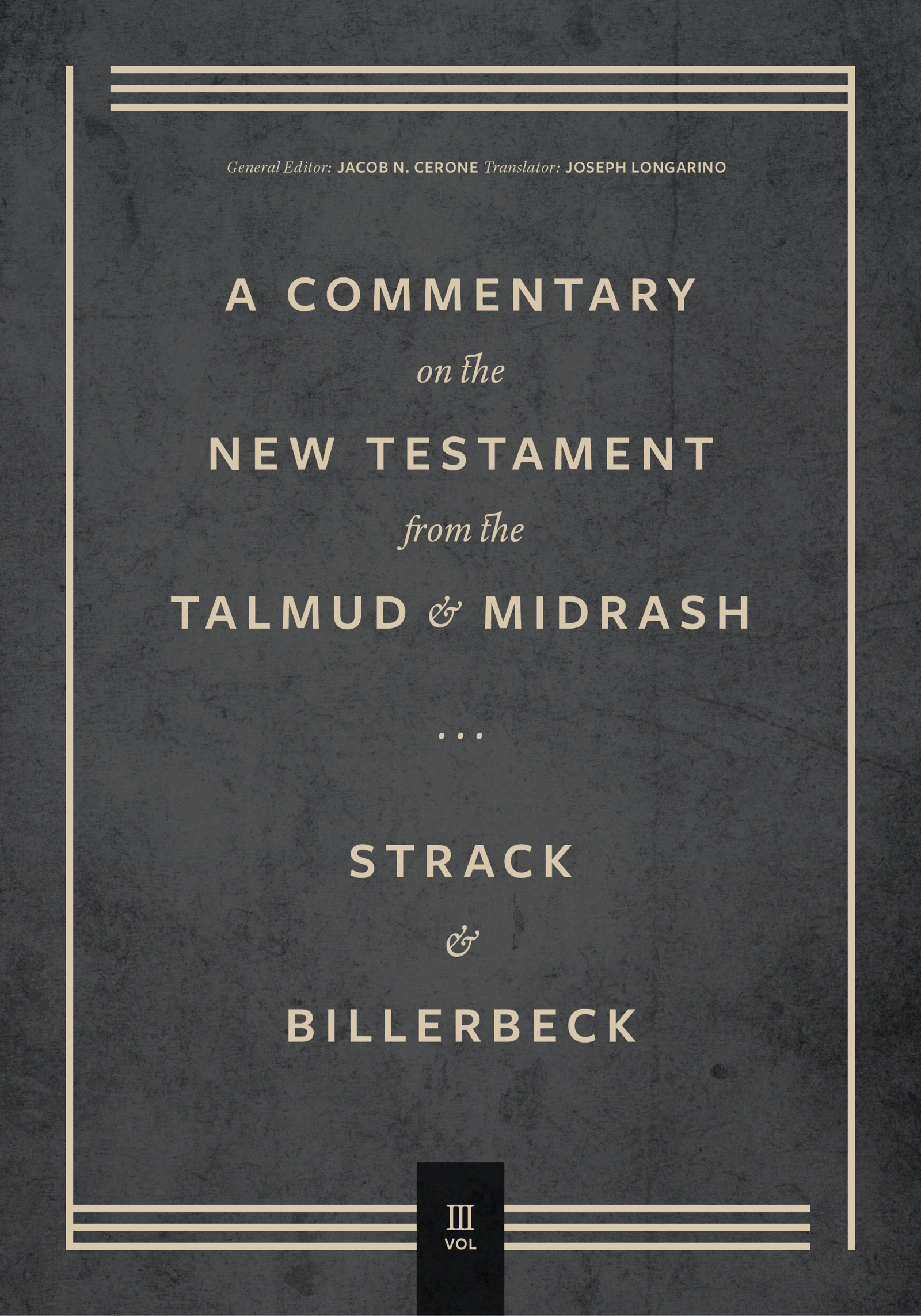 Commentary on the New Testament from the Talmud and Midrash, vol. 3

Hermann L. Strack and Paul Billerbeck's Commentary on the New Testament from the Talmud and Midrash, originally published between 1922 and 1928, is an important reference work for understanding the New Testament in light of contemporary Jewish thought. Originally published as Kommentar zum Neuen Testament aus Talmud und Midrasch, it has been unavailable in English until now. This first--ever English translation brings the work to a new audience.

The commentary walks through each New Testament book verse by verse, referencing passages from the Midrash and the Talmud and showing their relevance for situating the Bible in its cultural background. While much research has been done on Second Temple Judaism since this work, nothing has come close to replacing it. This is truly an essential resource for academics, students, and pastors.

Volume 3 contains an English translation of the commentary on Romans through Revelation.

Hermann Strack (1848–1922) was a German Orientalist and theologian. He studied rabbinics under Jewish--Bohemian scholar Moritz Steinschneider. Strack founded the Institutum Judaicum, an organization focused on the conversion of Jews to Christianity, and was a critic of the growing anti--Semitism in his day.

Paul Billerbeck (1853–1932) was a German Lutheran minister and scholar of Judaism. Billerbeck was heavily involved in missionary work in Berlin, where he was engaged in the evangelism of Jews living in Germany.