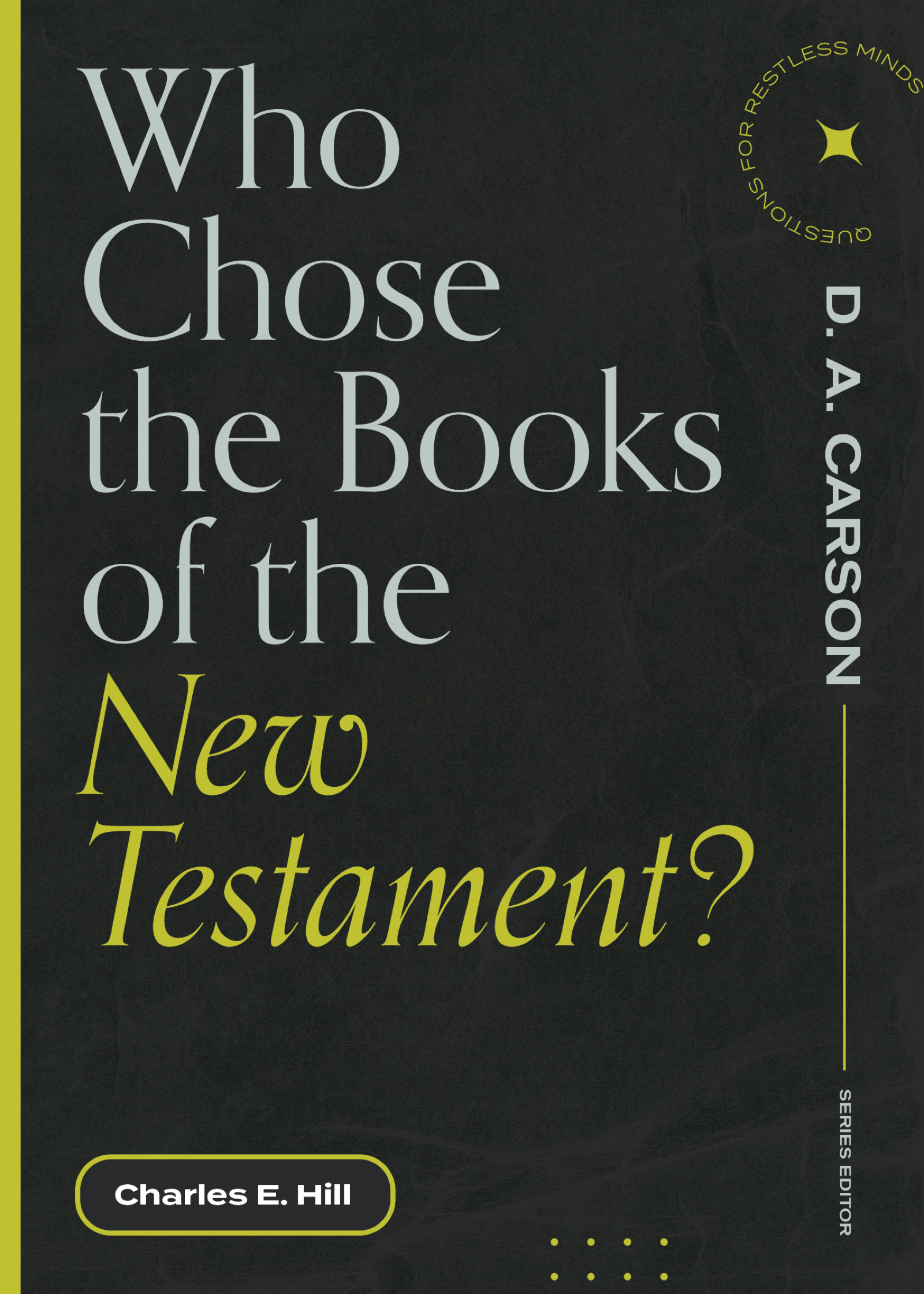 Who Chose the Books of the New Testament?

You can trust your Bible.

Was the Bible born of a giant conspiracy? Many believe that the Bible was created as an instrument of domination by the Roman emperor Constantine and corrupt bishops seduced by political power. These men were not preserving orthodox Christianity. They were simply the winners—and thus the writers—of history. Is this Christianity's dirty secret?

In Who Chose the Books of the New Testament?, Charles E. Hill examines the ancient evidence behind the formation of the New Testament. Hill retraces the origins of the canon and why certain books were privileged and others neglected. He concludes that the New Testament was inherited, not chosen. The early church preserved and proclaimed what they received. Learn how you got your Bible.

The Questions for Restless Minds series applies God's word to today's issues. Each short book faces tough questions honestly and clearly, so you can think wisely, act with conviction, and become more like Christ.

Charles E. Hill is professor of New Testament at Reformed Theological Seminary in Orlando, Florida, and author of Who Chose the Gospels? Probing the Great Gospel Conspiracy.
D. A. Carson is the series editor of Questions for Restless Minds. He is professor emeritus of New Testament at Trinity Evangelical Divinity School, cofounder of The Gospel Coalition, and author of numerous books, including The God Who Is There: Finding Your Place in God's Story.