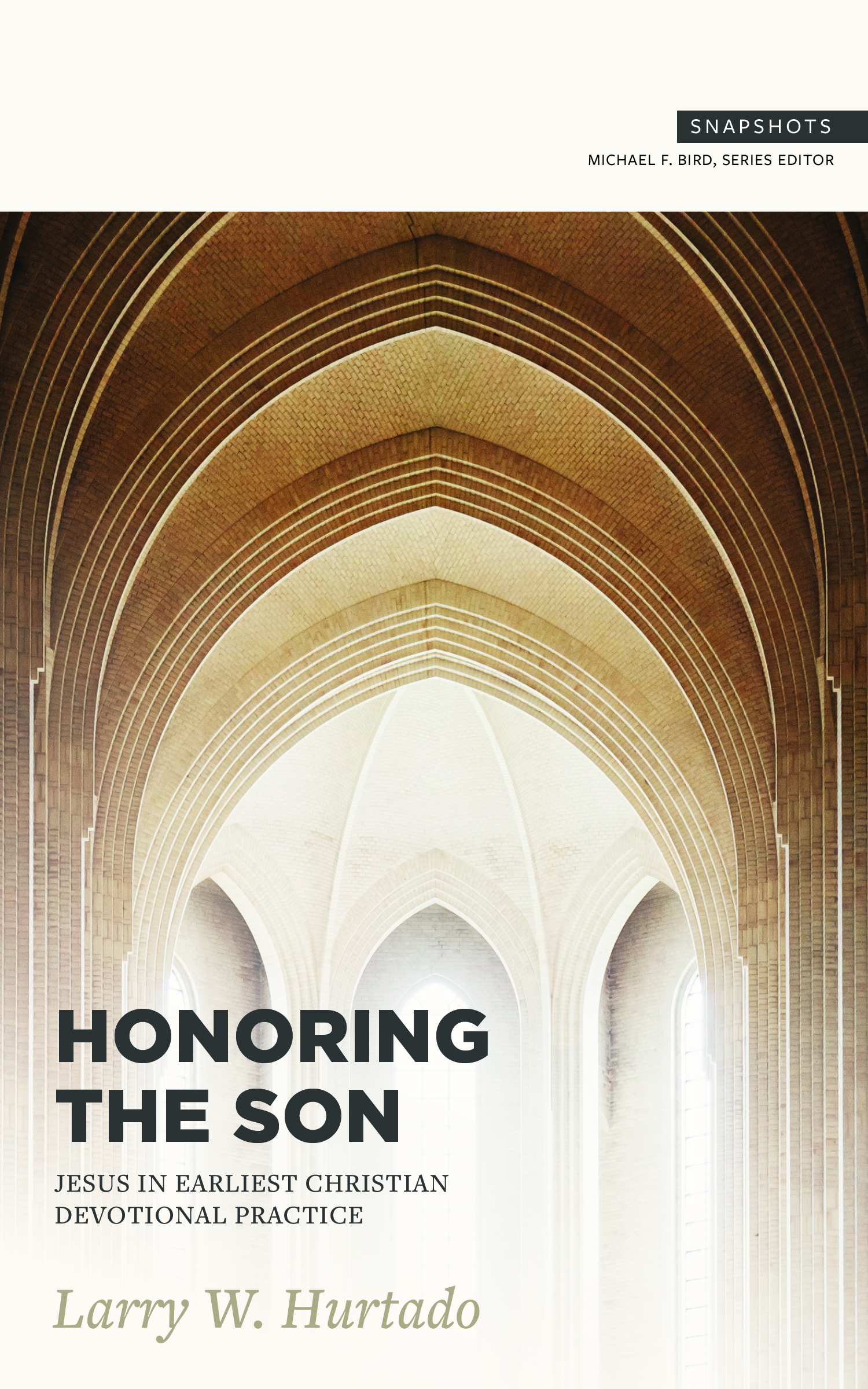 Before the New Testament or the creeds of the church were written, the devotional practices of the earliest Christians indicate that they worshipped Jesus alongside the Father.

Drawing on his extensive knowledge of early Christian origins and scholarship on New Testament Christology, Hurtado examines the distinctiveness of early Christian worship by comparing it to both Jewish worship patterns and worship practices within the broader Roman-era religious environment. He argues that the inclusion of the risen Jesus alongside the Father in early Christian devotional practices was a distinct and unique religious phenomenon within its ancient context. Additionally, Hurtado demonstrates that this remarkable development was not invented decades after the resurrection of Christ as some scholars once claimed. Instead, the New Testament suggests that Jesus-followers, very quickly after the resurrection of Christ, began to worship the Son alongside the Father.

Honoring the Son offers a look into the worship habits of the earliest Christians to understand the place of Jesus in early Christian devotion.

Larry W. Hurtado is emeritus professor of New Testament language, literature, and theology at the University of Edinburgh, Scotland and a fellow of the Royal Society of Edinburgh. He is the author of many books and articles, notably Destroyer of the Gods and Lord Jesus Christ.