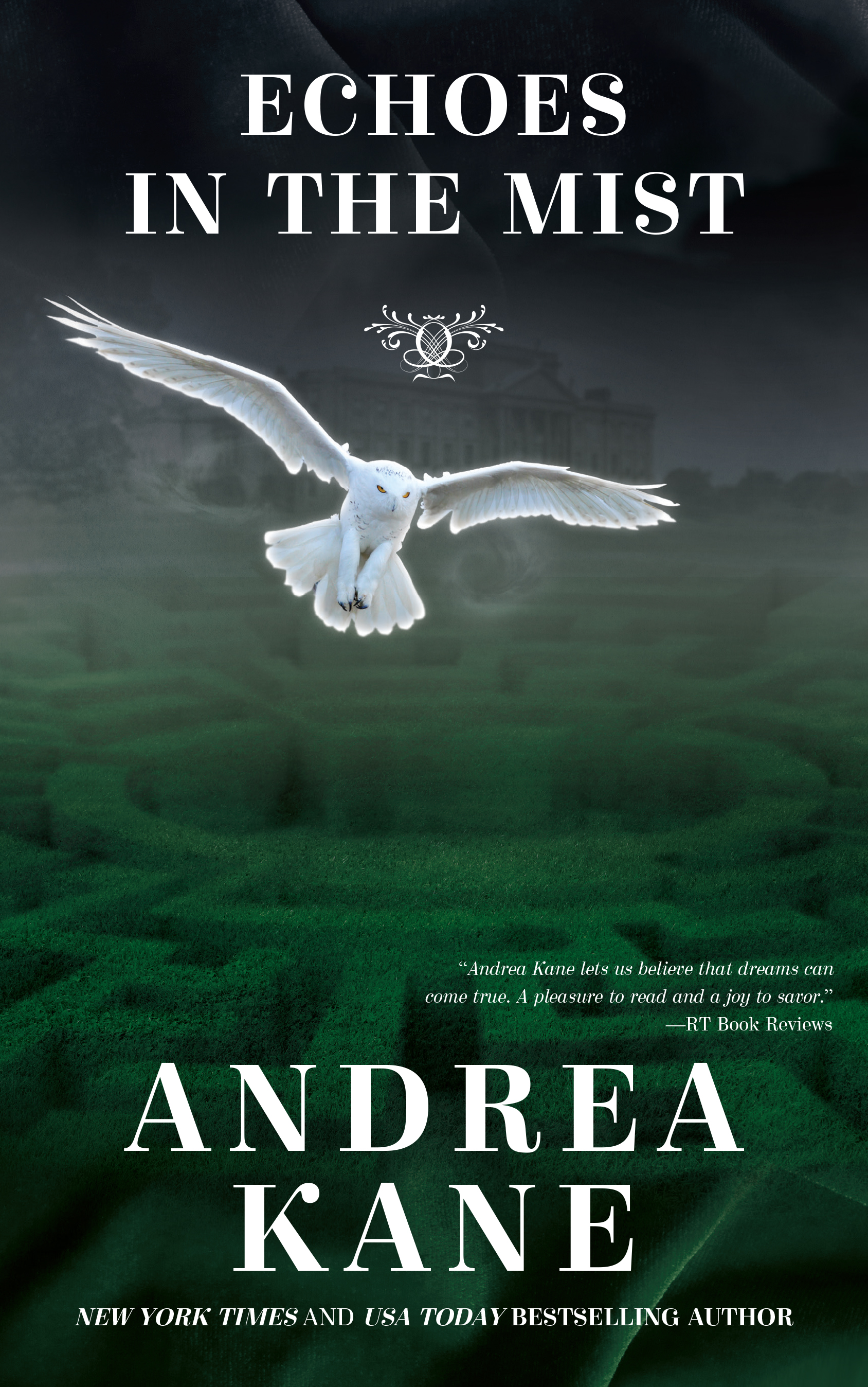 Echoes in the Mist

Trenton Kingsley, the embittered Duke of Broddington, has dreamt of the day he would avenge his beloved father's death. Returning suddenly from self-imposed exile on the Isle of WIght, he takes aim at the man he holds responsible: the unscrupulous Baxter Caldwell, Viscount Winsham. In a masterstroke of irony, he forces the Viscount's hand and walks away with his most precious possession: his innocent sister, Ariana.

Ariana Caldwell has grown up in the shadow of a secret family tragedy, at the heart of which lay Trenton Kingsley. Forced to marry a man she had been led to hate—and fear—Ariana is helplessly caught in the renewed fury of an ancient feud. But despite the danger, her husband's unaccountable torment only draws Ariana closer, and her instincts will not allow her to retreat. Caught between Trenton's brooding desire and her brother's imperious demands, Ariana is on an odyssey for the truth, consumed by the promise of a passionate, overwhelming love.

Andrea Kane is the New York Times and USA Today bestselling author of 28 novels, including 14 psychological thrillers and 14 historical romantic suspense titles. With her signature style, Kane creates unforgettable characters and confronts them with life-threatening danger. As a master of suspense, she weaves them into exciting, carefully-researched stories, pushing them to the edge—and keeping her readers up all night. Kane's first contemporary suspense thriller, Run for Your Life, became an instant New York Times Bestseller. She followed with a string of bestselling psychological thrillers including No Way Out, Twisted, and Drawn in Blood. Her latest storytelling triumph, A Face To Die For, extends the Forensic Instincts legacy where a dynamic, eclectic team of maverick investigators continue to solve seemingly impossible cases while walking a fine line between assisting and enraging law enforcement. The first showcase of their talents came with the New York Times Bestseller, The Girl Who Disappeared Twice, followed by The Line Between Here and Gone, The Stranger You Know, The Silence That Speaks, and The Murder That Never Was. Kane's beloved historical romantic suspense novels include My Heart's Desire, Samantha, The Last Duke, and Wishes in the Wind. With a worldwide following of passionate readers, her books have been published in more than 20 languages. Kane lives in New Jersey.