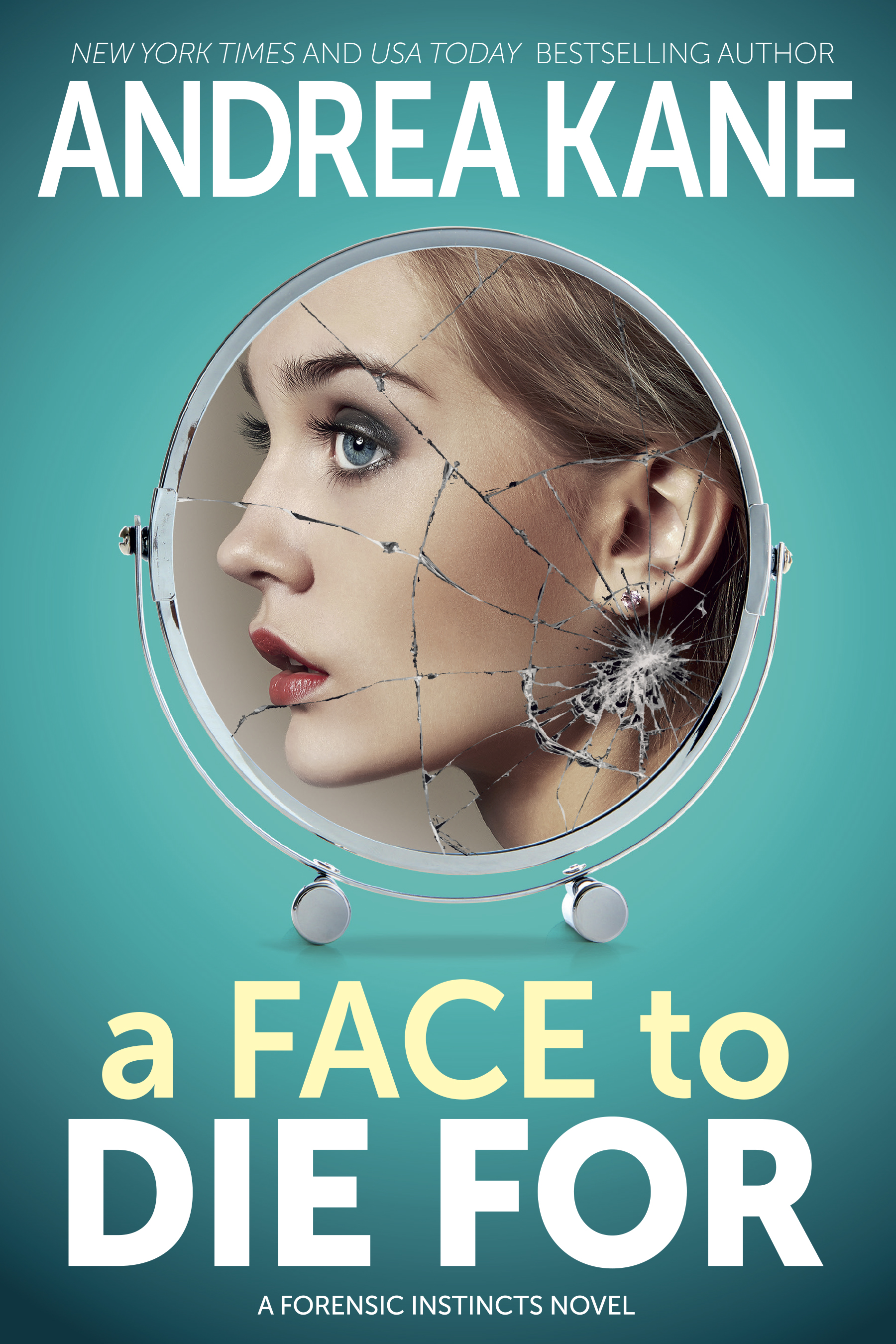 A Face to Die For

In A Face to Die For, New York Times bestselling author Andrea Kane explores the urban legend of the doppelganger, as the readers' favorite team of investigators (Forensic Instincts) find themselves in a conflict of interest between two clients. When one case unexpectedly intersects with the other, the only solution is to find the link between the two and unearth who is pulling the strings and why.

According to urban legend, everyone has a double, or exact look-alike. Would you search for yours? And if you found them, would you risk your life for theirs?

When a case of mistaken identity in Manhattan results in Gia Russo seeing a photo of a Minneapolis woman who looks exactly like her, she can't resist reaching out to the mysterious stranger. Their Facebook private message exchange blossoms into a budding, long-distance friendship, and the two women agree to meet in New York and gauge the truth with their own eyes.

Shocked at the sight of one another, Gia and Danielle quickly bond over drinks, childhood pictures, and an uncanny feeling that they share more than just a visual resemblance. But when they decide to end the speculation and undergo DNA testing, the test's confirmation that they're identical twins raises more questions than answers.

And with good reason. The same mysterious forces that separated the sisters years ago are still at large, desperate to keep the two women apart. When the danger surrounding their reunion escalates and the sisters fear for their lives, Gia turns to an investigator whose wedding she just planned, Marc Devereraux of Forensic Instincts.

Despite being embroiled in another case, Forensic Instincts can't turn the panicked twins away and agrees to help. But as the team digs up skeletons long since buried, they unearth the shocking truth about who is willing to destroy the sisters and the families they have grown to love to save themselves.

Andrea Kane is the New York Times and USA Today bestselling author of 28 novels, including 14 psychological thrillers and 14 historical romantic suspense titles. With her signature style, Kane creates unforgettable characters and confronts them with life-threatening danger. As a master of suspense, she weaves them into exciting, carefully-researched stories, pushing them to the edge—and keeping her readers up all night.

Her latest storytelling triumph, A Face to Die For, extends the Forensic Instincts series where a dynamic, eclectic team of maverick investigators continue to solve seemingly impossible cases while walking a fine line between assisting and enraging law enforcement. The first showcase of their talents came with the New York Times bestseller, The Girl Who Disappeared Twice, followed by The Line Between Here and Gone, The Stranger You Know, and The Silence that Speaks and The Murder That Never Was.

Kane's beloved historical romantic suspense novels include My Heart's Desire, Samantha, Echoes in the Mist, and Wishes in the Wind.