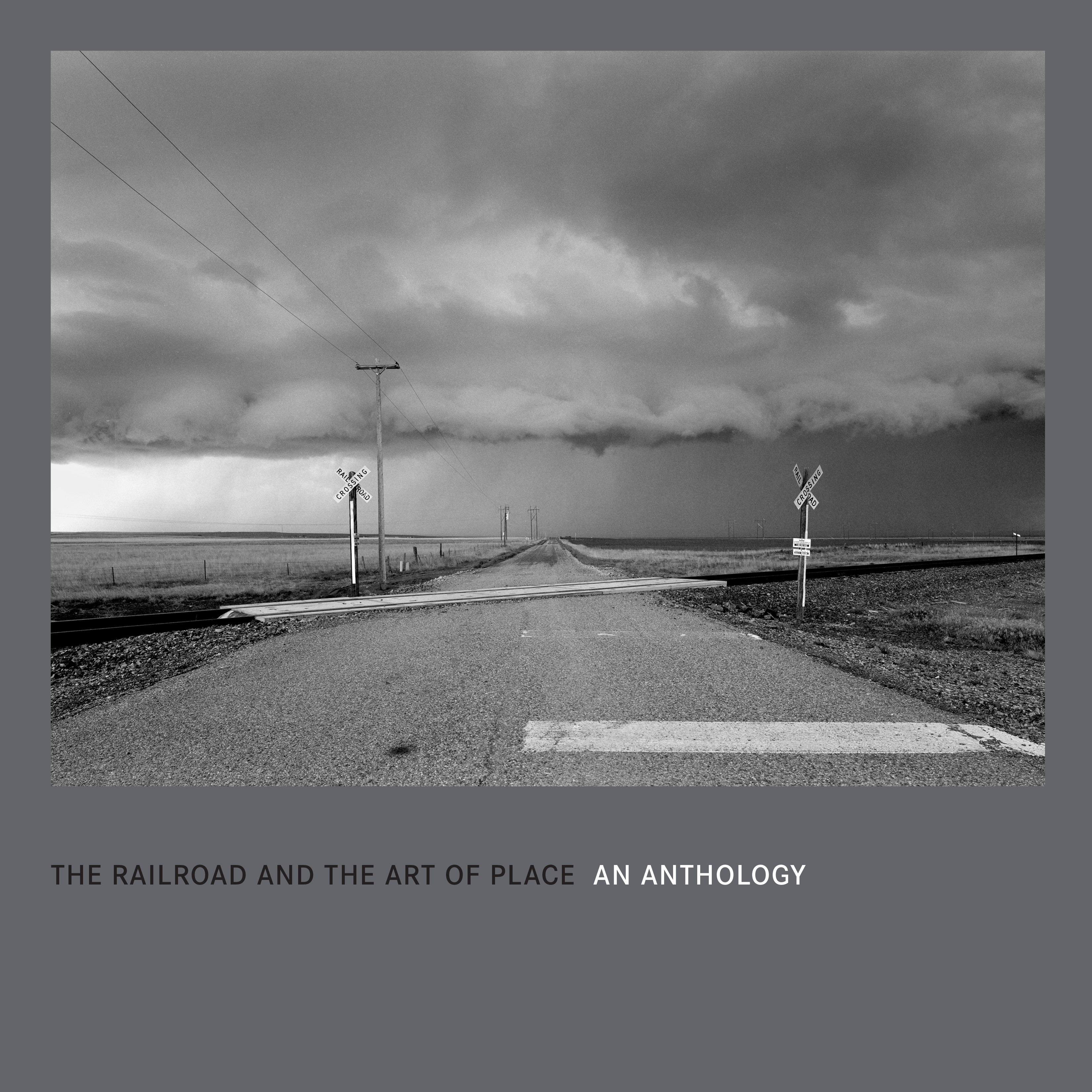 The Railroad and the Art of Place: An Anthology

In Railroads and the Art of Place: An Anthology, a team of thirty contemporary and historical photographers—whose work is displayed across eighteen portfolios—visually contemplate the visible and philosophical imprint of the railroad on the American landscape. Combined with lucid, literary essays by Kevin P. Keefe, former editor of Trains magazine, noted transportation historian Alexander B. Craghead, industrial historian Matt Kierstead, and the late Michael Flanagan (author of Stations: An Imaginary Journey) the book, conceived by David Kahler, is sure to set a new benchmark in the field of railroad photography and transportation studies.

Produced to the highest standards and featuring 230 color and black-and-white photographs, this deluxe 372-page book printed on heavy stock portrays a storied industrial culture in an entirely new context.

Produced by the Center for Railroad Photography & Art and generously funded by the Kahler Family Charitable Fund.

David Kahler, FAIA, was born in Harrisburg, Pennsylvania, in 1937, lived briefly in Massachusetts, and later moved to Chadds Ford, Pennsylvania, in 1943, where he spent much of his childhood. He was close friends with Denys McCoy, son of the esteemed landscape and portrait artist John W. McCoy. Chadds Ford put him in close proximity to the main line of the Reading Company, whose camelback steam locomotives could often be seen from his grade school, located where the Revolutionary War’s Battle of Brandywine occurred in 1777. A prime influence was a grandfather who worked at the Reading’s Rutherford Yard near Harrisburg.

Kahler earned a Bachelor of Architecture degree from Syracuse Uni-versity in 1960, followed by a Master of Fine Arts degree in architecture from Princeton University in 1965. Among his mentors at Princeton were architect Louis Kahn and scientist Robert J. Oppenheimer, both of whom reviewed his thesis. He began his career in a part-time job with an archi-tect in Urbana while heading the basic design program at the School of Architecture, University of Illinois, Urbana-Champaign. Three years later he moved to Milwaukee, where he went to work for Fitzhugh Scott, one of the city’s prominent architects. Kahler later became president of Scott’s firm, after which it came to be known as Kahler Slater Torphy & Engberg.

In the thirty years that followed, Kahler led his firm to design a number of prominent Milwaukee-area projects, and also became deeply involved in the Milwaukee Art Museum. He was elected to the museum’s board of trustees in 1978, served as its president 1983-1986, and in 1995-2001 was the architect of record for the construction of the museum’s celebrated addition designed by Spanish superstar architect Santiago Calatrava. Kahler also designed an earlier 1975 iteration of the museum, integrating it into an existing war memorial structure by Eero Saarinen, helping elevate the museum to national status.

The later years of Kahler’s architectural career coincided with a renewed interest in railroads and photography. In 1997, he was introduced to photographer John Gruber by Joseph Swanson, a professor of economics at Northwestern University and a longtime consultant to various railroad managements. One conversation led to another and soon Kahler signed on as a board member for Gruber’s dream project, the Center for Railroad Photography & Art, a position he has held longer than any other leader in the organization.

Kevin P. Keefe is a Milwaukee-based journalist. He was the editor of Trains magazine from 1992 through 2000 and subsequently served as the magazine’s publisher. He was also vice president-editorial at Trains’ parent firm, Kalmbach Publishing Co., until he retired in 2016. He is a director of the Center for Railroad Photography & Art. His award-winning book Twelve Twenty-Five: The Life and Times of a Steam Locomotive, was published in 2015 by Michigan State University Press. Jeff Brouws (b. 1955) has been photographing the American cultural landscape for the past thirty-five years. He is the author of Approaching Nowhere (2006) and his photographs are in numerous public and private collections including Harvard’s Fogg Museum, and the Whitney Museum of American Art. His work is represented by the Robert Mann Gallery in New York City. He is also a Director of the Center for Railroad Photography & Art.Alexander Benjamin Craghead (b. 1978) is a curator, photographer, researcher, and historian, who writes about the intersection of technology, representation, and landscape. His work has appeared in Boom, California History, Railroad Heritage, The Smart Set, and several other regional and national publications. He teaches in the Program in American Studies at UC Berkeley, and holds a Ph.D. in architectural history, also from Cal.