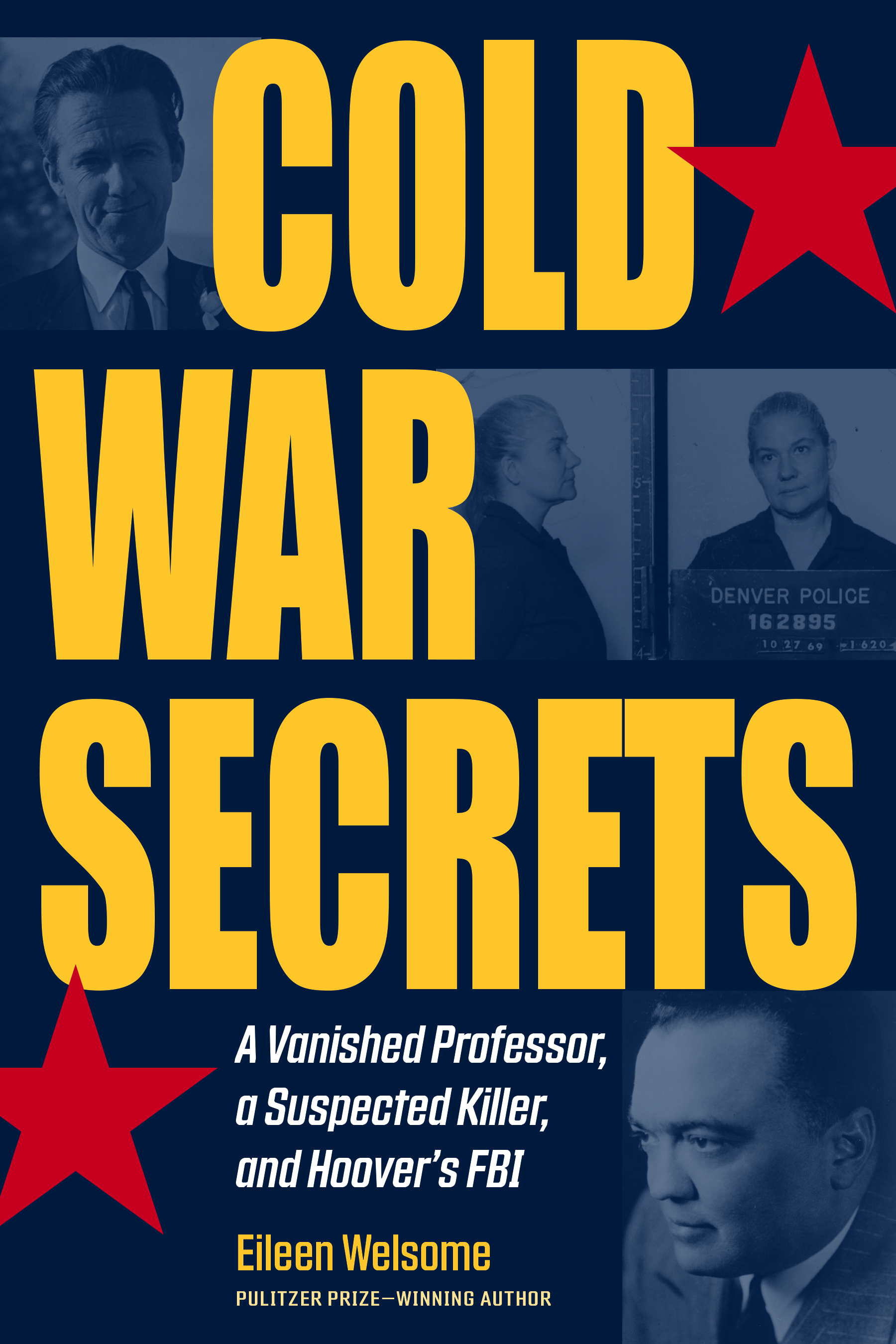 A Vanished Professor, A Suspected Killer, and Hoover’s FBI

Thomas Riha vanished on March 15, 1969, sparking a mystery that lives on 50 years later. A native of Prague, Czechoslovakia, Riha was a popular teacher at the University of Colorado at Boulder and a handsome man, with thick, graying hair and a wry smile.

After his disappearance, the FBI and the CIA told local law enforcement and university officials that Riha was alive and well and had left Boulder to get away from his wife. But, as Eileen Welsome convincingly argues, Riha was not alive and well at all. A woman named Galya Tannenbaum, she concludes, had murdered him.

Galya—a mother of four, a talented artist, and an FBI informant—allegedly went on to murder two more people in Denver as the trail to find Riha ran cold. Her weapon of choice? Cyanide. Galya was a chameleon, able to deceive businessmen and experienced investigators alike. But she had an Achilles’ heel: she couldn’t spell. She consistently misspelled words, such as “concider” and “extreemly.”

For the first time, Galya’s signature misspellings are linked to documents once thought to be written by Riha and two other murder victims, as Welsome reexamines the facts and evidence of the case. She argues that these misspellings prove that Galya forged the documents and committed other murders. Her conclusion is buttressed by a wealth of additional information from police reports, depositions, and court testimony.

Presenting a compelling cast of characters in an era of intrigue and with astounding attention to detail, Eileen Welsome demonstrates why Galya Tannenbaum’s alleged crimes continue to fascinate—even as her motivations remain mysterious.

Eileen Welsome is an award-winning investigative journalist, receiving the Pulitzer Prize for National Reporting in 1994, while working for the Albuquerque Tribune, for a series of articles about 18 people injected with plutonium during the Manhattan Project. Her books include The Plutonium Files: America’s Secret Medical Experiments in the Cold War and The General and the Jaguar: Pershing’s Hunt for Pancho Villa: A True Story of Revolution and Revenge.