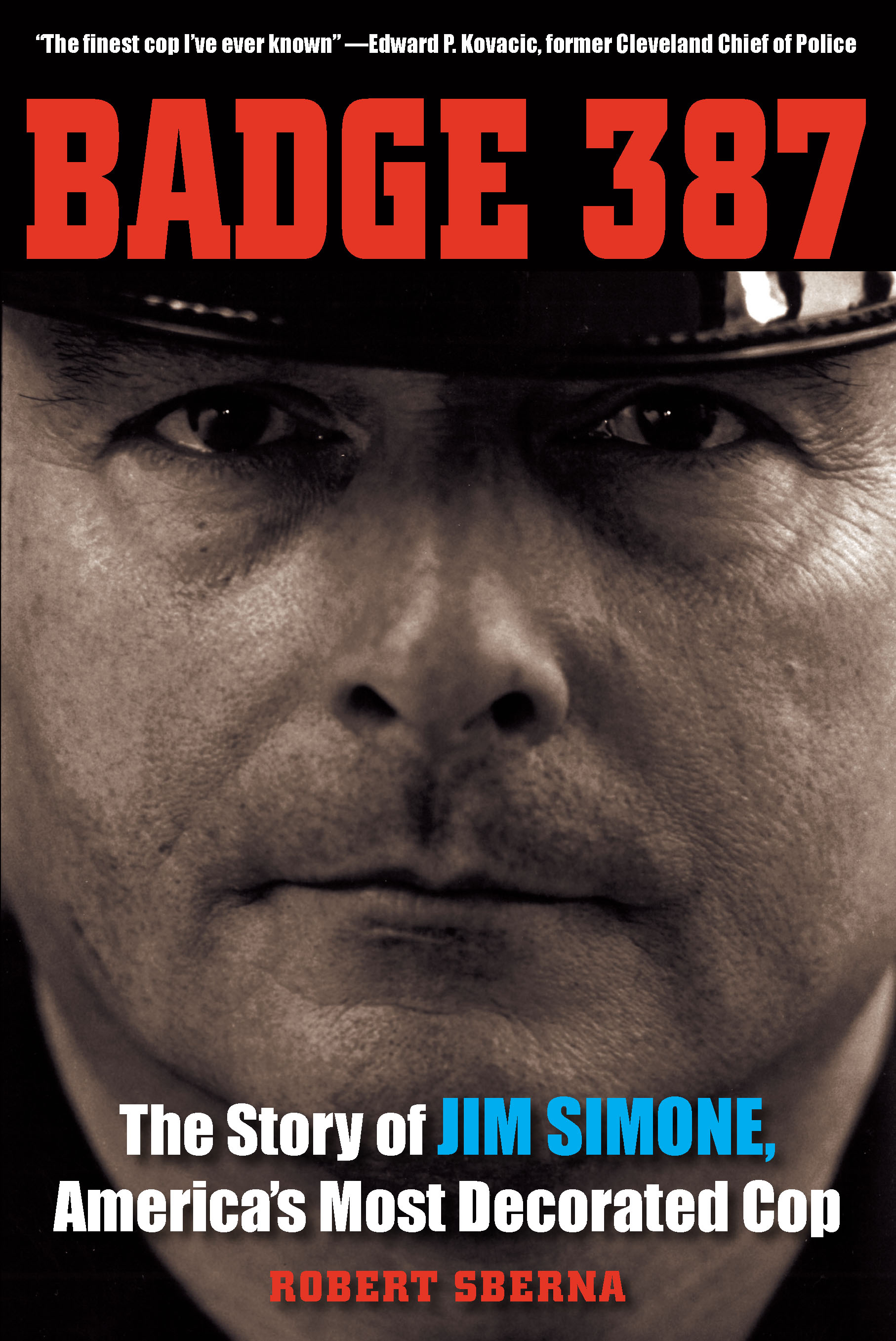 The Story of Jim Simone, America's Most Decorated Cop

For 38 years, Jim Simone patrolled Cleveland's Second Police District, a drug-plagued area with one of the highest violent crime rates in the nation. Called "Supercop" by the media (a nickname he dislikes), Simone generated headlines and public interest on a scale not seen since Eliot Ness searched for Cleveland's Torso Murderer in the 1930s.

Simone worked primarily in traffic enforcement - the riskiest assignment for a cop - and never shied from danger. He was stabbed, clubbed, run over, and shot. He traded gunfire a dozen times, killing five people in the line of duty. All of his shootings were ruled justifiable. Driven by a ferocious work ethic, Simone's arrest rates were 500 to 600 percent higher than the department average. Despite Simone's numerous shoot-outs, he is an advocate of police restraint. In Badge 387, author Rob Sberna describes how Simone and other law enforcement experts analyze the dynamics of deadly force encounters, including the Tamir Rice and Michael Brown shootings, and discusses how similar situations can be resolved non-lethally. Clearly, this is a timely exploration of an issue featured regularly in today's headlines.

Badge 387 recounts the brave exploits that earned Simone more than 120 awards. In 1980, he charged into a burning house to search for trapped children. In 1983, while searching a church basement for a gunman, he was shot in the face. Although seriously wounded, he managed to shoot his assailant, saving himself and two other officers. And in January 2009, he plunged into a frigid river to save a woman in danger. Simone was Cleveland's Patrolman of the Year in 1980 and 2009, the only officer in the city's history to receive the award twice.

Readers will learn that Simone's sense of duty was forged early. He once planned to attend college and become a history teacher, but his father urged him to enlist in the Army. Sent to Vietnam as a member of the 101st Airborne Division, Simone earned a bronze star for running through enemy fire to neutralize a machine gun. Several months later, during a firefight, a grenade blast tore an artery in his neck. He plugged the spurting blood with his finger until he could be evacuated.

Badge 387 will appeal to anyone interested in law enforcement, criminal justice, military history, the Vietnam War, and inspirational biography.

Robert Sberna is a Cleveland-based journalist. He worked for daily newspapers in the Midwest as a reporter covering police and court beats. In recent years, his writing has appeared in The Cleveland Plain Dealer, The Washington Examiner, Ohio Magazine, and Neoconomist. He is a graduate of St. Edward High School and holds a journalism degree from Ohio University. His first book, House of Horrors:The Shocking True Story of Anthony Sowell, the Cleveland Strangler (The Kent State University Press, 2012), was Foreword Reviews' 2012 INDIEFAB Book of the Year gold medal winner for True Crime.