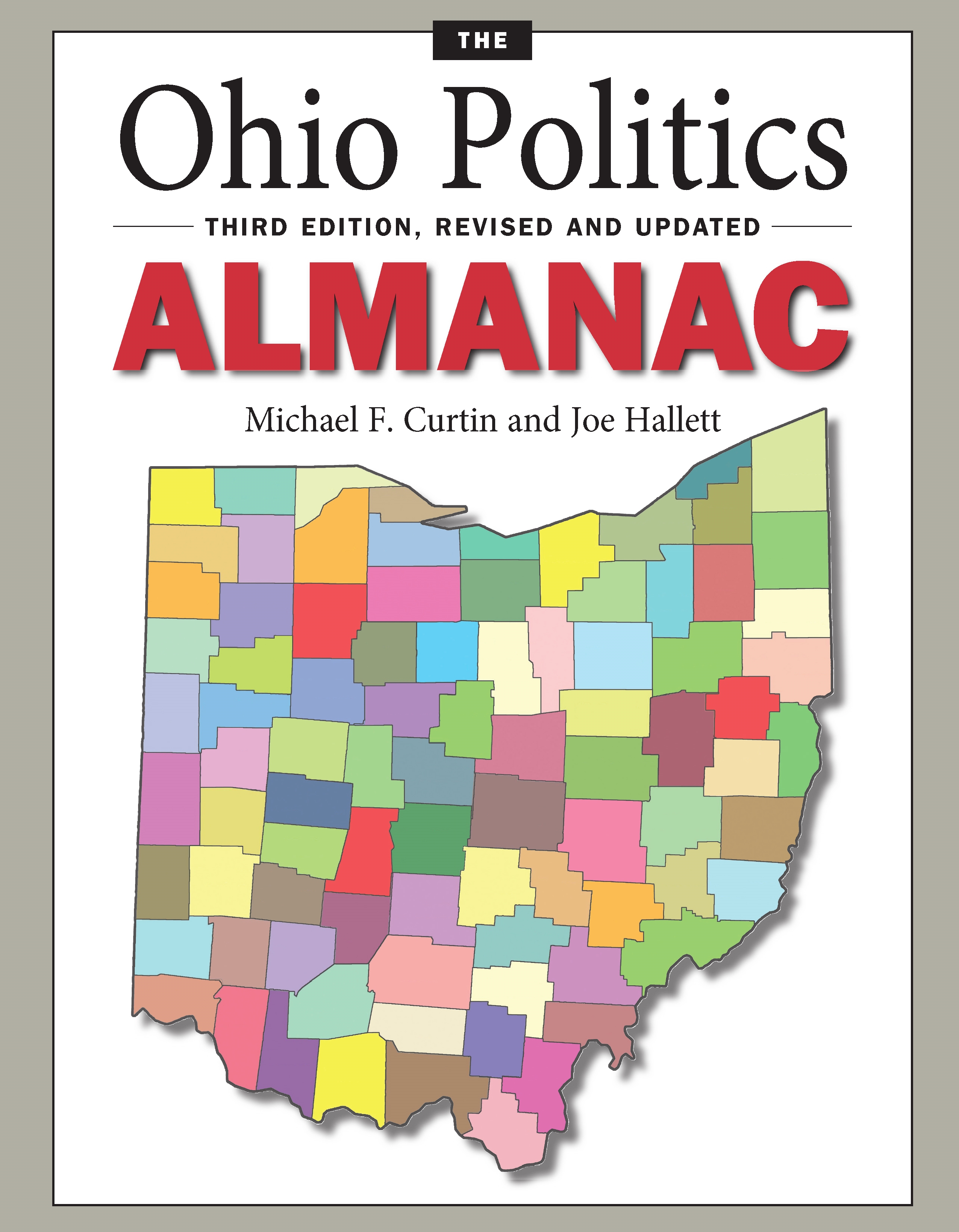 Roughly a century ago, President Theodore Roosevelt said, “I think there is only one thing in the world I can’t understand, and that is Ohio politics.” If The Ohio Politics Almanac had existed then, Roosevelt still might not have understood Ohio politics, but it wouldn’t have been for lack of information. A comprehensive and authoritative resource, The Ohio Politics Almanac sheds light on the complexity of Ohio’s electoral statistics. This third edition presents everything a journalist, political junkie, scholar, or candidate needs to know about Ohio demographics, elections, and government. It updates and expands on the Almanac’s original chapters, including retrospectives on the state’s 69 governors through 2014; a history of the General Assembly and its leaders, as well as the state’s delegation to Congress; an examination of the structure of Ohio’s judiciary and its key figures; important revisions to the state Constitution; the evolution of Ohio’s political parties; and histories and statistical analyses of the state’s 88 counties and biggest cities. New to this edition is the emphasis on electoral politics, based on recent political events. The Almanac now contains maps and charts illustrating the outcomes of presidential and gubernatorial elections statewide, by region and by county. The new material offers even more insight into why Ohio has become America’s fulcrum state in presidential races—a must-win prize in modern national elections. Many national political reporters refer to the Almanac when they come to Ohio and, when they arrive in 2016 to cover the presidential election, this updated edition will instruct and guide their reporting with accuracy and clarity. The Ohio Politics Almanac is an indispensible, one-of-a-kind resource for anyone seeking to analyze Ohio’s unique political culture.

Michael F. Curtin, author of the first two editions of The Ohio Politics Almanac, spent 38 years with The Columbus Dispatch, rising from reporter to associate publisher, vice president, and chief operating officer. He retired in 2007 and in 2012 was elected to the first of two terms in the Ohio House.
Joe Hallett retired in 2014 as senior editor of The Columbus Dispatch after 42 years of mostly covering politics for the Dispatch, The (Cleveland) Plain Dealer, and The (Toledo) Blade.