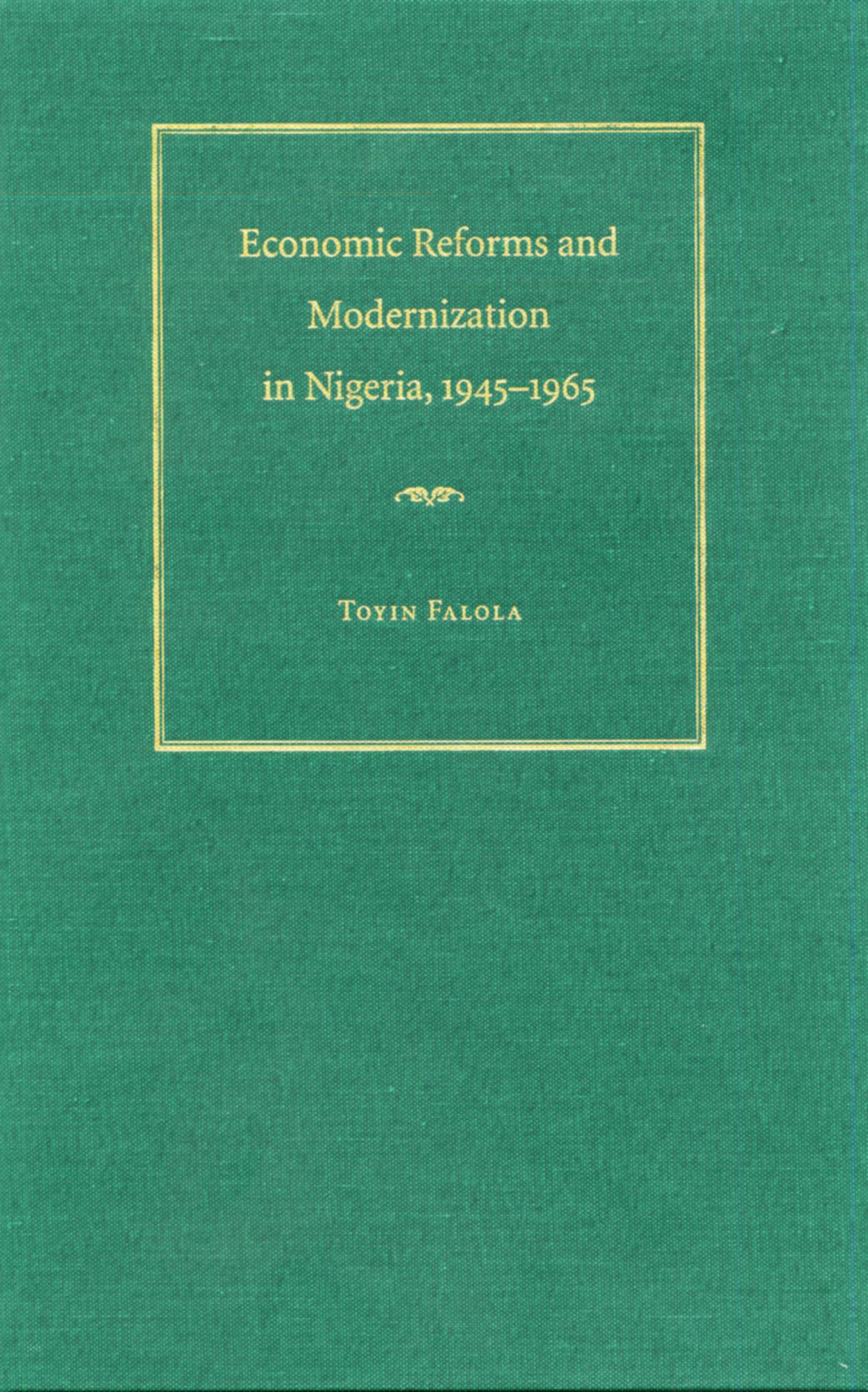 Economic Reforms and Modernization in Nigeria, 1945-1965

A critical study of a progressive period in Nigerian history

Created as a result of British colonialism, Nigeria emerged as a nation-state during the mid–twentieth century. The British colonial administration, in a state of economic crisis and with huge debts to the United States, was uninterested in any rapid economic development in Nigeria after WWII. Britain needed resources to rebuild its economy, and nationalism was rising in Nigeria, where colonial subjects were complaining about exploitation. A rapid transformation in Nigeria’s economy and political arena then took place.

Reform came through politics and the transfer of power, with the first generation of the new political class inheriting power during the 1950s as colonialism ended. An age of ideas and actions began, and the country witnessed an expansion of its infrastructure, health services, schools, and industries. These were the first crucial steps in Nigeria’s march toward modernization.

Early on the agenda of the emerging nation-state was the issue of economic development. Most Nigerians defined progress by earning more money, living in better houses, wearing nice clothes, eating well, and being able to send their children to school. Independence was associated with the banishment of poverty. Unfortunately, as colonialism ended, Nigeria’s focus switched from economic development to observing what their new leaders would do with opportunity. Politics became a competition between ethnic groups instead of a fight against colonialism.

Economic Reforms and Modernization in Nigeria details the process and outcome of late-colonial and post-colonial Nigerian history. While its focus is on economic reforms, it includes a discussion of twentieth-century politics in order to place the events of the period in context. Author Toyin Falola presents statistical data on Nigeria’s economy that illustrate the nature of the changes made throughout the mid-twentieth century. Much of this information is presented here for the first time.

Those interested in African history and the economy, culture, and politics of non-Western societies will find this a valuable contribution to the study of the era and the place.

Toyin Falola is the fellow of the Nigerian Academy of Letters and the Frances Higginbothom Nalle Centennial Professor of History at the University of Texas in Austin. He has written and contributed to many books, including his most recent, The Power of African Cultures, and his memoir, A Mouth Sweeter than Salt.