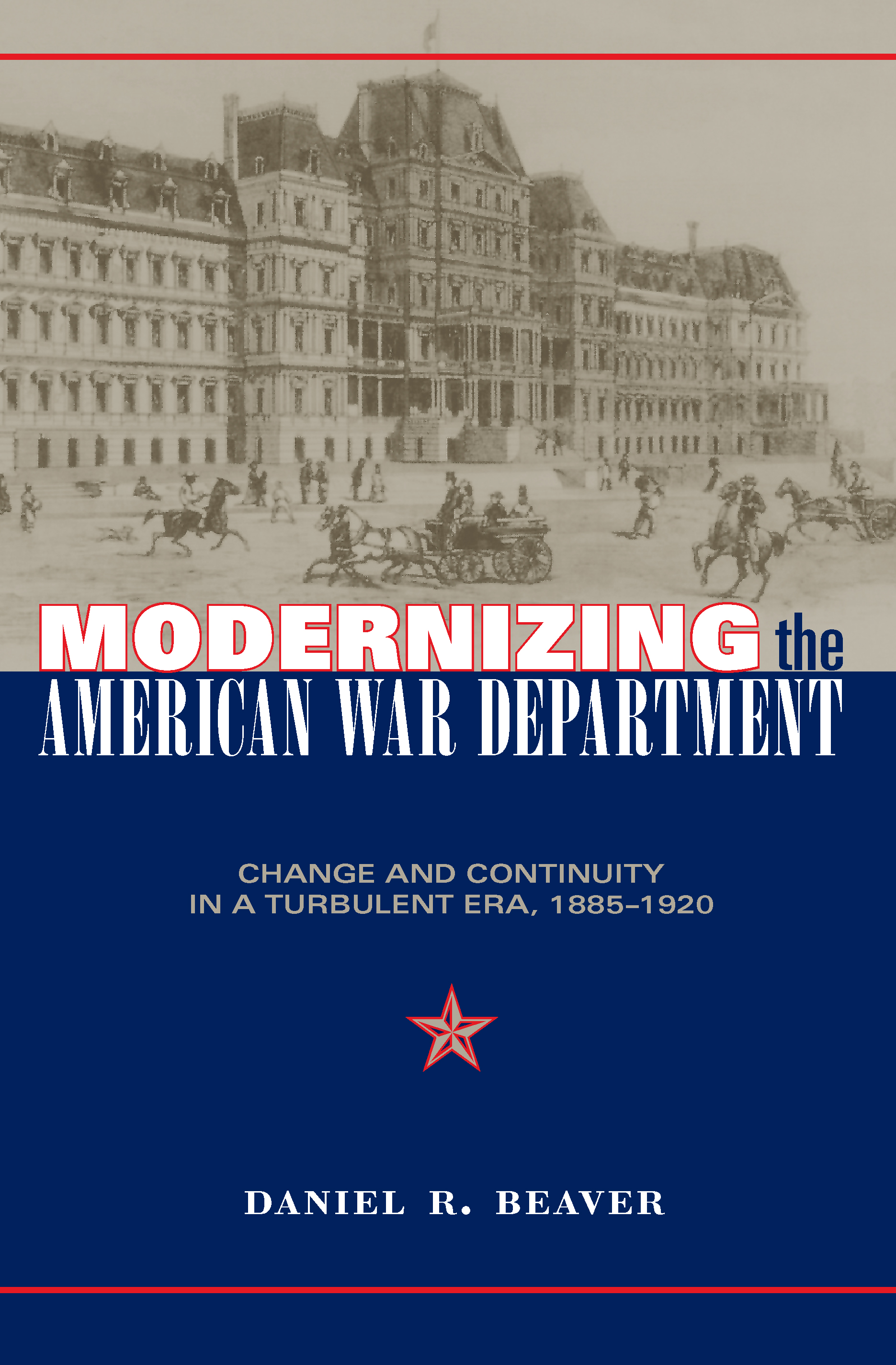 An important study of the evolution of the U.S. War Department

Not a simple, linear administrative history, Modernizing the American War Department is a unique study of the adjustment of nineteenth-century military organizations to the managerial, technological, and policy challenges of a new era.

The story unfolds against a backdrop of massive industrial and technological changes, as the country moved from a traditional agricultural and market-based commercial system toward a modern organization utilizing twentieth-century managerial structures and concepts. Although the overview ranges from 1820, when John C. Calhoun established the foundations of the American military system, to the coming of the Second World War, it concentrates on the critical, fulcrum years from 1885 to 1920 when the army faced the challenges of the Progressive Era and the First World War. Distinguished military historian Daniel R. Beaver uses primary and secondary sources to demonstrate how the changes affected military institutions and the soldiers and civilians who shaped and were shaped by them.

Students and scholars of military history will find Modernizing the American War Department to be an important addition to the study of the professionalization of the armed services.

Daniel R. Beaver is Emeritus Professor of History at the University of Cincinnati. He is the author of Newton D. Baker and the American War Effort, 1917–1918 (1966). He has written numerous essays for other books and has published articles in the Journal of Military History (formerly Military Affairs), the Journal of American History, and the Bulletin of the Cincinnati Historical Society.