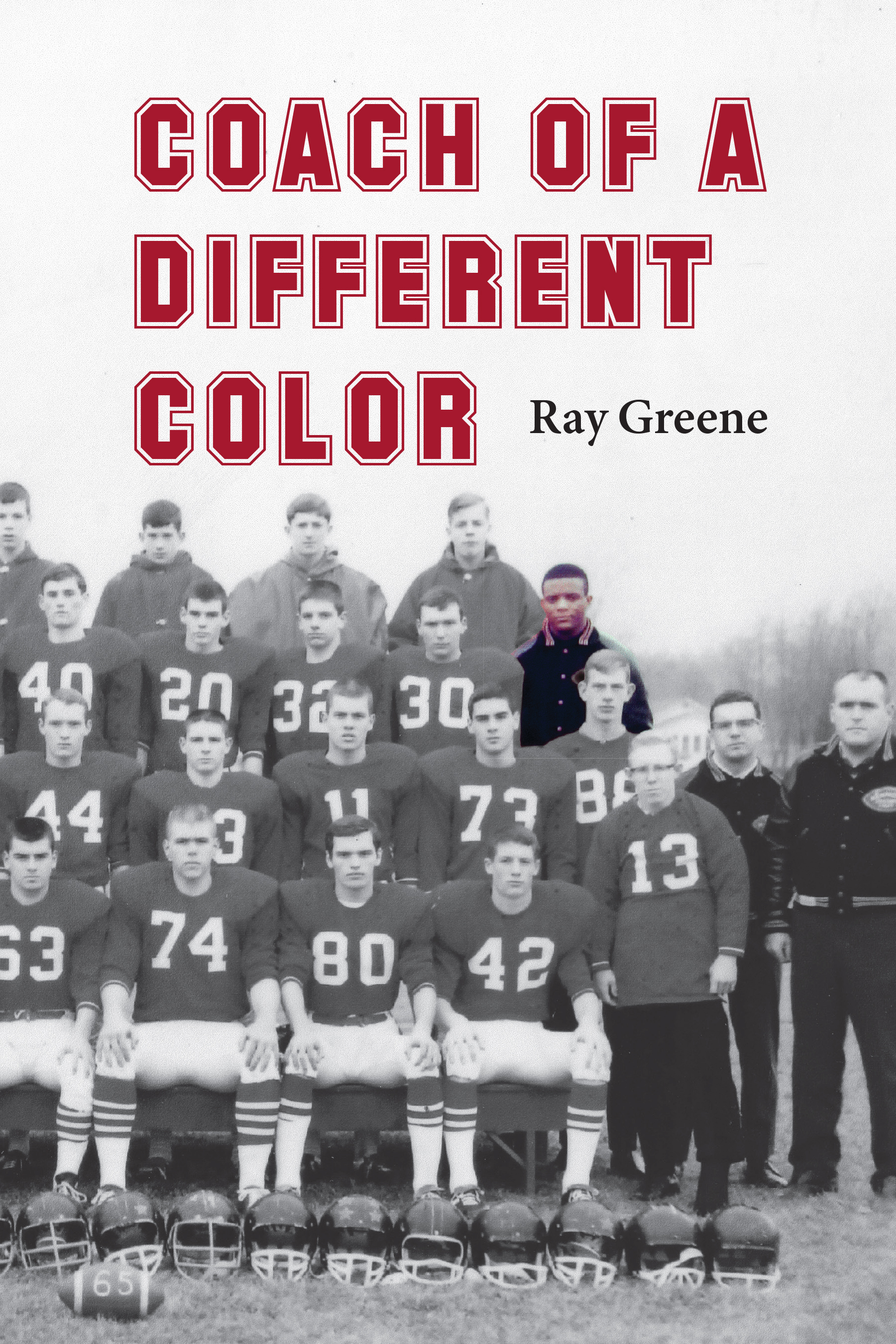 Coach of a Different Color

One Man’s Story of Breaking Barriers in Football

As a freshman at South High School in Akron, Ohio, Ray Greene overslept one August 1952 morning and was a few minutes late to football practice. Coach Gordon Larson saw this and cut him from the team. This did not diminish his desire to play football. He returned to play his sophomore year and went on to have a distinguished career in high school, college, and professional football.

Greene entered coaching in the 1960s, determined to make the most of every opportunity. He became expert in coaching and football philosophy at a young age. As offensive assistant coach at Akron's blue-collar Kenmore High School, Greene helped Coach Dick Fortner install the "Run and Shoot" offense in 1963. Many innovations were installed with this offense. Kenmore surprised everyone by starting the season with victories of 52-0 and 50-6. They ended the season in the City Championship at the University of Akron's Rubber Bowl.

From Kenmore Greene moved on and up in the coaching ranks. "It's not who you know," he learned, "but who knows you." Word of his abilities spread as he applied for countless jobs and attended many coaching conferences. When Johnny Majors decided it was time to hire a black coach for the Iowa State Cyclones, Greene was recommended. When he accepted the position, Greene, as a direct result of demands by black athletes, became one of the first -- if not the very first -- black coach in Division I-A college football. Later Greene coached for Jacksonville (of the World League), Michigan State, North Carolina Central, Alabama A&M, and Jackson State.

Coach of a Different Color tells the story of Greene's rise through the coaching ranks and will appeal to anyone interested in the history of Akron, in the history of football, and in the important life lessons we can take from the story of his achievement. The book also contains testimonials by football legends Johnny Majors, Jimmy Johnson, Dwight Wright, and Ray Sherman.

Ray Greene was born and raised in Akron, Ohio. He graduated from the University of Akron, where he double-majored in English and Telecommunication and Health, Recreation, and Physical Education. He holds a Master’s Degree in Education Administration and Supervision from the University of Miami and currently resides in Huntsville, Alabama. Greene, as well as being a Hall of Fame football player at Akron, participated in track, campus politics, theatre, and debate. He hosted “Musical Theater” on the campus radio station, and he has played jazz piano his entire life. Coaching was not in his plans after graduation. But circumstance, or perhaps divine intervention, propelled him into a profession previously unavailable to those of his race.