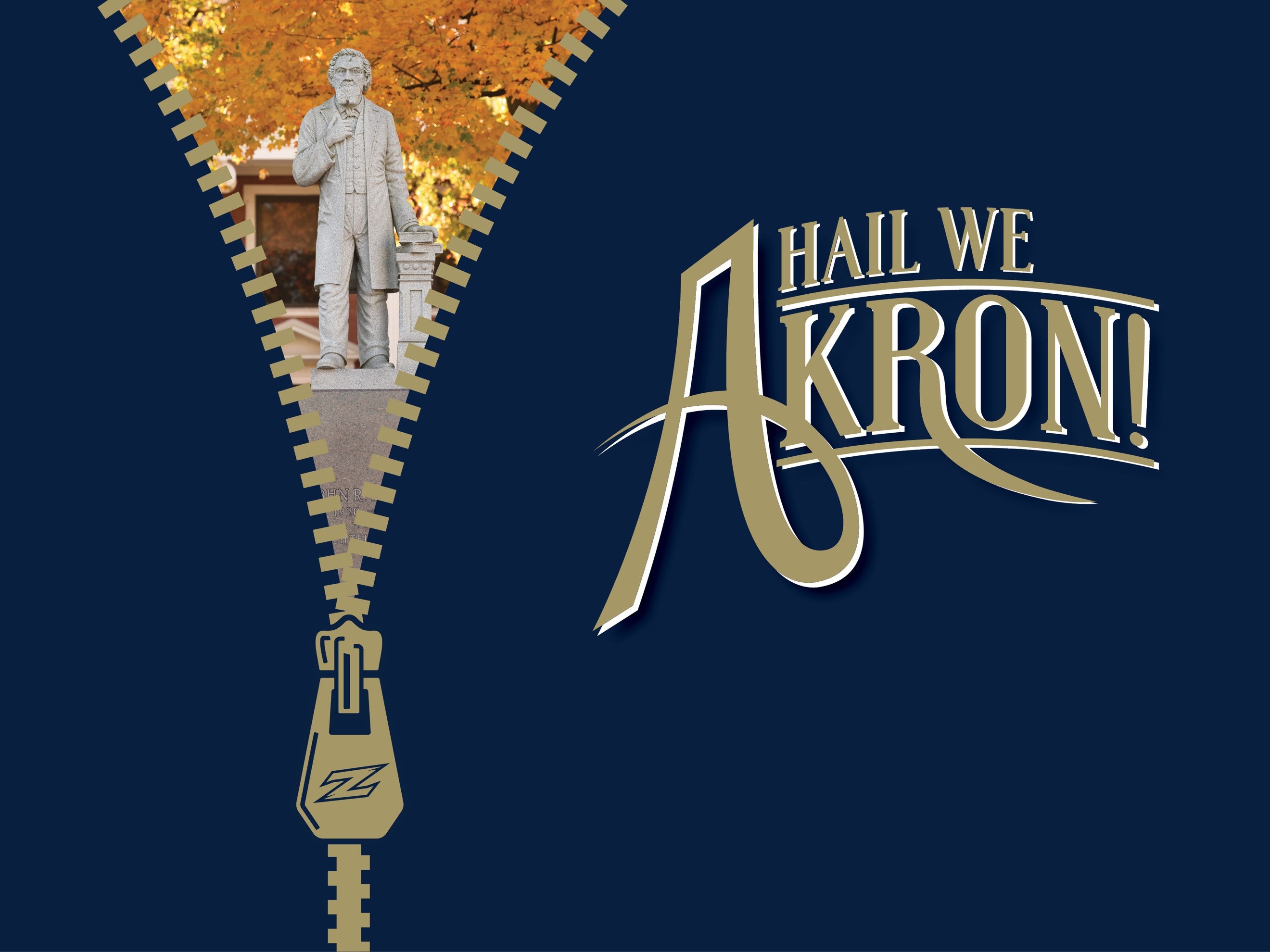 Hail We Akron! gathers memories, impressions, and opinions of alumni, friends, stakeholders, and donors about Akron's hometown college since its achievement of state status, the third phase of its transformation from Buchtel College and the municipal university. A celebratory collection rather than a chronicle, it gives voice to those who worked and studied here, to the sports fans and concertgoers, the taxpayers and the angels, the employers of graduates, and the vendors of goods and services. Instead of the authority of a single narrative, it offers the range of a panorama and the variety of a collage. It is a grassroots report.

Mark Auburn’s books include Sheridan’s Comedies: Their Contexts and Achievements, Drama Through Performance (with Katherine H. Burkman), an edition of John Dryden’s Marriage á la Mode, and In The President’s Home: Memories of the Akron Auburns. After graduating in 1967, he earned the A.M. (1968) and the Ph.D. (1971) from the University of Chicago and taught and administered at Ohio State University, Arkansas State University, the University of Arkansas System, and Indiana University-Purdue University at Fort Wayne before returning to the Hilltop in 1991, where he served as Senior Vice President and Provost and Dean of Fine and Applied Arts, among other roles. He retired in 2006 and is Professor Emeritus of English. He met Sandy Korman Auburn (B.S., ’67, M.A.,’68; Ph.D., Ohio State 1978) on the stage in Kolbe Hall in 1965, and they married in 1969. They have a son, David, who is a playwright, screenwriter, and director, and two grandchildren.