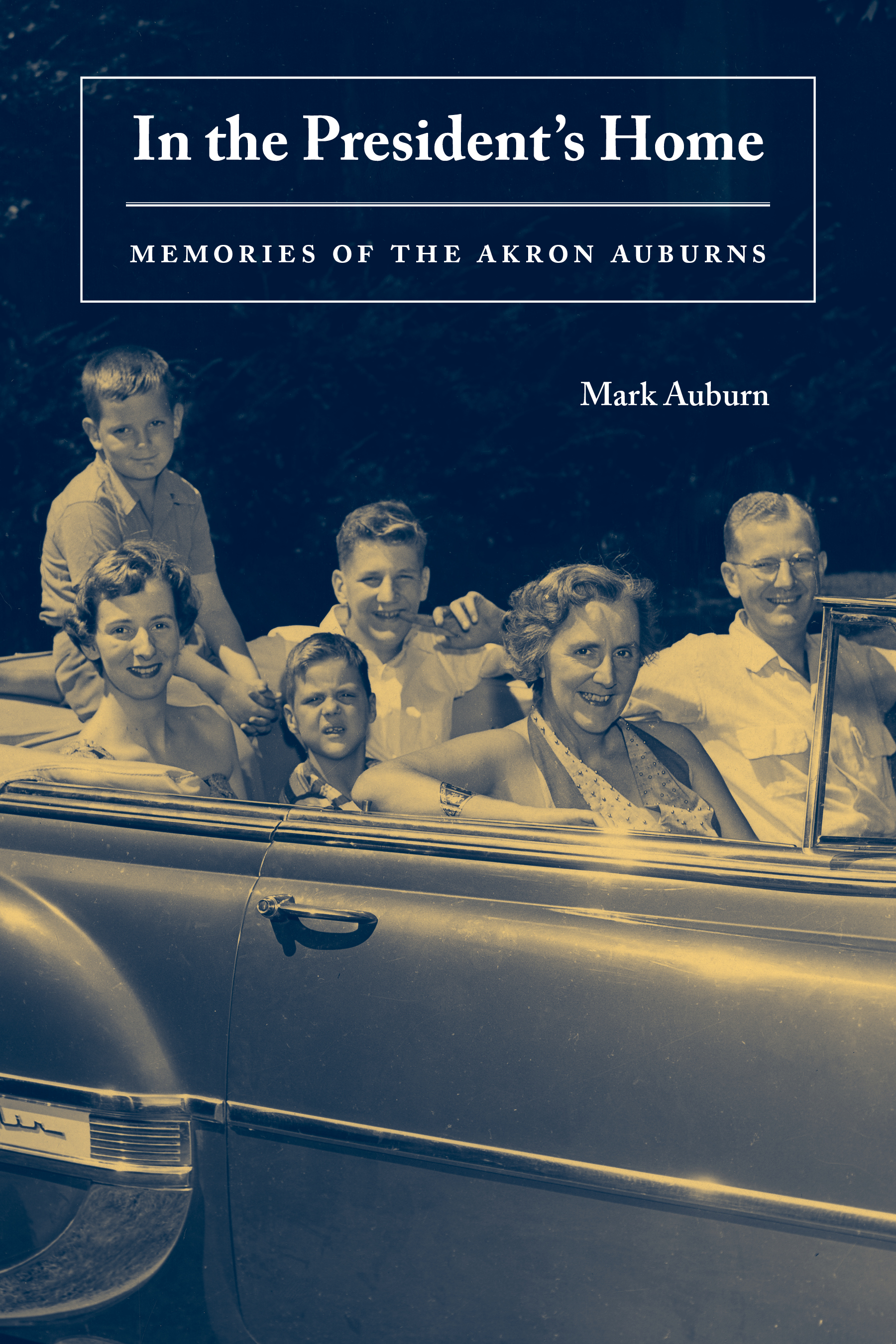 In the President's Home

Memories of the Akron Auburns

Norman P. Auburn (1905–2003), tenth president of The University of Akron (1951–1971), was a husband and father as well as UA's most important leader in the second half of its 150 years. His third-born child remembers the private man behind the public figure.

In 1926, a draftsman's son met a minister's daughter at the University of Cincinnati, Ohio's second-largest university. In order to convince her father that he could support her, he gave up law school and a graduate fellowship to launch a career in public relations. They married, encountered the Depression, and he built a new career at their alma mater, where he rose to second-in-command. In 1951, they were called to preside at Ohio's tenth-largest college in the gritty one-industry town of Akron. Twenty years later, The University of Akron had become the third-largest university in Ohio, having grown from 4,500 to 20,500 students.

Norm and Kay Auburn treated the President's Home as a manse and the university constituents as a congregation. They entertained there extensively, inviting every student, faculty, and staff member and showing off the distinguished visitors they brought for lectures, commencements, and commissioning. Behind the scenes they prepared the public face. They raised three children to adulthood and marriage and arranged for the lifelong security of their disabled child.

Soon after their retirement, Kay died. Norm had already begun a new career as a rent-a-president and had consolidated the banking career which the UA Board had permitted him to start. Three years later, he found a new life partner who helped prolong those post-retirement careers. His son Davey, handicapped by cerebral palsy, motivated Norman's quest to assure an estate capable of Davey's support.

Mark Auburn was educated at King Elementary School, Simon Perkins Junior High School, and Western Reserve Academy. He became the third of Norm and Kay’s children to graduate from UA in 1967. After completing a PhD at the University of Chicago in 1971, he taught and administered at Ohio State University, followed by appointments as dean or vice president at Arkansas State University, the University of Arkansas System, and Indiana University-Purdue University at Fort Wayne. In 1991, he returned to UA as Senior Vice President and Provost for President William V. Muse. He served in other administrative roles under Presidents Elliott, Ruebel, and Proenza, retiring in 2006. Mark met Sandy Korman (BA, ’67, MA, ’68) on the stage in Kolbe Hall where they performed under the direction of Professor James F. Dunlap in “The Wonderful Tang,” summer 1965 Children’s Theatre Workshop. They married in 1969.