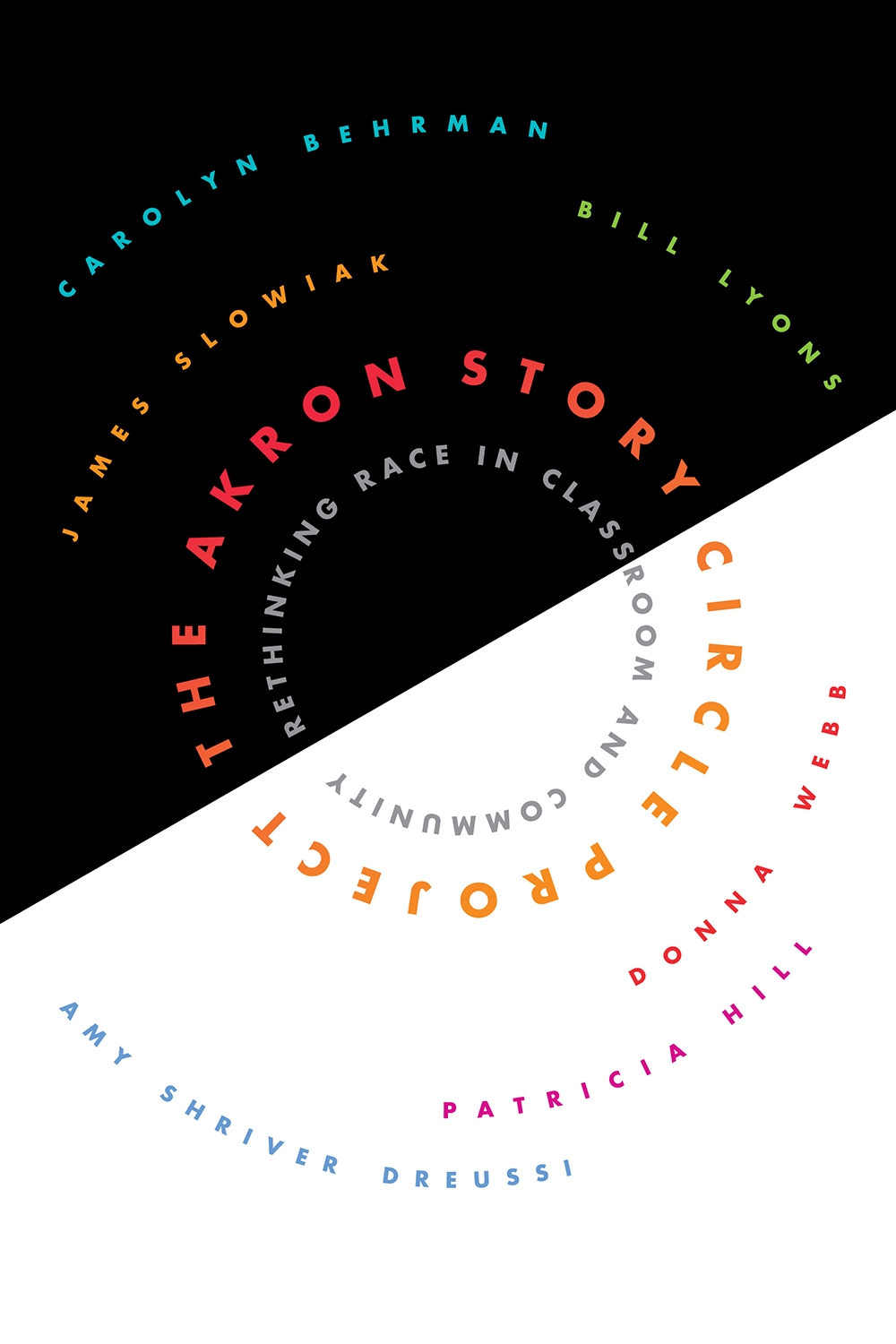 Rethinking Race in Classroom and Community

Cultures around the world have long employed storytelling to transmit important values and beliefs and to build community. Further, some research has indicated that individuals retain more from stories than other forms of information transmission like lectures. The pedagogical use of storytelling might have even more relevance in our digital society in which communication is shorter and less personal.Using ideas and practices generated by John O’Neal and Theresa Holden through their Color Line Project, several faculty members at the University of Akron began a storytelling project coinciding with Akron’s “Rethinking Race” event. The project brought together an intergenerational and intercultural group of students, community members, and other parties on an equal playing field, allowing participants to operate as co-creators of a community’s consciousness. The interactions brought a level of understanding about race that could not have been achieved in isolation. Moreover, the conversations, the stories, resulted in rich new avenues of academic engagement and extended artistic projects.This book is part user’s manual and part users’ stories. Mostly, it is the tale of a journey. Unlike a traditional classroom, in which an instructor has control, stories can veer anywhere, which can be a risky proposition. However, the results in understanding and learning cannot be denied. As one of the Akron faculty members put it: “we likely fail as teachers if our lesson plans do not generate hot moments, difficult dialogues, of both the foreseeable and the unanticipated variety.” The Akron Story Circle Project has initiated a process of lifetime learning and reassessment. One student was quite direct: “While we may look different on the outside, come from different cities or towns, grow up in different kinds of family, we all are participating in the same world and we all are trying to find what’s right, do what’s right, or simply survive this crazy thing we call life.”

Carolyn Behrman is associate professor of anthropology and codirector of the Active Research Methods Lab at the University of Akron. A methods junkie who believes “data are everywhere,” Dr. Behrman works with her undergraduate students in a variety of community-based research and service-learning contexts. Her broad research interests are power and poverty in urban communities. Current research foci include a study of gender and family health in neighborhood with decaying infrastructure and a study of diet, health, and culture change among South Asian refugees.

Bill Lyons is a professor of political science who has directed the Center for Conflict Management at the University of Akron for the past fifteen years. His major publications include The Politics of Community Policing: Rearranging the Power to Punish (1999) and Punishing Schools: Fear and Citizenship in American Public Education (with Julie Drew, 2006). Bill is a life-long Red Sox fan, who loves to hike and body surf, play basketball, ping-pong, volleyball, ultimate and more. He owns a round house on the RI shore with his partner Julie Drew.

Patricia Hill earned her PhD from Bowling Green State University with an emphasis in interpersonal and intercultural communication. She was an associate professor in the School of Communication at the University of Akron from 1999 until her retirement in 2014. During her tenure, her research interests included gender, race, and critical pedagogy. Her research was published in Women and Language, The Gerontologist, Journalism History, and The Electronic Journal of Communication and she has presented her work in numerous local, national, and international settings. Currently she contributes to the community as a communication consultant and guest lecturer.

James Slowiak is a professor of theatre at the University of Akron and coartistic director of the internationally acclaimed New World Performance Laboratory (NWPL). Slowiak received his MFA in directing from the University of California-Irvine and a BA in Anthropology, French, and Dramatic Arts from Macalester College. He has directed more than seventy theatre events and conducted workshops in performance ecology in Europe, Asia, and the Americas. He is coauthor (with Jairo Cuesta) of Jerzy Grotowski (Routledge, 2007).

Donna Webb, professor emeritus of the Myers School of Art at the University of Akron, received her MFA from the University of Michigan. She creates large-scale mosaic tile installations that enhance community stories. In addition to her involvement in the Akron Story Circle Project, Webb is a founding member of Synapse, which promotes collaboration between artists and scientists. Her work with various collaborators investigates the ideas of water and storytelling. Recent works, Spill and Cloud, as well as her tile installation at Angel Falls Coffee Co., are continuations of these investigations.

Amy Shriver Dreussi is an associate professor of social sciences in the College of Applied Technical Studies at the University of Akron. Dr. Dreussi, who left a career in journalism to become an academic, is cochair of the University of Akron’s Rethinking Race: Black, White, and Beyond, an annual series of events about race. She was the recipient of the university’s Diversity Service Award in 2015 in recognition of “contributions to diversity and inclusion through exemplary leadership.” She has presented at thirty local, state, regional, national, and international conferences, primarily on diversity and civic engagement. Off campus, she is the president of the Canton Area League of Women Voters and an avid traveler.